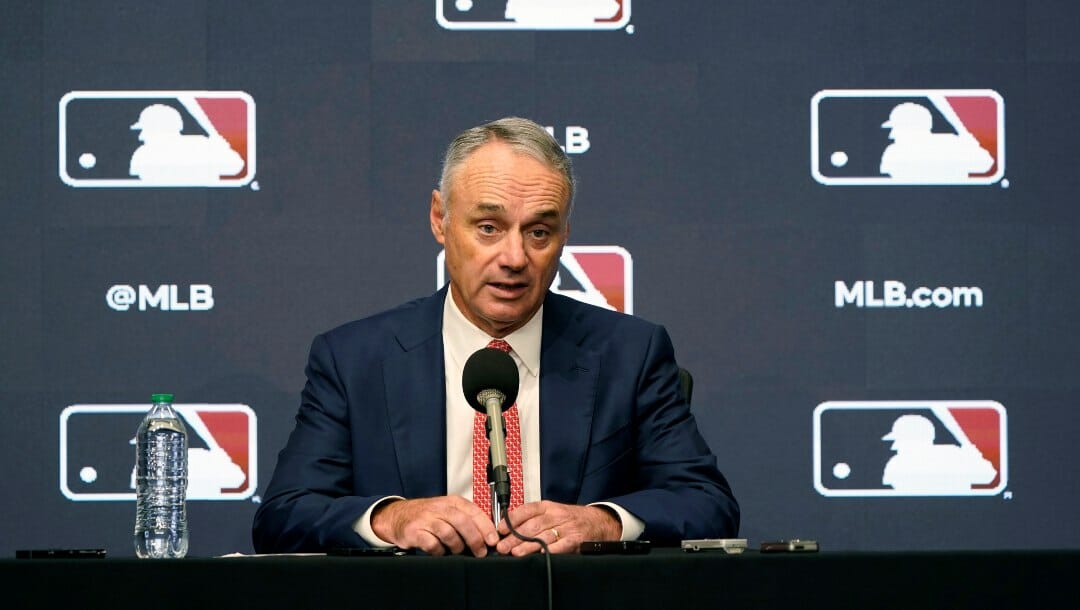 The MLB regular season doesn’t kick off until March 30, 2023, but the business of baseball never stops. Free agency, trades, player transactions, and rule changes all need to be organized and implemented during the offseason, but there are few opportunities for league executives and representatives from all 30 teams to be in the same room.

One of the most important MLB events of the year, the Winter Meetings are an annual opportunity for league executives, major and minor league team representatives, and other baseball higher-ups to convene to discuss league business, conduct trades, and host the Rule 5 Draft.

When Are the MLB Winter Meetings?

In 2022, the Winter Meetings are scheduled to run from Sunday, Dec. 4, through Wednesday, Dec. 7, at the San Diego Marriott Marquis in San Diego. This will be the first time the event has been held in person since 2019.

Who Attends the MLB Winter Meetings?

The Winter Meetings attract upwards of 3,000 people each year, requiring all attendees to either be members of Major League Baseball or the National Association of Professional Baseball Leagues, or approved non-members.

As well as a range of league executives, representatives from all 30 teams and their minor league affiliates attend the Winter Meetings, including team owners, field managers, team scouts, and other high-ranking principals. Approved non-members in attendance usually include players’ agents, lawyers, accountants, visitors from baseball-playing countries, and accredited members of the press.

Contracted major league players rarely go to the Winter Meetings, but it’s not unusual for free agents to attend. With so many representatives from across the league, the event is a great opportunity for free agents to introduce themselves to teams and other attendees.

The Professional Baseball Employment Opportunities’ job fair is held alongside the Winter Meetings each year. This is a chance for recent college graduates seeking employment with minor league organizations to schedule interviews and network within the industry.

What Is the Rule 5 Draft?

The Rule 5 Draft, which is held on the final day of the Winter Meetings, sees major league teams draft minor league players who are not yet on a team’s 40-man roster. The goal is to prevent teams from stockpiling young players in their minor league affiliate teams when other clubs would allow them to play in the majors.

To be eligible for selection in the Rule 5 Draft, players must not be on their major league organization’s 40-man roster and also meet one of the following criteria:

Making a selection in the Rule 5 Draft isn’t mandatory and not every team will do so. However, those teams that do draft a player must pay a $100,000 fee to the club from which said player was selected.

Teams draft players in the reverse order of the standings from the previous season, and any player selected in the Rule 5 Draft must remain on their new team’s active 26-man roster for the entire 2023 season or be placed on waivers and offered back to their former team for $50,000. If the player’s previous team doesn’t want to reacquire him, only then can the player be outrighted to the minor leagues.