Most Points Scored by a Player in an NBA Game 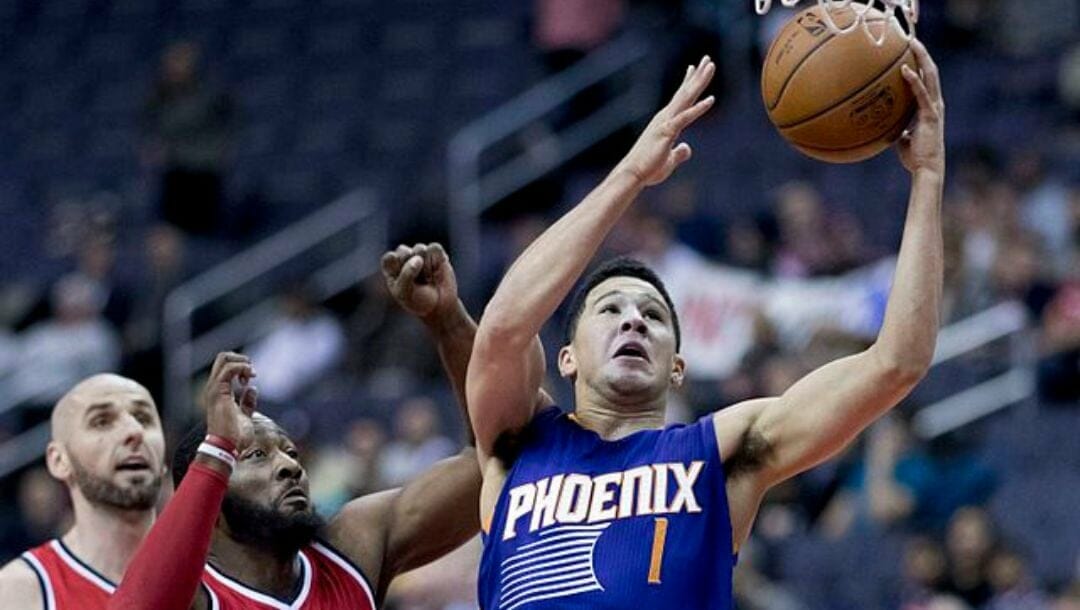 The game of basketball is constantly evolving, so is the NBA, but the ultimate goal hasn’t changed, and that is to score higher points against your opposing team to get the victory. With this in mind, players have produced an offensive arsenal throughout the history of the NBA to boost their team’s NBA championship odds.

In today’s modern era, there are plenty of spectacular scorers who are displaying an array of in-game moves to find the bottom of the net which adds to the excitement of NBA betting. From Stephen Curry’s long-distance shots, DeMar DeRozan’s elbow jumper up to Giannis Antetokounmpo’s unstoppable drive, we’ve witnessed it all.

But who has accumulated the most points in one game among these NBA superstars? Here’s a list of the top seven NBA players who hold the most points in a single game. Please note that this list consists of different players as Wilt Chamberlain scored multiple 70-point games.

Wilt Chamberlain is arguably the most dominant player in history, his record of 100 points in a single game is one solid case to claim this title. On March 2, 1962, he did this during his third year in the league in a win against the New York Knicks. Chamberlain shot 36 out of 63 attempts at 57.1% efficiency, thus adding 28 free throws. Additionally, he grabbed 25 rebounds in the same game to cap off the historic night.

On January 22, 2006, Kobe Bryant torched the Toronto Raptors inside the Staples Center with 81 points to set the second-most points scored in a single game. Bryant’s shooting was brilliant in this game as he shot 53.8% on threes and 60.9% overall on 46 attempts. This was also Bryant’s highest-scoring season as he averaged 35.4 points in 80 games that season. Kobe helped the Lakers take the victory over the visitors.

Despite losing the game to the Detroit Pistons, 137-139 on April 9, 1978, the Denver Nuggets had a silver lining as they witnessed the third-highest scoring by a player in one game after David Thompson put up 78 points. Thompson did this in his second year in the league and averaged 27.2 points, the highest-scoring season of his eight-year career. He did it in an incredible 73.7% shooting from the field on only 38 attempts.

On April 24, 1994, David Robinson literally carried the offensive load of the San Antonio Spurs when he scored 71 points and was the only player to produce a double-digit output against the Los Angeles Clippers. This season was also his highest-scoring number at 29.8 per game in 80 games. This performance from the two-time NBA Champion and former one-time MVP blew the Los Angeles Clippers, 112-97 on their home floor, to pick the win for his team.

One of the best forwards in history, Elgin Baylor has schooled the New York Knicks on November 15, 1960, as he scored his highest-scoring game of his career of 71 points to collect the fifth win of the Lakers in that season, 123-108. Baylor produced this scoring feat in his sophomore year and averaged the fourth-best season average of 29.6 points per outing.

Devin Booker’s 70-point game against the Boston Celtics on March 24, 2017, is the highest output by any player in recent memory. The then-second-year player from Kentucky has shown a glimpse of his potential in this game and cemented his place as the franchise’s new cornerstone. He shot 52.5% from the field on 40 tries, thus adding eight boards and six assists in a losing effort.

Devin Booker with 70 points tonight when just 2 years ago he scored only 70 points during the entire month of March at Kentucky. Unreal! https://t.co/ZniVe2MrAC

Hailed as the G.O.A.T by many basketball fans, Michael Jordan poured in his career-high in an overtime thriller against the Cleveland Cavaliers on March 18, 1990, to secure the 46th win of the Chicago Bulls in that season. The six-time NBA Champion and five-time MVP needed 37 attempts and converted 23 of them for a high percentage of 62.2. He also added 18 rebounds, six assists and four steals to finish the game.