Most Points Scored in the NBA All-Star Game 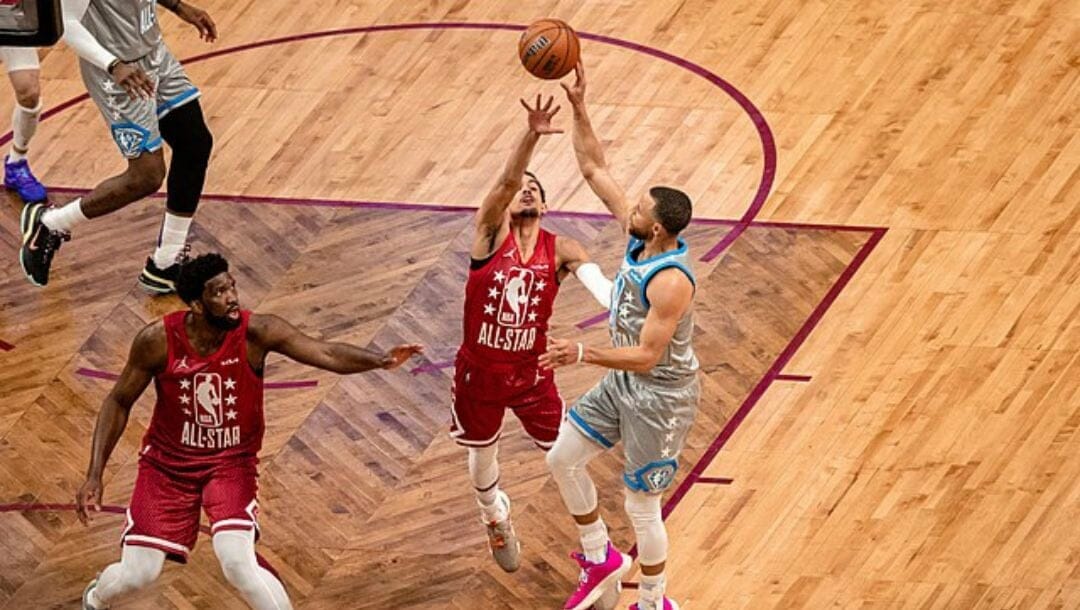 The annual NBA All-Star Game gathers the brightest stars around the league to play an exhibition game for the fans and indicate that the season is at the midway point. This also gives everyone some time off from the high-level competition of increasing their chances in the NBA championship odds and have fun for a moment.

But at times, their competitive nature is taking over, so some of them have produced high-scoring output in the game which is a good opportunity for NBA betting. Only five players in the history of the yearly basketball festivity have produced 40 points or more, with Anthony Davis holding the record with 52 points in 2017.

Aside from Davis, we will be looking at the other four players who put up big scoring production in the NBA All-Star Game.

Hometown star Anthony Davis made sure to display an inspiring performance in the 2017 All-Star Game when he set the record for the most points with 52 to help the Western Conference win over the Eastern Conference, 192-182. Davis also recorded ten rebounds in 32 minutes to cap off the historic night inside the Smoothie King Arena in New Orleans. Additionally, he converted 26 shots on 39 attempts for 66.7% and took home the MVP award.

In the 2017 #NBAAllStar Game, @AntDavis23 was named MVP after scoring an All-Star record 52 points!

The most recent scoring outburst in an NBA All-Star happened this past February when Golden State Warriors superstar Stephen Curry canned the record-setting 16-three point field-goals in the Cleveland festivities. He helped Team LeBron secure the 163-160 victory over Team Durant. Besides the 50-point performance, he was also able to tally five rebounds, two assists and two blocks on his way to become the fifth Golden State player to bag the all-star game MVP.

The greatest All-Star performance in NBA history? Just might be 😎

Second on the list is the great Wilt Chamberlain, who generated 42 points in the 1962 All-Star game. However, his valiant effort was not enough to carry the Eastern Conference past the Western Conference team because they lost the game, 150-130. Chamberlain played for 37 minutes and shot an outstanding 73.9% from the field on 23 attempts. Bob Pettit of the St. Louis Hawks bagged the MVP honors in that game with 25 points and 27 rebounds.

In 2016, Paul George set the previous record for the most three-pointers made and attempted in a single All-Star Game with 9 and 19, respectively. George, who was still with the Indiana Pacers, played for 27 minutes and added five boards in his tally. He went on to score a game-high 41 points in that game, but it wasn’t enough as the Western All-Stars topped his Eastern All-Stars, 196-173.

On his fourth NBA All-Star game selection in 1988, Michael Jordan showed out for the home fans in Chicago as he helped the Eastern Conference team win over the Western Conference, 138-133. Jordan finished the game with 40 points, eight rebounds, four blocks, four steals and three assists. He also displayed his nerves in the clutch when they fended off the late run from their opponents. Jordan went on to pick up the MVP game award to finish off the night.