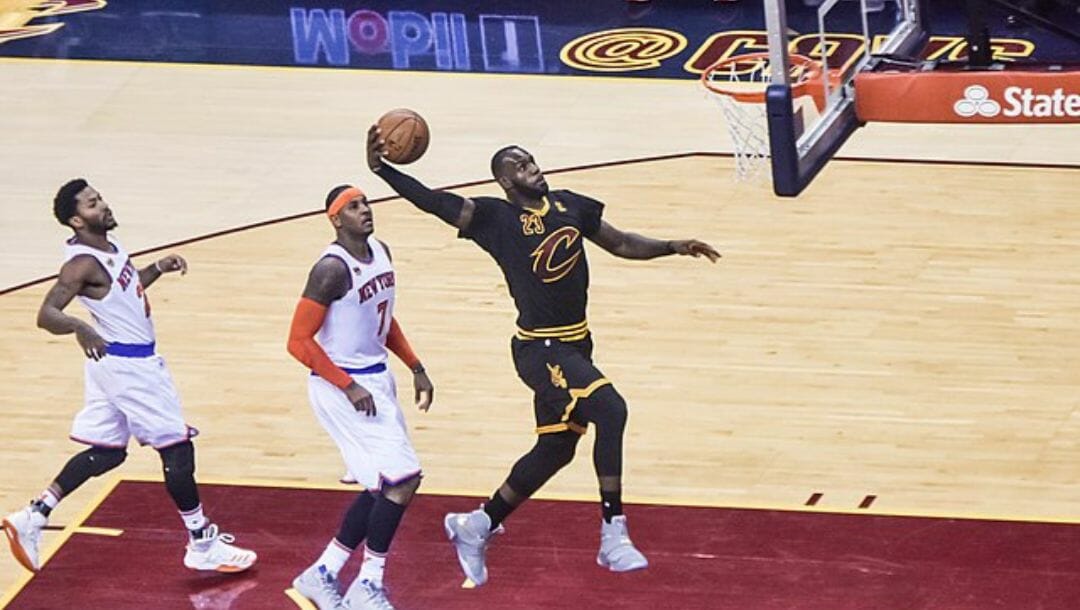 The atmosphere of the NBA Playoffs is unlike any other throughout the season because all teams are playing at their absolute best to try to win it all and improve their chances in the NBA championship odds. This seven-game series and race-to-four format have raised the level of competition, setting the stage for players to perform to their finest.

But certain superstars maximized the opportunity to showcase their talent under the brightest lights of the postseason, and big-time performances resulted in being the leader of a specific statistical category. This also swayed the fans to put their bets on their teams through different NBA betting lines.

From the points leader up to the triple-double king, we will look into the seven statistical all-time leaders in the NBA Playoffs.

LeBron James scored the most points in the postseason for his career playoff appearances (15) with 7,631 and is likely to go up even further until he retires. James appeared in 266 games and only lost once in the first round (2021 playoffs against the Phoenix Suns). Meanwhile, Michael Jordan claimed the highest points per game average of 33.4 for his 13 playoffs stint and 179 games that produced six NBA titles with the Chicago Bulls.

Bill Russell is an 11-time NBA champion for several reasons, but one significant factor is his ability to crash the boards, as he led the postseason with the most rebounds in history. Russell grabbed 4,104 rebounds in 13 playoff appearances with a total of 165 games. He has 191 more rebounds over Wilt Chamberlain. Additionally, the Boston Celtics legend holds the highest average rebound with 24.8 per game.

John Stockton is the all-time leader in assists with over 15,000, but Magic Johnson has dethroned him in the playoffs after dishing out 2,346 assists in his 13 postseason runs and 190 games. Additionally, the five-time NBA champion is the only player ever to break the 2,000-mark in the assist category. Johnson spearheaded the ‘’Showtime Lakers’’ during his tenure with them, and as a result, he also has the highest assists per game average with 12.3.

*And counting! Also, 3 of the top 6 are with these Lakers pic.twitter.com/uFvq3wci9H

Defense is another key factor in the postseason, and steals are part of it. LeBron James possesses the total number of steals in the playoffs with 454 for his combined 15 year-stretch suiting up for the Cleveland Cavaliers, Miami Heat and the Los Angeles Lakers. On the other hand, Baron Davis had the highest per game steals average of 2.3 (minimum of 50 games played) for his seven playoff seasons with the Charlotte Hornets, Golden State Warriors and the New York Knicks.

Two big men dominated the paint area in the blocks department, where they swatted multiple shots. San Antonio Spurs icon Tim Duncan accumulated 568, outlasting other greats like Kareem Abdul-Jabbar (476), Hakeem Olajuwon (472) and Shaquille O’Neal (459). Duncan did this in 18 playoff runs and 251 games. Meanwhile, Hakeem Olajuwon racked up the highest blocks per game average of 3.3 for his 15-year postseason run with 145 games played.

As for the triple-double leader, Magic Johnson remains at the top of the category after producing 30 triple-doubles in his career. Although LeBron James is likely to surpass that mark this year (James currently has 28), Johnson’s feat is still remarkable because he only needed 190 games to do it.