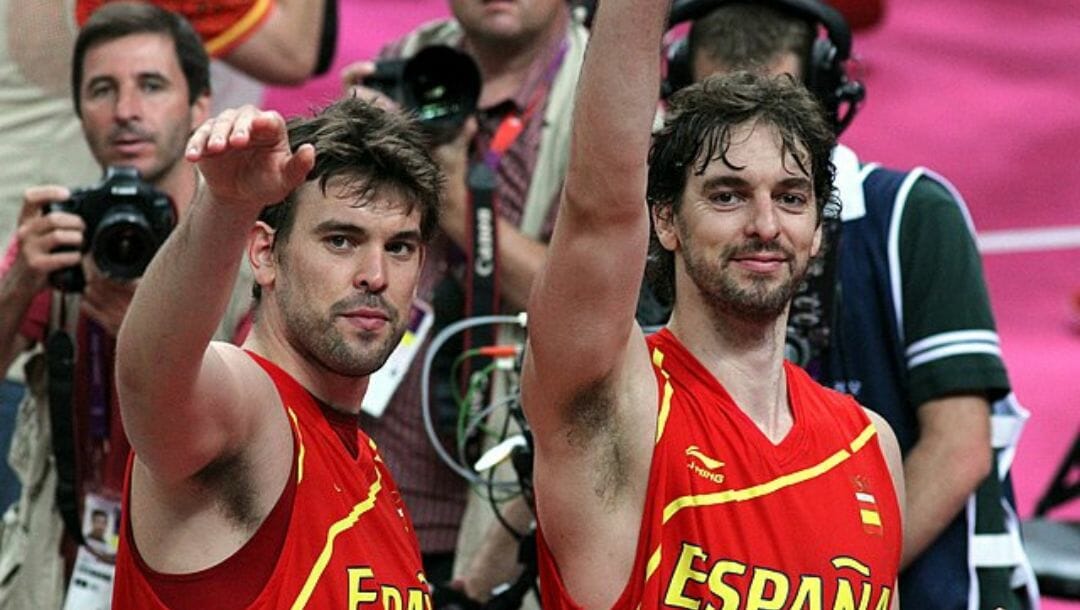 When the Orlando Magic drafted Franz Wagner in the 2021 NBA Draft as the 8th overall pick, he and his older brother Moritz Wagner have officially joined the list of brothers who played simultaneously in the NBA. This ‘’brotherly affair’’ has been a staple in the league for quite some time now and it is a rare case in the basketball odds.

We have seen several siblings suit up for the same or different teams on the court, which created spectacular and memorable moments for their families. But not all of them have found success in the league. Today, we listed the top six siblings who have shared the NBA court which added more excitement in NBA betting.

Stephen and Seth Curry are the sons of former NBA player Dell Curry. Steph was first to come in the league in 2009 by being the 7th pick of the Golden State Warriors and helped them win three titles. On the other hand, Seth was an undrafted player and earned his spot with Memphis in the 2013-14 season. The younger Curry also bounced around teams before finally finding his role as a steady combo guard. Since then, the pair have been prolific shooters in the league.

The Spanish siblings of Pau and Marc Gasol are one of the few brothers who both won a title in the NBA throughout their careers. Pau was one of the top forward/centers for the Los Angeles Lakers in seven seasons, helping them win two championships in the process. His younger brother, Marc, also created an excellent reputation for being a reliable big man who earned him a title with the Toronto Raptors in 2019. In different years, the Gasols also played for Memphis, with Pau spending seven years, while Marc played for eleven seasons.

Pau Gasol and Marc Gasol are the only brothers in NBA history to each have been named NBA All-Stars AND each win an NBA championship during their careers! #NationalSiblingsDay pic.twitter.com/nC5hVqP1yT

With a similar style of play as a defensive-minded forward with good shooting from the three-point area, the Morris twins earned their spot in the league in 2011. Phoenix picked up Markieff Morris as the 13th pick, and Houston drafted Marcus as the 14th pick. The two had their time together in Phoenix when Marcus was shipped there. Since then, the two have become reliable role players in different teams. So far, only Markieff Morris was able to win a title with the Los Angeles Lakers in 2020.

In the 1980s, there was a brotherly rivalry between Dominique and Gerald Wilkins. The ‘’Human Highlight-Reel’’ had a more illustrious career during his 15-year run in the NBA. Dominique put up better numbers than his younger brother Gerald, who played 13 seasons as the Atlanta Hawks legend accumulated an average of 24.4 points, 6.7 rebounds and 2.5 assists against Gerald’s 13.0 points, 2.9 rebounds and 3.0 assists. The older Wilkins was also picked higher in the draft as the third overall, while the younger Wilkins was picked up in the second round of the draft in 1985. Unfortunately, both of them failed to capture an NBA title.

One of the very first siblings and twins to ever play in the NBA is the duo of Tom and Dick Van Arsdale. The twins played for 12 seasons each, with Dick being picked by Indiana as the 13th player in the second round of the draft, and Van quickly followed as Detroit’s 14th pick in the same round. Both had decent careers in the NBA, and they finally teamed up on their last year in Phoenix during the 1976-77 season, where they helped the Suns win 34 games and place 10th in the standings.

Besides Pau and Marc Gasol, other siblings who won an NBA title are Jrue and Justin Holiday. Although Jrue entered the league earlier in 2009 via the NBA Draft, Justin was the first to win his title with the Golden State Warriors in 2015 as a back-up guard. The younger Holiday earned his spot in the league as he went undrafted in 2012. Meanwhile, Jrue finally won his championship in 2021 with Milwaukee after previously playing for Philadelphia and New Orleans in his first eleven seasons.

Justin and Jrue Holiday supporting their little brother, Aaron, at the #NBADraftLottery pic.twitter.com/upNdnULKeD