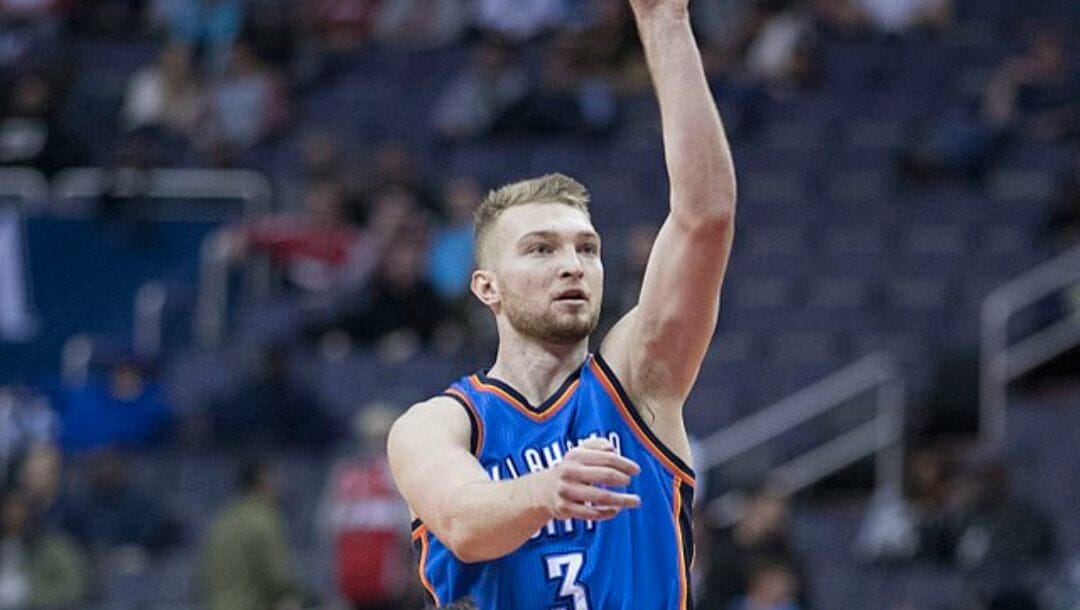 Twenty-seven second-generation players are currently suiting up in the NBA this season. This number has been growing steadily in recent years. Former players’ sons have been following in their fathers’ footsteps to play in the league to make their own impact and improve their team’s NBA championship odds. In fact, since the 2015-2016 season, there have been 11 second-generation players who entered the league.

Looking at the basketball odds, this number can multiply in the coming years as more younger players throw their names in the NBA draft. But the success of their fathers is not always guaranteed for their sons, and sometimes, the son has a more successful career than their father’s career.

Today, we will dive into the top six second-generation NBA players and see how they fare against their old man’s career.

Kobe Bryant had a legendary career in the NBA. In his 20-year career, he collected five NBA titles (two Finals MVP) one season MVP award and has been selected 18 times to be an NBA All-Star. But many fans are not aware that the ‘’Black Mamba’’ was a second-generation player as his father, Joe Bryant, played in the NBA for eight years from 1975 to 1983. However, the older Bryant didn’t have the success that the younger Bryant did during his time in the league.

Picked by the Utah Jazz as its 15th pick in the 1986 NBA Draft, Dell Curry has forged a path to his son, Stephen Curry. The former Virginia Tech standout played for five teams in 16 seasons and was awarded the 6th Man of the Year honor in 1994. His passion has ascended to his son, Steph Curry, who pursued the same road. The younger Curry has since revolutionized the game with his incredible shooting, on his way to three titles, two MVP awards, seven NBA All-Star selections and the leader for most three-pointers made in history.

One of the league’s spectacular scorers, Pete Maravich, was the son of another ex-NBA player Press Maravich. The older Maravich was an undrafted player and suited up for the Pittsburgh Ironmen in the 1946-47 and appeared in 51 games. Twenty-four years later, his son Pete was selected by Atlanta as their 3rd pick in the draft. The younger Maravich had ten seasons in the league, won the scoring title in 1977, and became a five-time all-star.

Melvin Booker, who played in the NBA for two seasons from 1995 to 1997, went undrafted. He only played for a total of 31 games in his career with Houston, Denver and Golden State and averaged 5.2 points, 2.3 assists and 1.2 rebounds. But 18 years later, his son Devin was drafted as Phoenix’s 13th pick in the 2015 NBA Draft. Currently, the younger Booker is considered to be one of the most prolific offensive players in the league, putting up 25.7 points per game this season. He also helped the Suns franchise reach the NBA Finals last season but fell short of a title against the Milwaukee Bucks in six games.

Mychal and Klay Thompson’s duo is arguably the most successful father-and-son pair in NBA history so far because both of them have succeeded in winning multiple NBA titles in their basketball journey. Mychal Thompson won back-to-back championships with the Los Angeles Lakers in 1987 and 1988, while Klay Thompson had three of his own in 2015, 2017 and 2018. The older Thompson was a reliable center off the bench who provided a steady presence in the paint area and the younger Thompson is one-half of the ‘’Splash Brothers’’ of the Warriors.

Before we witnessed Domantas Sabonis’ skills in the NBA, the league had seen the dominance of his 7’3 behemoth father, Arvydas Sabonis. The Portland Trail Blazers drafted the older Sabonis as their 24th pick in the 1986 draft. He suited for seven seasons and garnered an average of 12 points, 7.3 rebounds, 2.1 assists and 1.1 blocks per game. The younger Sabonis’ numbers are at par with his old man as he racks up 14.2 points, 9.1 rebounds, 3.5 assists and 0.4 blocks so far in his young NBA career.

like father, like son.@Dsabonis11 has officially passed his dad, Arvydas, in career points, rebounds and assists 🙌 pic.twitter.com/kgQHiIeeZX