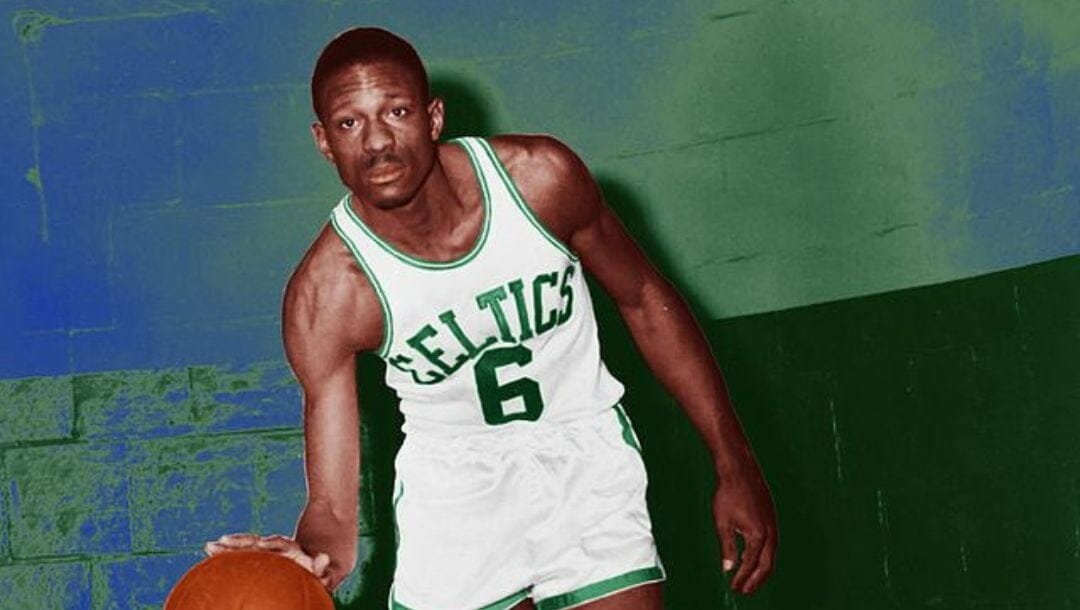 We witnessed two NBA records were broken during the 2021-22 season, with Stephen Curry surpassing Ray Allen’s record in three-point field goals made (and improving his NBA odds to be hailed as the greatest three-point shooter of all-time), and the Memphis Grizzlies setting the biggest winning margin over the Oklahoma City Thunder.

But, there are still tons of NBA records, and some are highly unlikely to be matched or even get eclipsed in the basketball odds. We have listed the top seven NBA records that might stand forever.

Most Points Scored in a Game

Even with a much faster pace of play today, Wilt Chamberlain’s record for the most number of points scored in an NBA game will be hard to break. Chamberlain recorded 100 points in March 1962 against the New York Knicks. He also shot an efficient percentage from the field, making 36 out of 63 attempts throughout the game.

Additionally, he grabbed 25 rebounds to finish off the historic game. The closest player to ever get to 100 points is Kobe Bryant, who had 81 points in January 2006 in a win against the Toronto Raptors.

Most NBA Titles Won by a Player

The record for the most number of titles won by a single player in the NBA is Bill Russell. He won a whopping 11 championships with the Boston Celtics during the 1950s and ’60s. The difficulty to even get to multiple final appearances in the modern era of the league will be why this achievement will be unbreakable.

The most number of final appearances by a player today is LeBron James, who had 10 trips to the finals (won 4) in his 19 years in the league.

Bill Russell, an 11x NBA champion and the cornerstone of the @celtics dynasty, was an uncanny shot blocker who revolutionized NBA defensive concepts.#NBABDAY #BHM pic.twitter.com/HeL4AawEyZ

Longest Winning Streak by a Team

The Phoenix Suns has recently eclipsed their franchise record for most consecutive wins in an NBA season with 18 straight victories in the regular season. That feat is quite impressive, but that doesn’t come close to the official record in NBA history.

It is hard to win a game against Wilt Chamberlain, Jerry West, and Elgin Baylor on one team. They showed this in the 1971-72 season, where they managed to win 33 straight games and set the record for the most consecutive wins by an NBA team. They ended with the league-best 69 wins and 13 losses and eventually won the title in that season.

Most Scored Points in a Half by a Team

The ease or difficulty of scoring in the current pace and play of the league is debatable, but regardless, it is hard to put up a huge amount of points on the board especially in the biggest and grandest stage of basketball as the competition is at its highest.

The 1990-91 Phoenix Suns set the record for most points scored by a team in a half with 107. Kevin Johnson and Dan Majerle, the team’s on-two combo, led this accomplishment. In the first quester alone, they already produced 50 points and added another 57 in the second to officially write this in the history books. They ended the game with 173 points (tied for most points scored in a game without any overtime/s) and got the win over the Denver Nuggets.

Golden State's 92 first-half points are the second most ever in a first half. Phoenix scored 107 points in the first half vs. Denver on Nov. 10, 1990.

Most Consecutive Games Played by a Player

The current pandemic caused by the COVID-19 virus has made it difficult for players and the league in general to be consistent in fielding players on the court on a consistent basis, but there was one player who was able to play more than 1,000 games straight.

Having an entire season in the NBA nowadays is quite rare, given that many teams are employing load management with their players and resting superstars to be ready in the postseason. This is the reason why A.C. Green’s record for the most consecutive games played will be difficult to surpass. Green played for 14 straight seasons, from 1987 to 2001, for 1,192 games straight. This is a testament to his outstanding durability, which is why he is NBA’s ‘’Ironman.’’

Most Assists in NBA History

The stat-conscious mentality in the NBA has been on a steady-growth from the past years. But, there is one category that these young players might be difficult to surpass as its leader John Stockton still reigns in that segment.

In his 19-year career in the NBA, John Stockton became one of the best pure point guards the league has ever seen. A great testament to this is his record of 15,806 assists as he and Karl Malone perfected the pick-and-roll play, which was the primary formula to Jazz’s success in the 1990s. The closest player to this number by Stockton is Jason Kidd, who had 12,091 assists, which makes this record unbreakable.

19 years ago today, John Stockton became the first (and only) player to record 15,000 assists in NBA history. pic.twitter.com/4DzNskvLis

Most Assists in a Single Game

Although John Stock was the leader in the all-time assists category, there is one man who made more assists than him in a single game and even got into the 30-mark to set the record for the most assists in a single NBA game.

Long before he was a head coach in the NBA, Scott Skiles was a legitimate playmaker during his career in the league as a player. He played for five teams in the NBA in 10 years, having stints with Milwaukee, Indiana, Orlando, Washington and Philadelphia. But the highlight of Skiles’ career is his record 30 assists in one game. He did it against the Denver Nuggets in December 1990 to help his team win a one-sided game, 155-116.