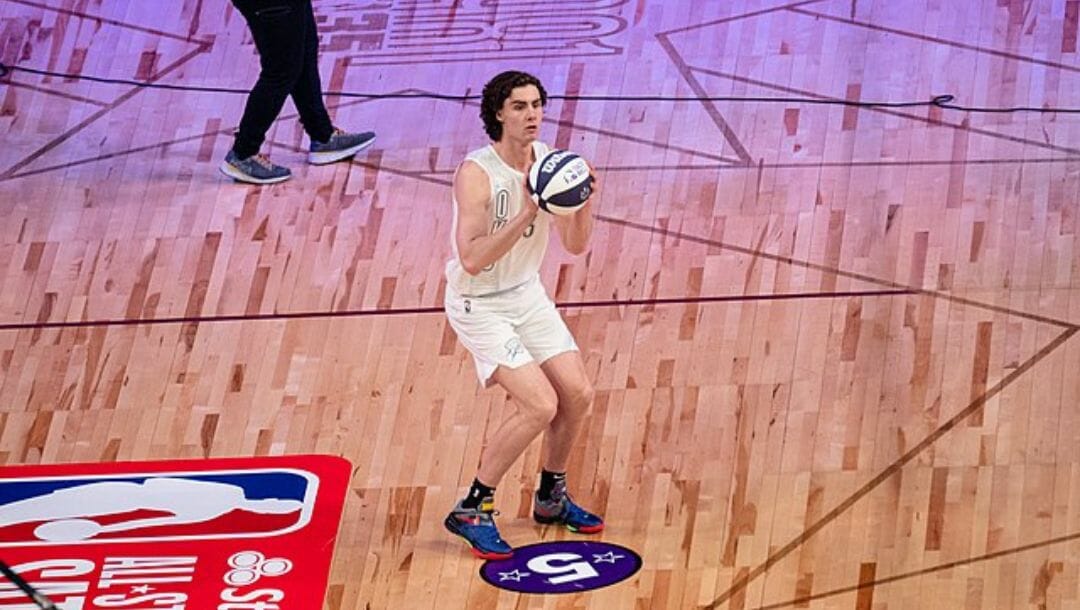 The NBA is not only experiencing a three-point shooting revolution in today’s era, but the league is also seeing a youth movement, meaning a lot of young players are entering the league. This trend paves the way for record-setting milestones and a race to be the youngest in any category, making NBA betting more exciting.

Youngest player with a triple-double:

They are the only 19 year-olds with a triple-double in NBA history. pic.twitter.com/bEtooFkNnq

One of the statistical achievements these players are chasing is the coveted triple-double mark, a spectacular basketball accomplishment. With all these in mind, we will look at the top seven youngest NBA players to achieve a triple-double that redefines the NBA odds with this feat.

Oklahoma City Thunder rookie Gosh Giddey has recently set the record for the youngest player to achieve a triple-double in the NBA. In their game against the Dallas Maverick on January 2, the Australian registered 17 points, 13 rebounds and 14 assists to surpass LaMelo Ball’s previous record. Giddey was 19 years old and 84 days old when he recorded his first-ever career triple-double, a silver lining in the loss to the Mavs.

Josh Giddey became the youngest player in NBA history with a triple-double in consecutive games. pic.twitter.com/DIh6g2KV7J

Reigning NBA Rookie of the Year awardee LaMelo Ball is the second-youngest player in NBA history to record a triple-double. In their game against the Atlanta Hawks on January 9, 2021, he helped the Hornets pick up the victory. At that time, he was 19 years and 140 days old. Ball put up 22 points, 12 rebounds and 11 assists and got the team’s highest plus-minus value of +18 in that game.

LaMelo Ball becomes the youngest player in NBA history to record a triple-double.

2017 first overall pick Markelle Fultz became the youngest player in the Philadelphia 76ers franchise to reach a triple-double when he had 13 points, 10 rebounds and 10 assists in a win over the Milwaukee Bucks on April 11, 2018. Fultz came off the bench and played for 25 minutes and shot 46.2% from the field. Fultz achieved this milestone at 19 years and 317 days old.

Markelle Fultz became the youngest player in NBA history to record a triple-double (19 years and 317 days), passing Lonzo Ball who accomplished it earlier this season.

Before this season, the youngest player to ever record a triple-double was a man by the name of LeBron James pic.twitter.com/2RVlc15Gwx

During his rookie season, Slovenian sensation Luka Doncic got his first-ever triple-double number on January 21, 2019. Doncic played 33 minutes in that game and tallied 18 points, 11 rebounds and 10 assists. Though they lost the game against the Milwaukee Bucks, 116-106, he recorded three more triple-doubles before turning 20 years old in that year.

Lonzo Ball was still part of the rebuilding Los Angeles Lakers in 2017 when he earned his first career triple-double at 20 years and 15 days old. The older Ball finished the game with 19 points, 12 rebounds and 13 assists in 39 minutes of play versus the Milwaukee Bucks on November 11, 2017. Zo was also the youngest player in Lakers’ franchise history to achieve the milestone despite losing the game.

In the early playing years of LeBron James, he was always a rebound or an assist shy of completing a triple-double. He finally broke this hump in his second season with Cleveland when he put up 27 points, 11 rebounds and 10 assists in a win over the Portland Trail Blazers, 107-101, on January 19, 2005. It was the record at that time, and James was just 20 years and 20 days old.

In 2017, Luka Doncic was not the only rookie to record a triple-double for the Dallas Mavericks, as his teammate Dennis Smith Jr. put up his own in their victory against the New Orleans Pelicans. The second-generation player had 21 points, 10 rebounds and 10 assists to help secure the 12th win of his team that season. Smith Jr. was 20 years old and 34 days when he accomplished the feat at that time.