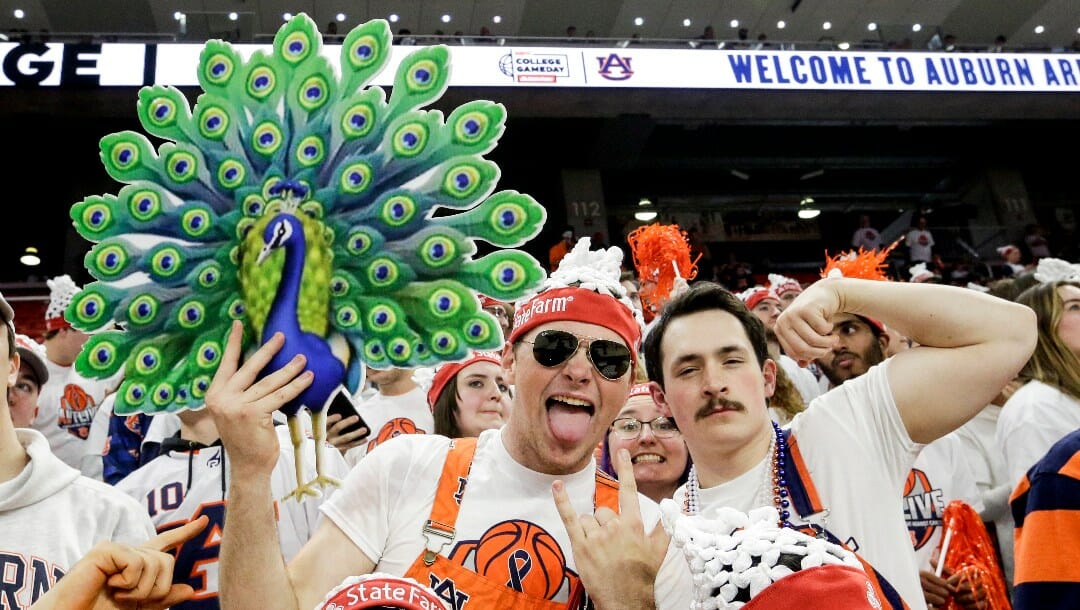 Twelve years after ESPN first broadcasted College GameDay from the site of a college football game – Florida State at Notre Dame in 1993 – the network created its college basketball brethren to visit arenas ahead of highly anticipated matchups on Saturday mornings in January, February, and March.

Kentucky has been featured at least once annually since 2010 and was most recently a road team for GameDay last January when they visited Kansas. They hosted in February 2019 when Tennessee was in town, one of two GameDay appearances for a Vols-Wildcats game (2010).

Other potential options: Providence at Creighton, Wisconsin at Indiana, Arizona at Oregon, and Texas Tech at Texas.

From 2011-17, Arizona was a GameDay staple; they hosted three times and had two road appearances. But since 2018, they’ve appeared only once; they hosted vs. Oregon last February.

Voice got a little scratchy on College GameDay today. Out too late in Tucson poppin' bottles in the club; that's what winners do.

Other potential options: TCU at Kansas, Miami (FL) at Duke, and NC State at North Carolina.

Houston’s first GameDay appearance didn’t come until 2019 (vs. UCF), and they haven’t hosted since. With a loaded roster and early-season résumé opportunities – at Oregon, vs. Alabama, at Virginia – the Cougars could be a top-3 team with national championship potential come late January.

That probably won’t be enough to earn the nod over an SEC-Big 12 Challenge game, most likely Arkansas-Baylor or Kansas-Kentucky.

Other potential options: Texas at Tennessee, Cincinnati at Houston, and Alabama at Oklahoma.

College GameDay has broadcasted 16 Duke-North Carolina games, more than any other matchup. Hopefully, they pass on a 17th time and visit Creighton for the first time.

Creighton has one all-time GameDay appearance; they were a road team against Southern Illinois in 2008. And Villanova, surprisingly, hasn’t appeared since 2011, one of only two all-time appearances.

Other potential options: North Carolina at Duke, Auburn at Tennessee, Texas Tech at Baylor, and Kansas at Iowa State.

The schedule could be loaded on Feb. 11, so both Indiana and Michigan must be nationally relevant for Michigan to host for the first time since 2015.

GameDay last broadcasted from a Michigan-Indiana game in 2013; they were in Bloomington for the third-ranked Hoosiers’ win over the top-ranked Wolverines.

Other potential options: UConn at Creighton, BYU at Gonzaga, Duke at Virginia, Baylor at TCU, UCLA at Oregon, and Alabama at Auburn.

Kansas has appeared at least once in 16 of the show’s 17 on-location years, including twice in 2022 – vs. Kentucky and at Baylor. And if both the Jayhawks and Bears are national title contenders in mid-February, GameDay will likely be in Lawrence for the 11th time.

Entering the season, only Duke (12) and North Carolina (11) have hosted GameDay more than Kansas.

And you know the first stop had to be Allen Fieldhouse. pic.twitter.com/SmlFqvOTZN

Other potential options: Tennessee at Kentucky, Seton Hall at UConn, and Illinois at Indiana.

Gonzaga hasn’t hosted College GameDay since 2009, one of only two all-time home GameDay appearances for the Bulldogs.

Milquetoast national interest and weak conference schedules have kept the show away from Spokane for over a decade. And a return in 2023 will require ESPN passing on several potentially high-level matchups, including Texas-Baylor and Auburn-Kentucky.

Other potential options: Texas at Baylor, Auburn at Kentucky, Virginia at North Carolina, Arkansas at Alabama, and TCU at Texas Tech.

From 2012-19, GameDay picked Duke-North Carolina for the season finale each year. They passed in 2020 – for George Washington at Dayton – but returned in 2022 as Coach K bid adieu to Cameron Indoor.

There are several other potential blockbusters on March 4, but there’s no reason to bet against another Duke-North Carolina game.

Other potential options: Kansas at Texas, Kentucky at Arkansas, Tennessee at Auburn, UConn at Villanova, and Arizona at UCLA.