How Long Is a College Basketball Game? 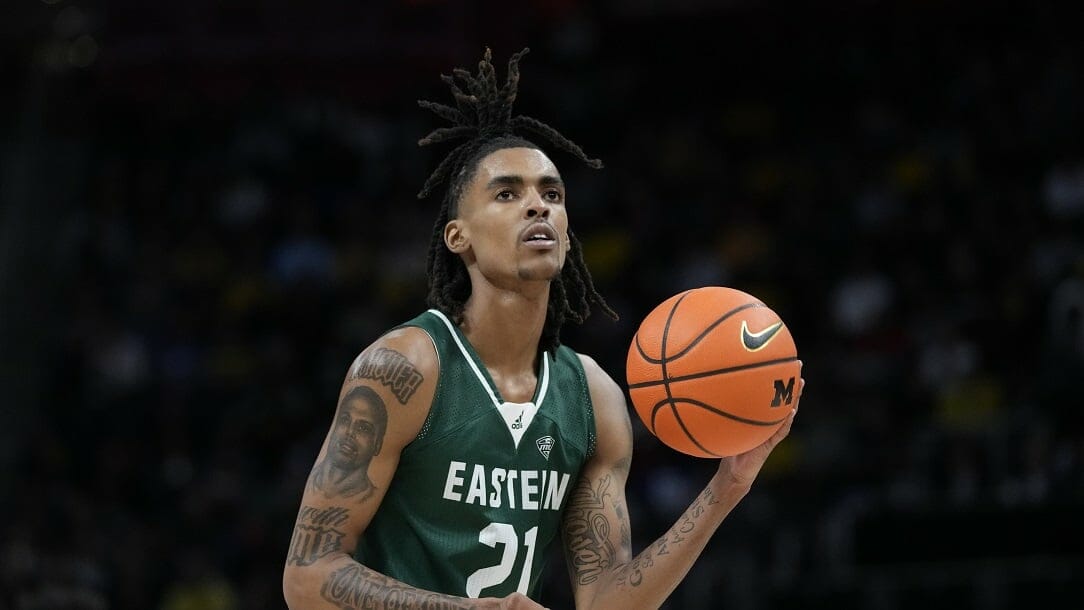 During this part of the calendar, time is especially tight. Many sports fans are already spending hours watching football on the weekend; now, they’re reserving blocks of time on random Tuesday nights for college basketball, too.

All that brings us to a key question, sometimes asked by incredulous, exasperated spouses. Exactly how long is a college basketball game?

How Long is a College Basketball Game?

The average college basketball game runs for about two hours, varying slightly based on the pace of the game and the number of fouls committed in the final minutes.

The length of a college basketball game can absolutely be affected by its media coverage.

There are typically eight media timeouts in any men’s college basketball game, called at the first stoppage of play after the 16-minute, 12-minute, 8-minute and 4-minute marks of both halves.

These media timeouts may drag on for several minutes in a game with a heavy broadcast component, like the national championship

Media timeouts can go much quicker for a game that’s broadcast on a local channel or limited to radio.

How Many Minutes Are College Basketball Games?

From 1951-54, games were played with four quarters, and while there have been brief periods of experimentation with four 10-minute quarters in exhibition games, the two-half format has remained for the last 70 years.

If a game is tied after the two 20-minute halves, a five-minute overtime will be played.

Women’s games are also 40 minutes but are divided into four ten-minute quarters. There has been some talk within the men’s side of moving to quarters, but there are currently no plans to do so at this time.

When Are College Basketball TV Timeouts?

There are eight TV timeouts in all college basketball games broadcasted on TV.

Those timeouts, i.e., commercial breaks, take place approximately every four minutes. The initial break comes at the first whistle under 16 minutes, then 12 minutes, and so on. A college basketball game will take roughly two hours to complete in real-time.

College basketball can be tricky to watch because there are so many games and so many potential locations for streams.

FBS college football has 131 teams and mainly takes place on two platforms – ESPN or Fox – with occasional games on ABC, CBS or conference-affiliated channels filling out the remainder of the slate.

College basketball, by comparison, has well over 300 teams at the Division I level with no higher or lower subdivisions. Games are split onto random channels (FloSports? Root? Skyline?) that many college basketball fans don’t subscribe to or can’t access.

Many of the early NCAA basketball championship favorites include Gonzaga, Houston and North Carolina – all of whom have shown huge success and/or impressive tournament runs in recent years.

For those interested in learning more about how to bet on college basketball effectively, make sure you check out The Lion’s Edge for intelligent, weekly insights into trends and betting tips across the online sports betting world.

From early-season tournaments through the national championship, you can bet on college basketball parlays at the best online sportsbook.

With daily basketball odds, tournament betting, and more, the best parlay betting experience is at BetMGM.