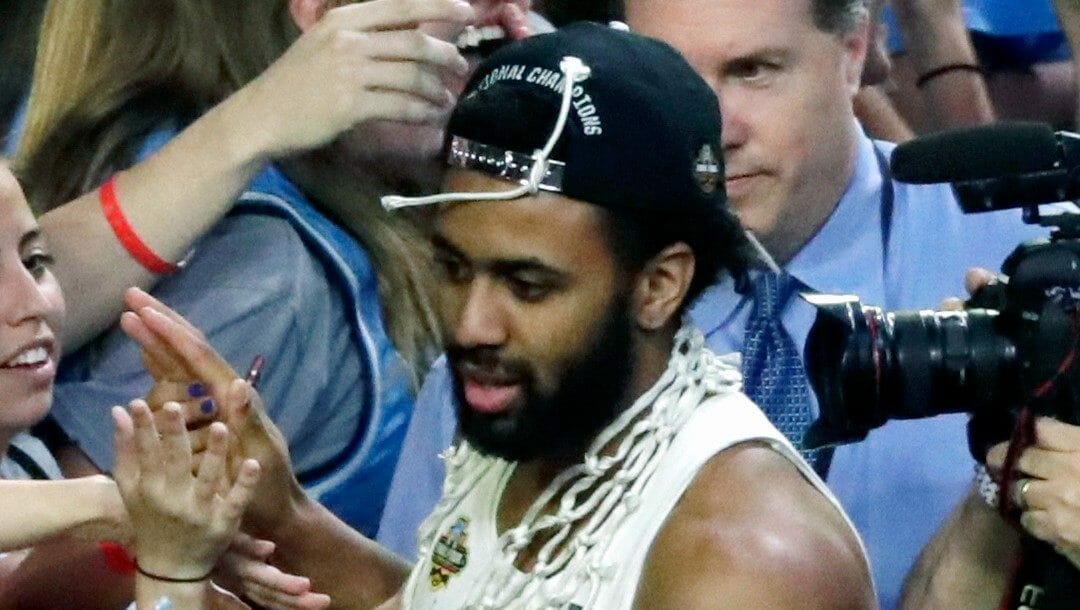 The NCAA Tournament is one of the best months in sports.

There were 68 teams whittled down to the Final Four before one survived to cut down the nets as NCAA champion. The 79th edition of the sport’s most exciting three-week event was held in 2017.

The Final Four was contested in Glendale, Arizona, at the University of Phoenix Stadium (now known as State Farm Stadium). The tournament concluded with one blue-blood program in the Final Four, joined by two schools making their first appearance on the sport’s grandest stage and another making its first Final Four since the inaugural one in 1939.

The one seeds were Villanova, Gonzaga, Kansas, and North Carolina. The regional finals were held in New York City, San Jose, Kansas City, and Memphis. Games began with the First Four as Kansas State, USC, UC Davis, and Mount St. Mary’s earned their way into the field of 64 with victories.

The East Regional got off to a “chalky” start as the only upset was 11-seeded USC beating six-seeded SMU. Things got a bit wild in the Round of 32, as top cat Villanova fell to the eighth-seeded Wisconsin Badgers in Buffalo and seventh-seeded South Carolina knocked off Duke in Greenville. Florida and Baylor joined them in the Sweet 16. The West was much the same as the only upset by seed was 11-seed Xavier beating six-seed Maryland. Xavier would keep rolling, hammering Florida State to join Gonzaga, West Virginia, and Arizona in the Sweet 16.

Moving to the Midwest Regional, another 11-seed, Rhode Island, moved past Creighton and nine-seed Michigan State beat eight-seed Miami (FL) in the Round of 64. The first surprise in this region came in Indianapolis as seven-seed Michigan shocked two-seed Louisville by a score of 73-69. Oregon survived Rhode Island, and Kansas and Purdue moved on to the Sweet 16.

Finally, the South Regional featured a few upsets as 12-seed Middle Tennessee beat Minnesota, and ten-seed Wichita State knocked off Dayton. The Round of 32 was all chalk as the top four seeds: North Carolina, Butler, UCLA, and Kentucky, all comfortably advanced to Memphis for the Sweet 16.

New York City had an odd collection of squads for the East Regional semis and final as Florida advanced past Wisconsin 84-83 in overtime, and South Carolina, under the guidance of head coach Frank Martin, blew the doors off of three-seed Baylor.

In the Elite Eight, South Carolina handled Florida in an all-SEC matchup, 77-70, and advanced to the school’s first and only Final Four. Gamecocks star Sindarius Thornwell was the East Regional Most Outstanding Player.

The West Regional was contested in San Jose, and one-seed Gonzaga was the heavy favorite to prevail. The Zags beat West Virginia in a grind-it-out affair, while Xavier, seeded 11th, beat Arizona 73-71 in a thrilling contest between Sean Miller’s Arizona team and his former Xavier squad.

Of course, life is a circle, and Miller is back on the sidelines at the Cintas Center for Xavier beginning this season. The dream run for Xavier ended at the hands of Gonzaga as Mark Few finally broke through for his school’s first Final Four appearance. The Midwest Regional was held in St. Louis, essentially a second home court for the Kansas Jayhawks. They shellacked the fourth-seeded Purdue Boilermakers by a score of 98-66, while Oregon beat Michigan in a 69-68 classic. The Jayhawks were heavy favorites in the Sprint Center, but the Ducks shocked Kansas, winning 74-60 and punching their ticket to the school’s first Final Four since 1939.

The South Regional was loaded and held in Memphis, Tennessee, at the Fed Ex Forum. Top-seeded North Carolina took care of Butler 92-80, and a battle of blue bloods between UCLA and Kentucky went the way of Big Blue Nation, 86-75. This set up a clash between UNC and UK, and it did not disappoint. The Tar Heels led most of the way and held on for a narrow 75-73 victory. Sophomore Luke May was named the region’s most outstanding player, beating out the likes of Bam Adebayo, De’Aaron Fox, and teammates Justin Jackson and Joel Berry II.

The Four was set: South Carolina would battle Gonzaga, and North Carolina would face Oregon. Despite strong second half from the Gamecocks, they could not overcome a nine-point halftime deficit and fell to the Bulldogs 77-73 in semifinal number one. The second game was a classic. Tyler Dorsey and Jordan Bell were tremendous for Oregon, but Kennedy Meeks was the best player on the floor, grabbing 14 rebounds and scoring 25 points to lead UNC to the one-point, 77-76 victory.

In the national championship contest, Gonzaga led by three at the half, but North Carolina stormed back and took a commanding lead, holding on for a 71-65 win and the title. Joel Berry II took home Final Four Most Outstanding Player for North Carolina.