Which Team Has the Most NCAA Basketball Championships? 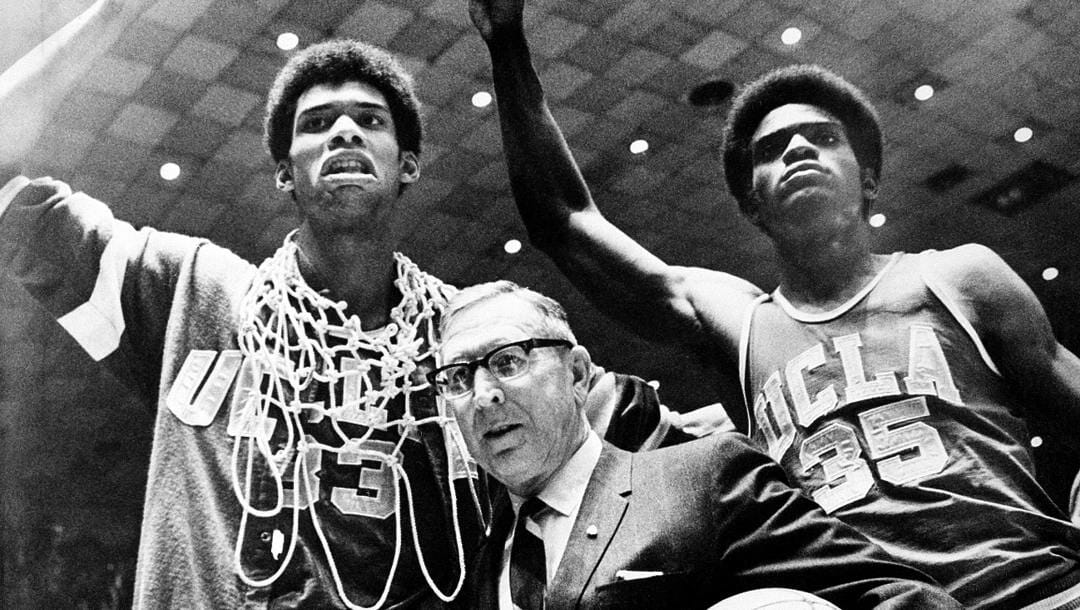 The NCAA Tournament is fueled by college basketball betting upsets, Cinderella runs, and hard-pounding buzzer-beaters. But, more often than not, one of college basketball’s premier programs is usually left standing after March Madness.

Which Team Has the Most NCAA Basketball Championships?

They have won three more than the next closest school, Kentucky. However, what makes UCLA’s championships so unique is that they are not spread throughout the program’s history. In fact, 10 of their 11 championships were between 1964 and 1975. Their college basketball dominance was all started by one man, John Wooden.

John Wooden’s coaching tenure at UCLA would begin in 1948, but he would not win his first NCAA championship until 16 years later. The Bruins’ first championship season in 1964 was notable as they went undefeated. However, after that, they would further their dominance, repeating as champions in 1965. After failing to make the NCAA Tournament in 1966, the Bruins would begin a run unlike any other in sports history.

The Bruins’ third championship came in 1967, another undefeated year. UCLA would make ten straight Final Four appearances from 1967 to 1976, taking home titles in seven of those ten years. Each title was consecutive, as the Bruins were the best team in the country from 1967 to 1973. However, the records during that time do not stop, as the Bruins would go on an incredible 88-game winning streak from 1971 to 1974.

That 12-year stretch by the UCLA Bruins is something we will likely never see again. On top of the ten championships and the 88-game winning streak, the bigger picture cements how dominant they were. An overall record of 335-22 is beyond staggering. Looking back, it makes sense. They had Wooden, the winningest coach of all time, and Hall of Fame talents such as Lew Alcindor (Kareem Abdul-Jabbar), Bill Walton, and Gail Goodrich.