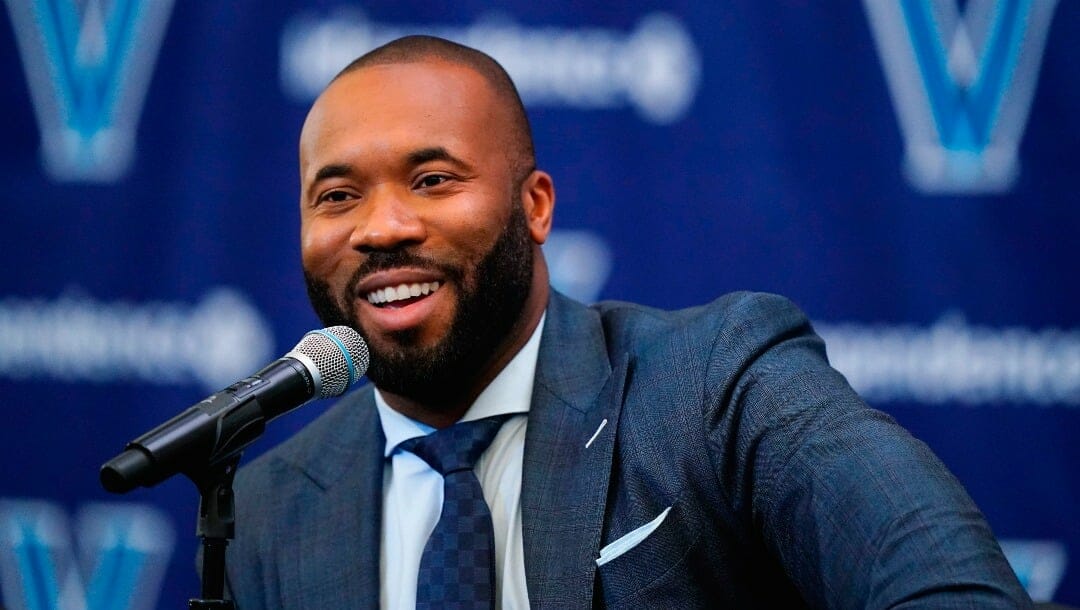 After 21 successful seasons, Jay Wright stepped down as Villanova head coach in 2022. There was initial speculation about a national search but the Wildcats – entering another season among national championship favorites in college basketball odds – opted for a former Jay Wright assistant.

Born in Brooklyn in 1985, Neptune grew up in New York and attended Brooklyn Friends School, winning a state championship and scoring a school record of 1,650 points.

That high school career took him to Lehigh to play collegiately from 2003 to 2007, making the NCAA Tournament in 2004.

Neptune briefly played professionally before turning his attention to the profession of coaching. His journey began with Wright at Villanova as the school’s video coordinator from 2008 to 2010. Neptune excelled in the role and was impressive enough to earn a spot as an assistant at Niagara in 2010. He was with the Purple Eagles until returning to Villanova in 2013, this time as an assistant coach.

Neptune stayed on staff from 2013 to 2021 and helped steer Villanova to one of the best college basketball programs in the country. The downtrodden Fordham Rams appointed him as head coach before the 2021 season. The Rams had won only two games the season before and desperately needed a new direction. Somehow, Fordham won 16 games in Neptune’s debut campaign, and Wright had seen enough to know that he was the right man to lead Villanova.

Taking Over For A Legend

In the past 18 months, college basketball had seen coaching icons Mike Krzyzewski and Roy Williams retire after decorated careers – with Jon Scheyer and Hubert Davis replacing them, respectively.

Wright joined that list, and Neptune takes over a Villanova program at an interesting intersection. Without an FBS football program and with the Big East lacking a big-dollar football television contract, there are concerns about the long-term competitiveness of the league with schools from the SEC and Big Ten.

In addition, the conference is likely to get more challenging as Butler hired Thad Matta, Seton Hall brought in NCAA Tournament darling Shaheen Holloway, and Xavier replaced Travis Steele with Sean Miller. Those three big-time hires should help make those programs more challenging to deal with. Neptune becomes the school’s first African-American head basketball coach, and he knows he has a significant legacy to live up to but is ready for the challenge ahead.

“I’m just excited to be the coach here,” Neptune said at his introductory press conference in April 2022. “I’m among family and friends, and I want to keep going. It’s a high bar and a standard of excellence to meet.”

The Kyle Neptune era begins with Villanova’s 2022 opener on November 7 against La Salle.