Ranking the Best Cincinnati Bengals Players of All Time 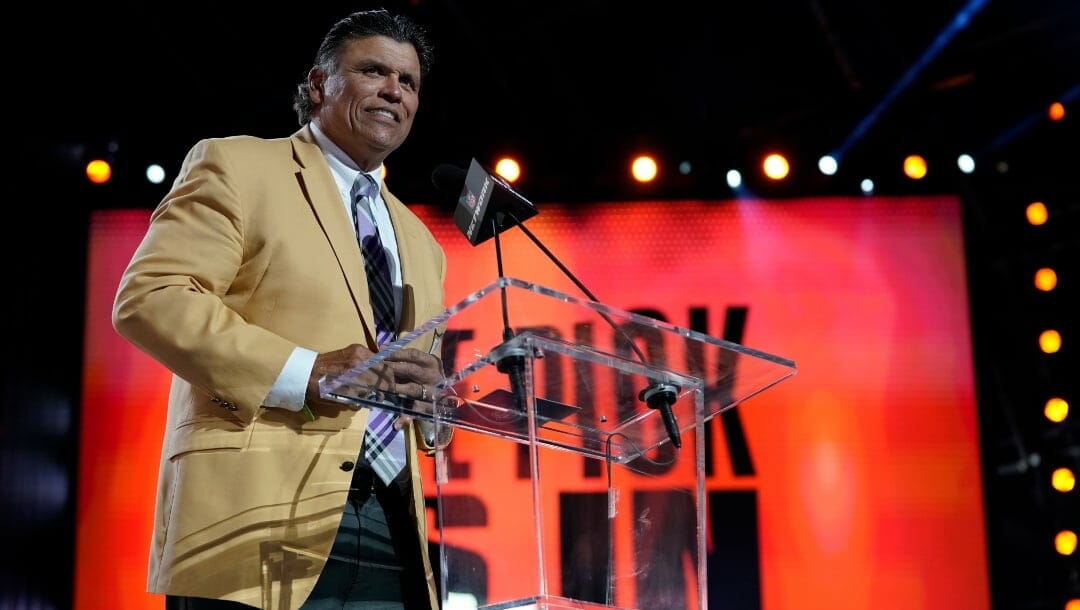 As of Nov. 9, Cincinnati quarterback Joe Burrow is in the top 10 for NFL odds to win the MVP award at +2500. But he wouldn’t be the first Bengals quarterback to earn that honor, nor would he even be the second.

The history of the franchise doesn’t include much team success, and only one Hall of Famer played his entire career in Cincinnati. But many stars, including two MVP winners, have competed for the team.

Here’s a look at some of the greatest Bengals ever.

Ranking the Best Cincinnati Bengals Players of All Time

Corey Dillon is the Bengals’ all-time rushing leader with 8,061 yards. The running back, who made the Pro Bowl four times, is also third with 45 rushing touchdowns.

Bengals wide receiver Isaac Curtis made the Pro Bowl on four occasions. He’s third on the franchise’s all-time receiving list with 7,101 yards, behind only another member of this list and AJ Green, who is still playing but totaled 9,430 yards during his Cincinnati tenure.

Cris Collinsworth isn’t as high on Cincinnati’s all-time receiving list, as he’s fifth with 6,698 yards and sixth with 417 receptions, but he did that in only eight seasons. He made an impact quickly, earning a Pro Bowl nod each of his first three years in the league.

Tim Krumrie is among the greatest defensive tackles in franchise history. In 188 games played, he totaled 1,017 tackles, 34.5 sacks and 13 fumble recoveries on the way to two Pro Bowls and one All-Pro selection.

Ken Riley is the highest defender on this list. In 207 games with the Bengals, the one-time All-Pro defensive back is first on the Bengals all-time interceptions list with 65, which is 32 more than anyone else.

As Chad Johnson or Chad Ochocinco, the wide receiver was among the best at his position during his time. The six-time Pro Bowler and two-time All-Pro is first in the franchise record books for receiving yards (10,783) and catches (751).

Boomer Esiason is one of the MVP (1988) quarterbacks who played for the Bengals. He’s third in franchise history in passing yards (27,149) and touchdowns (187) and accumulated four Pro Bowl and one All-Pro accolades.

Bengals quarterback Ken Anderson was the NFL MVP in 1981 and was an All-Pro that year while earning Pro Bowl recognition in four seasons. He’s also the franchise leader in passing yards (32,838) and is second in passing touchdowns (197).

Offensive tackle Anthony Muñoz is the only Hall of Famer who played his entire career with Cincinnati. He earned 11 Pro Bowl nods and nine All-Pro selections during his 13 seasons and 185 games played.

At BetMGM, you can bet on Cincinnati Bengals odds throughout the season. Check out Super Bowl odds, NFL Draft betting, live betting, weekly NFL lines, and more at the best online sportsbook.