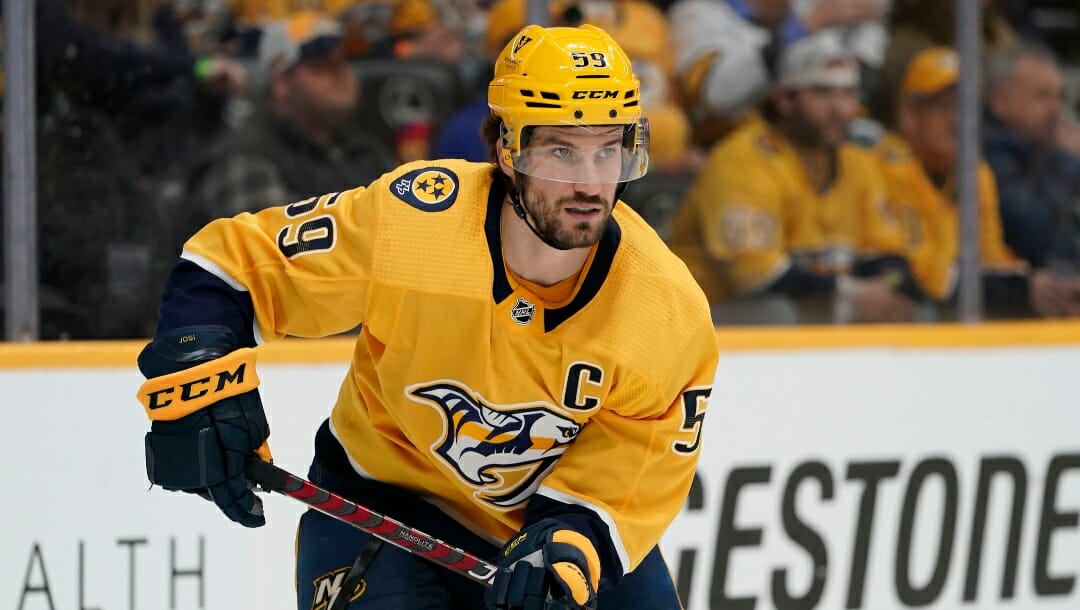 The NHL’s race for the James Norris Memorial Trophy is heating up as Nashville Predators‘ defenseman Roman Josi and Colorado Avalanche defenseman Cale Makar appear to be the clear front-runners for the award given to the “top defense player who demonstrates throughout the season the greatest all-round ability in the position.”

We’ve entered the age of the modern-day defenseman, where it’s not unheard of to put up a point per game numbers, with Makar and Josi shattering those ceilings. So far this season, both defensemen have put up elite point totals from the backend, with Josi leading the pack at 89 points and Makar sitting just below him with 83.

Makar opened the year as the favorite in NHL odds at +400 and was followed by Adam Fox, as well as Victor Hedman at +600.

You can make the case that both Fox and Hedman are having great years for their respective clubs, but Josi and Makar are just one tier higher this season. Fox was the latest recipient of the award in 2021, while Josi took home the trophy for the 2020 campaign, as both were first-time winners.

Josi wasn’t exactly a go-to name in terms of his opening odds this year at +1500, which placed him in a tie for the fifth-highest with Miro Heiskanen. Currently speaking, Makar is the odds on favorite to win the award at -185, while Josi is his only real competitor, where he’s valued at +150.

It seems as though at this point in time, Makar should win the award, but if Josi and the Predators hang on in the playoff race out West behind a massive end to the defender’s season to propel his team, stranger things have happened.

There has been a lot of controversy around the award category of late, with many putting into question whether or not they should make a separate award for the defenseman who accrues the most points at the end of the season.

What can be said right now is that there isn’t exactly a bad choice between the two, even if Makar will likely capture his first of what should be many Norris Trophies.