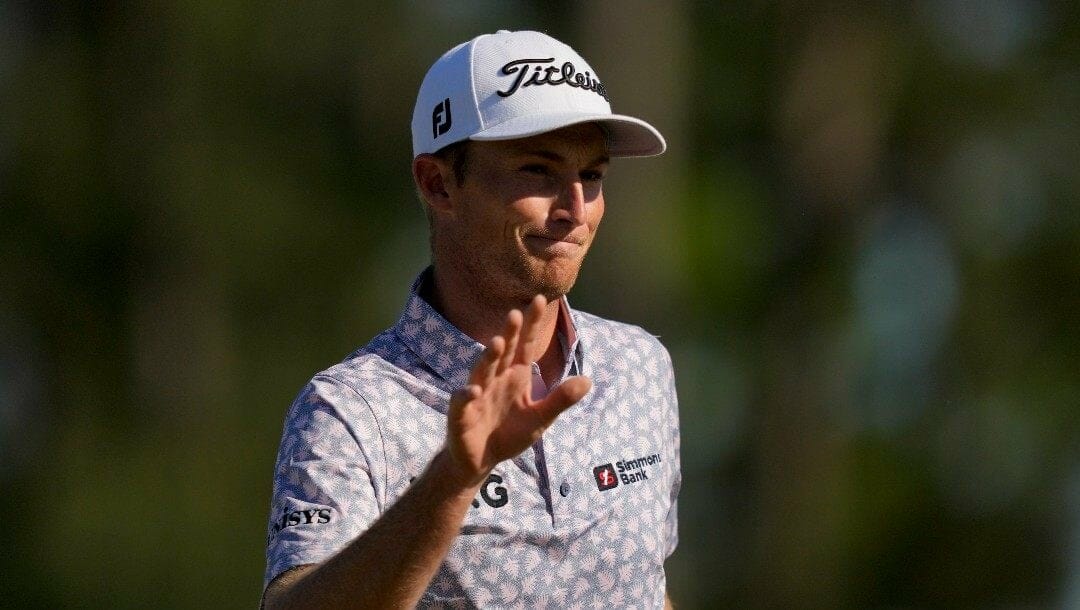 It’s another unique week on the PGA Tour, as the Farmers Insurance Open will be played Wednesday-Saturday to avoid going head-to-head with the NFL playoffs on Sunday.

While it’s not a designated event, several top players will be in the field at Torrey Pines in San Diego, California.

Fresh off wins in his last two starts, Jon Rahm headlines the field as a huge favorite going into the tournament (+450). He’s joined by four other top-10 players in the Official World Golf Rankings, including Xander Schauffele, Will Zalatoris, Justin Thomas, and Collin Morikawa.

In order to have a good week, players will need to take advantage of playing on the North Course, as it typically plays roughly three shots easier than the South. The South Course hosted the 2021 U.S. Open and is known for its length and thick rough.

At 7,765 yards, the South Course is the longest course players will face all year and will reward the longer hitters, although some shorter hitters have won the event in the past, including Brandt Snedeker and Marc Leishman.

Key metrics to focus on this week include Strokes Gained: Off-the-Tee, SG: Putting on poe greens and Bogey Avoidance. Besides 2019 when Justin Rose finished at 21-under, the winning score has been between -9 and -15 dating back to 2013.

Last week’s The American Express favored longshots to win, but it’s the opposite this week. The favorites generally win: Of the last 10 winners, six had odds of +2500 or shorter going into the event.

Jon Rahm is predicted to win The American Express with an 18.18% implied probability, according to betting markets.

Tony Finau and Xander Schauffele have the next best odds to win with a 7.69% implied probability, followed by Collin Morikawa at 6.67%.

Rahm is the hottest player in the world right now, winning back-to-back starts (The American Express and Sentry Tournament of Champions). He’s also won twice at Torrey Pines – the 2017 edition of this event and the 2021 U.S. Open.

On top of that, he has four straight top-7 finishes at this tournament. His odds don’t give much value, but the way he’s playing of late makes him hard to ignore.

It’s no surprise Finau plays well at Torrey Pines given his length. Although he missed the cut at last year’s event, he had three top-10 finishes in the four years before.

Finau finished T-16 at last week’s The American Express and was T-7 at the Sentry Tournament of Champions.

Zalatoris missed the Tour Championship, Presidents Cup and fall events after needing back surgery but has looked solid in his first two events back, including a T-11 finish at the Sentry Tournament of Champions.

Torrey Pines suits his game, as he lost in a playoff to Luke List a year ago and finished T-7 in 2021.

Bradley checks all the boxes in the key metrics except putting. If he can putt well this week, he has a good chance of contending. He finished fifth here in 2018 and added a T-16 in 2020.

It’s been a solid year for Bradley so far this year, so he comes in with plenty of confidence.

The 46-year-old has three missed cuts in seven events this season, but he’s been tremendous at Torrey Pines of late.

In the last five years of the tournament, his worst finish is T-21. He also has two second-place finishes in that span. If you believe in course history playing a big factor, Palmer is worth a play this week.

This is a much shorter card than last week, and most weeks for that matter, just because this event really caters to favorites.

Rahm makes sense for an outright play and props, but in my opinion, the value isn’t there.

Online betting is a unique way to take your weekly golf entertainment to the next level.

With a variety of markets for tournament winner, top-10 finish, player props, and more, you can watch each tee shot, sand save, and birdie putt with anticipation.

Check out the online sportsbook today to place a bet online!