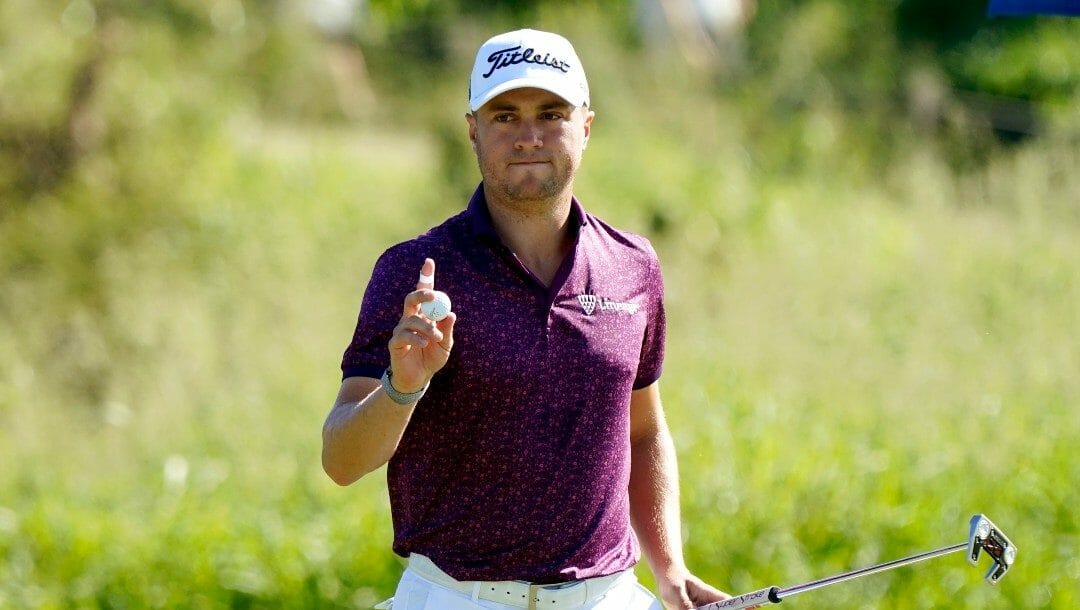 While the 2022-23 PGA Tour season has been underway since September, the Sentry Tournament of Champions is the annual unofficial start of the season because it’s the first event of 2023 and when the majority of the best golfers begin to play the most.

The Sentry Tournament of Champions field features 39 players. It’s an invite-only event, as players can only participate if they won on the PGA Tour during the 2022 calendar year or qualified for the 2022 Tour Championship.

Rory McIlroy is the only player who qualified but will not play.

It’s also the first of 17 elevated events on the PGA Tour this season. The purse for the 2023 Sentry Tournament of Champions is $15 million, up from $8.2 million a year ago.

As for the tournament, it will be played at The Plantation Course in Kapalua, Hawaii. With warm and calm conditions, it’s historically one of the best-scoring events on the PGA Tour. The course rewards the longer hitters, best ball-strikers and players who can go low in easy conditions.

Since 2015, the winning score has been better than 20-under every year except one, and Cameron Smith won last year’s event at -34.

When selecting players to win outright, it’s worth keeping in mind this event is typically won by one of the favorites with the best odds. Given the easy conditions and strength of the field, it’s very rare a longshot will be victorious come Sunday night.

It's morning time at The Plantation Course 🦋🍍

Given Rahm’s history at the event, it’s no surprise he has the best odds to win. In his last five appearances, his worst finish is 10th, and he has two second-place finishes, including a year ago. Last year he finished 33-under, which would have won every other event at The Plantation Course.

Cantlay is another player who has performed well at The Plantation Course. He has two fourth-place finishes sandwiched around a 13th-place finish in the last three years. Cantlay performs well in all areas needed to play well at Kapalua.

He hasn’t played since October, but it’s not like anyone in the field has been playing a ton recently.

Thomas is no stranger to winning this event as he has twice – 2017 and 2020. His distance off the tee and ball striking give him a big advantage over the rest of the field. If he can get hot with his putter, he can run away with another victory.

Thomas has played some competitive rounds of late (The Match and the PNC Championship), which might give him a slight advantage over some players who haven’t played a competitive event in months.

Although he finished 12th a year ago, Schauffele has three straight top-5 finishes here, including a win in 2019. His ability to make birdies in bunches will serve him well.

After a poor first round (72) in his last start at the Hero World Challenge, he finished strong to finish fourth.

It’s hard to ever refer to Spieth as a sleeper, but he has the 15th-best odds this week in a field with only 39 players. This likely won’t happen again, so it might be worth a chance.

Spieth did not qualify for the event from 2019-21 but did finish T-21 a year ago. And don’t forget he won here in 2016. Also, all the relative stats this week besides putting go in his favor.

This will be Hoge’s first appearance in the event, which may hold him back a bit, but his ball striking and putting on Bermuda greens certainly give him an edge.

His TCU Horned Frogs pulled off an upset last week against Ohio State, so why not continue the momentum?

Given the small field, my card is fairly small.

I’m riding the players who came out on top of my model run through Fantasy National. My top-5 was: Cantlay, Thomas, Spieth, Tony Finau and Rahm, while Hoge was sixth.

I considered Cantlay for an outright win but went with Thomas instead, given he’s played lately while Cantlay hasn’t played in an event in months. As for Spieth, his value will likely never be better in an event the rest of the year.

Hoge graded out terrific in my model, and his performance will come down to how he overcomes a lack of course knowledge.