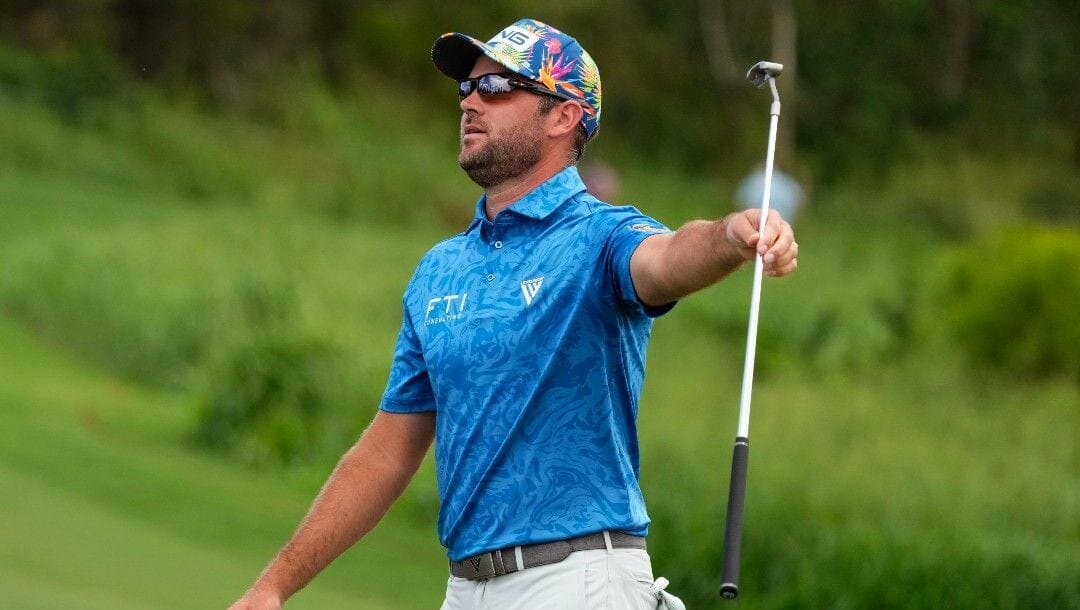 After a break around the holidays, the PGA Tour is back with a full-field event at the Sony Open in Hawaii, which has a purse of $7.9 million.

It will be held Jan. 12-15 at Waialae Country Club in Honolulu. While both tournaments are in Hawaii, it will be much different than the Sentry Tournament of Champions.

The Plantation Course was wide open and yielded plenty of birdies while rewarding the longer hitters. Waialae Country Club is a much tighter course and rewards the players who keep the ball in the fairway.

Jon Rahm won last week at 27-under, but it’s unlikely the scores will be nearly as good this week. Over the last few years, the winning score has been roughly between 20 and 23-under.

The Sony Open in Hawaii field has seven top-25 players in the Official World Golf Rankings, led by No. 14 Tom Kim. He also has the best golf odds to win at +1100.

Hideki Matsuyama is the defending champion.

Finally, one notable trend to watch is players who played the previous week at Kapalua generally perform well at Waialae. Obviously, these players are generally the best in the game, having qualified for the event. Still, it also gives them a leg up on the rest of the field with adjusting to being in Hawaii and not playing their first competitive rounds in quite some time.

Tom Kim is predicted to win the Sony Open in Hawaii with an 8.33% implied probability, according to betting markets.

While Im doesn’t have the greatest tournament history (zero top-10 finishes), he ranks well in important statistics. He’s exceptional off the tee at short courses and performs well on par-4s, which should be important this week.

Not only did Matsuyama win a year ago, but he also enters the week with three straight top-20 finishes at the event. He’s near the top in all the vital stats and like most weeks with him, his performance will come down to how well he putts.

Matsuyama finished T-12 at the Sentry Tournament of Champions.

Conners has the best history at this event, with the most Strokes Gained (28.89) in the last five years, which includes three straight top-12 finishes (he didn’t play in 2021). So if Conners can get his short game in order, he has a great chance to win.

He had a solid week at Kapalua, finishing T-18.

On top of having T-12 finishes sandwiched between a missed cut the last three years at the event, Bradley ranks high in several key metrics thanks to his strong ball striking.

It wasn’t Bradley’s best performance last week (34th), but Waialae Country Club is much better suited for his game.

With Grillo, you have to ignore his course history (missed cut, T-47, T-21, T-22) the last four years at the tournament, but he ranks very high in all the relevant stats.

You also have to get over that he didn’t play a week ago. But, this is great value for a player with all the tools needed to have a good week.

I’m staying away from the top players with the best odds for this week, given how unpredictable this tournament has been over the years.

It’s interesting neither Tom Kim nor Jordan Spieth, the two best players in the field, ranked very high. Kim was 19th, while Spieth was 28th.

PGA odds are always available at the online sportsbook.

In addition to major championship betting, BetMGM has updated odds for dozens of other tournaments each year. Whether you’re seeking Honda Classic odds in February, Travelers Championship betting in June, or 3M Open odds in July, you can find everything at the sportsbook.