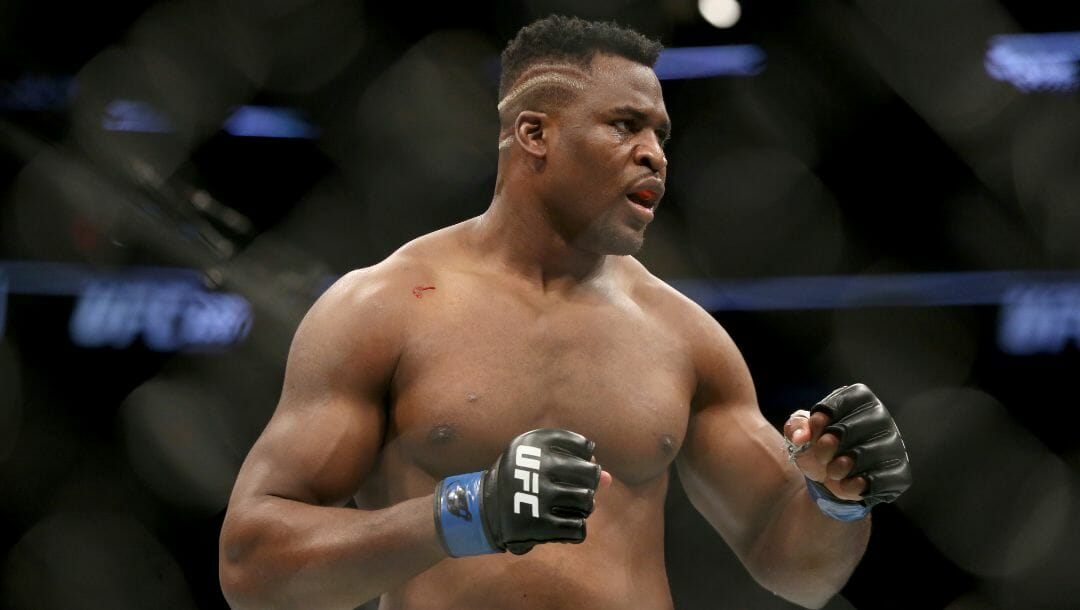 The UFC has put up a fantastic 2022 as fans witnessed a full year of stacked events and fights, where new champions were crowned, and new contenders ascended as stars. These fights not only produced top-level matchups and entertainment but also presented MMA betting opportunities throughout the entire calendar year.

But as the new year approaches, there are still a lot of exciting bouts and super fights that the Las Vegas-based promotion should book to provide more options for fans to place their bets on UFC odds.

2022 was another spectacular year for the UFC, producing some of the best fights in history. But despite this, there are still a lot of dream matchups, and trilogies fight fans want to see.

From gigantic showdowns, championship rematches, and big money fights, there is no shortage of wars inside the Octagon for next year. Let’s check out the top five fights that the UFC should book in 2023.

The highly-anticipated return of Jon Jones and his heavyweight debut didn’t happen in 2022 for multiple reasons but mainly because of failed contract negotiations. “Bones” hasn’t appeared inside the Octagon since his last light heavyweight title defense against Dominick Reyes in March 2020 and has since relinquished the 205-pound belt to move up in weight. This prompted excitement for fans as he would be competing against the baddest and meanest men in the UFC.

Currently, Francis Ngannou is the reigning UFC Heavyweight Champion, and he was successful in his first title defense against Ciryl Gane in January 2021, but after that win, he was out of action due to an injury. Ngannou is nearing his recovery from the said injury and is eager to return. With him essentially clearing out the division, the UFC can book him a title fight against the widely-considered greatest light heavyweight champion in history. If this match between Jones and Ngannou comes to fruition, it will be an absolute banger.

The meeting between two top welterweight contenders, Khamzat Chimaev and Colby Covington, should be booked sooner than later as the two await the result of the trilogy title fight between Leon Edwards and Kamaru Usman. With Chimaev’s astronomical rise in the past year and Covington keeping his status as one of the best 170-pound fighters in the world, the stylistic matchup among the two pressure fighters will be intriguing.

BREAKING: Winner gets a title shot. Khamzat Chimaev vs Colby Covington officially in the works for UFC 285 on Mar. 4. It will be 5 rounds. pic.twitter.com/F8ZtfOaKjH

Chimaev is still undefeated in his MMA career with 12 wins, including 11 finishes, while Convington is fresh off his bounce-back victory against former teammate Jorge Masvidal in their March 2022 grudge match. This was after “Chaos” again fell short of becoming the undisputed UFC Welterweight Champion in a title rematch against Kamaru Usman in November 2021. Aside from the high-level skills, these two fighters will bring in a match, their entertaining talking game should also be fun to watch.

Former UFC double-weight champion Henry Cejudo has expressed his intention to fight again inside the Octagon after announcing his retirement in his last fight versus Dominick Cruz in May 2020. He has targeted the current UFC Bantamweight Champion Aljamain Sterling, who is riding an eight-fight winning streak with three title victories, and the two have exchanged back-and-forth shots on social media.

Aljamain Sterling says Henry Cejudo will be his next fight 👀

“Triple C” is only two years older than the “Funk Master,” and arguably, they are still in their prime years, which means that this fight, if pushed through, would present a top-level battle. Cejudo returned to the USADA pool in May 2022, which is one of the requirements to compete again in the UFC. With him being a former two-division UFC champion, the Las Vegas-based promotion could grant him an outright title shot against Sterling to determine the undisputed 135-pound champion of the world.

If the UFC wants a big-money fight in 2023, the only match they want to book is a welterweight showdown between Conor McGregor and Jorge Masvidal. The two are the most famous names in the UFC right now despite losing their respective losing skid, with McGregor suffering back-to-back losses to Dustin Poirier and Masvidal absorbing two title losses from Kamaru Usman and a unanimous decision defeat from Colby Covington.

A fight between “The Notorious” and “Gamebred” will be a banger as the two share a similar fighting style based on striking. Both fighters also pack a high level of boxing in their respective arsenals. If this fight materializes, everyone will not only be entertained on fight night but also during the build-up as McGregor and Masvidal are also known to be big talkers, so expect a see-saw battle on the mic.

One of the best title rematches that the UFC can book for 2023 is the UFC Middleweight Championship bout between Alex Pereira and Israel Adesanya. The pair shared the Octagon in November 2022, where Pereira scored a come-from-behind victory as he stopped Adesanya in the fifth and final round via TKO to dethrone the long-time champion and give him his first middleweight loss. It was also the Brazilian’s third combat sports win over the Nigerian-New Zealander, as he beat him twice in kickboxing.

ALEX PEREIRA UPSETS ADESANYA IN THE FINAL ROUND #UFC281 pic.twitter.com/AbpopqHMet

Their first MMA match was a striking extravaganza where they displayed high-level kickboxing backgrounds to inflict damage on each other. Adesanya had more moments during the fight and almost scored a knockout win at the end of the second round, but because of his heart, grit and never give up attitude, Pereira was able to achieve the upset win late into the match. A rerun in 2023 between these two feared strikers would again guarantee a barn burner of a match.