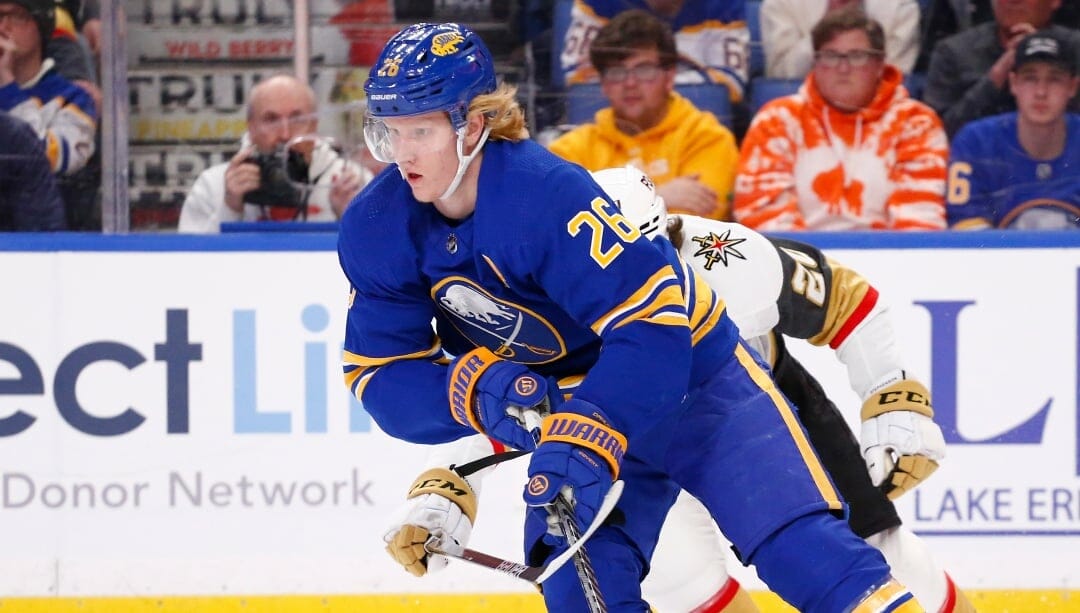 On Sunday, the Buffalo Sabres continue their four-game road trip with a stop against the Vancouver Canucks.

The NHL betting market has installed the Nucks as substantive favorites, but a few factors suggest that the price has shifted too high. We’re digging into this non-conference battle as the Sabres look for their third win in four games.

Vancouver comes into tonight’s matchup on the second night of a back-to-back after dropping a 5-2 decision to the Calgary Flames last night. At face value, that’s not the worst situation; however, the Canucks yanked Thatcher Demko after the second period, meaning they don’t have a fresh goalie to limit an improved Sabres offense.

Production metrics are increasing over Buffalo’s current schedule, with the Sabres putting up above average high-danger chances in two of their past three. That is part of a more significant trend in which they’ve posted above-average opportunities in nine of their past 13.

Coupled with their structured defensive zone coverage, the Sabres have equaled or out-chanced their opponents in eight of those 13 games.

That’s a bad sign for the Canucks, who can’t keep pace with their opponents recently. Vancouver hasn’t attempted more high-danger opportunities than their opposition in five straight games, putting up a 35.6% rating over that sample. As expected, that’s knocked down their possession metrics, with the Canucks getting out-possessed in three straight games.

The Canucks are undeserving of their steep moneyline price against the resurgent Sabres. Buffalo has wins in three of their past four and the metrics support ongoing success. Conversely, the Nucks continue to get outplayed and are backed into a corner on Sunday night.

You could play it safe by taking the Sabres at a short price on the puck line, but we’re making a play with them on moneyline.