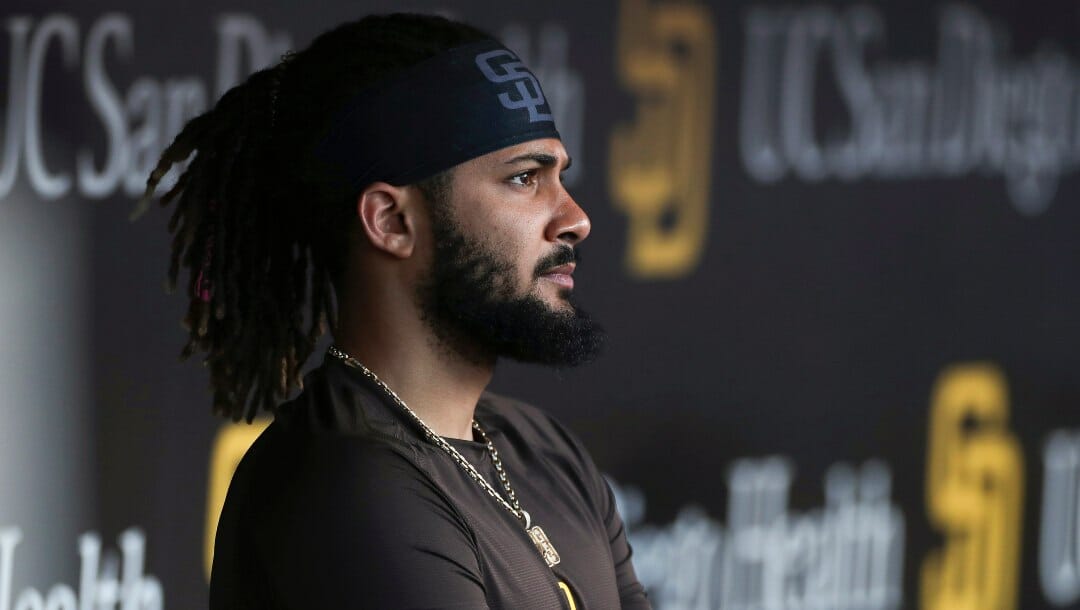 On Friday, Aug. 12, Major League Baseball announced San Diego Padres shortstop Fernando Tatís Jr. tested positive for Clostebol, a performance-enhancing drug, and has been suspended for 80 games. This is a huge hit for the Padres, who were expecting to activate Tatís Jr. off the injured list to finally make his season debut in a few days.

At the MLB Trade Deadline, the Padres sold multiple top prospects to acquire star players Juan Soto, Josh Bell, and Cameron Drury in an aggressive bid to contend in the baseball playoffs this year. Their strategy was partly centered around the impending return of Tatís Jr. to play alongside the new acquisitions, so the shortstop’s suspension has presumably turned things more than a little pear-shaped.

The #Padres have released this statement regarding Fernando Tatis Jr., who has been suspended 80 games due to PED use. He will not play this season. pic.twitter.com/THuTMuhPGj

Clostebol, also known as 4-chlorotestosterone, is a synthetic anabolic-androgenic steroid. The drug mimics testosterone but does not break into estrogen, so it avoids some of the typical side effects of steroids. It is currently banned under Major League Baseball’s Joint Prevention and Treatment Program, and by the World Anti-Doping Agency.

Tatís Jr. accepted the 80-game suspension handed down to him but released a statement through the MLBPA claiming he had only taken the drug inadvertently while using a medication to treat ringworm.

Depending on the levels he had in his system, this explanation is technically possible (sort of). Clostebol acetate is an active ingredient in some antibiotic ointments sold over the counter in Europe, South America, and Central America, so if Tatís Jr. used one of those, there could be trace amounts. Regardless, I don’t think too many people are buying the extremely convenient story.

Tatís Jr. will miss the final 48 games of the 2022 season and the first 32 games of 2023, but he’s not the first (and is highly unlikely to be the last) star player to be suspended for using performance-enhancing drugs.

Although Rodriguez never actually tested positive for any performance-enhancing substance, he was suspended 162 games as a result of the MLB’s investigation into the Biogenesis scandal in August 2013. He and several other MLB players were accused of obtaining human growth hormone from Biogenesis of America, a now-defunct rejuvenation clinic.

The 14-time All-Star did admit to using steroids during his time with the Texas Rangers, claiming that the enormous pressure to perform significantly affected him. As a result of his involvement in the Biogenesis scandal, he was initially suspended for 211 games before an arbitration hearing brought his penalty down to 162 games. At the time, this was the longest suspension in MLB history.

Another player suspended due to involvement with the Biogenesis scandal was Cruz, who played for the Texas Rangers at the time. On Aug. 5, 2013, he was suspended for 50 games.

A professional through and through.

He may not have been a superstar like some others on this list, but it’s almost impossible to talk about performance-enhancing drugs in baseball without mentioning Mejía.

The New York Mets pitcher was suspended 80 games in April 2015 after testing positive for Stanozolol, 162 games in July 2015 for Boldenone and Stanozolol again, and finally received a lifetime ban from MLB in February 2016 after another positive test for Boldenone.

Marte was playing for the Pittsburgh Pirates on Apr. 18, 2017, when he tested positive for Nandrolone, an anabolic-androgenic steroid. He was suspended 80 games without pay and released a statement that read, “In this very difficult moment I apologize to my family, my fans and baseball in general. Neglect and lack of knowledge have led me to this mistake with the high price to pay of being away from the field that I enjoy and love so much.”

Marte has since won two Gold Glove Awards and appeared in two All-Star games, so it appears he has learned and moved on from the bad moment.

He was +400 to homer tonightpic.twitter.com/pEcMKDBJ7L

In 2012, Grandal was playing for the San Diego Padres when he tested for having high levels of testosterone. He received a 50-game suspension, which he served at the start of the 2013 season. Grandal was then linked to the Biogenesis scandal in August 2013 but was not suspended again.

One of the first big players to be disciplined twice for performance-enhancing drug use, Ramírez was suspended for 50 games in May 2009 and 100 games in April 2011 for testing positive for human chorionic gonadotropin (hCG). Rather than serve the second suspension, the nine-time Silver Slugger voluntarily retired on Apr. 8, 2011.

Ramírez attempted to be reinstated in September 2011 and agreed with MLB to a reduced 50-game suspension. He went on to play in minor league games in the Oakland Athletics, Texas Rangers, and Chicago Cubs organizations but never appeared in another major league game.

Considering the All-Star is now 50 years old, it is unlikely that he will ever make an MLB comeback, so he will never actually serve the second suspension.