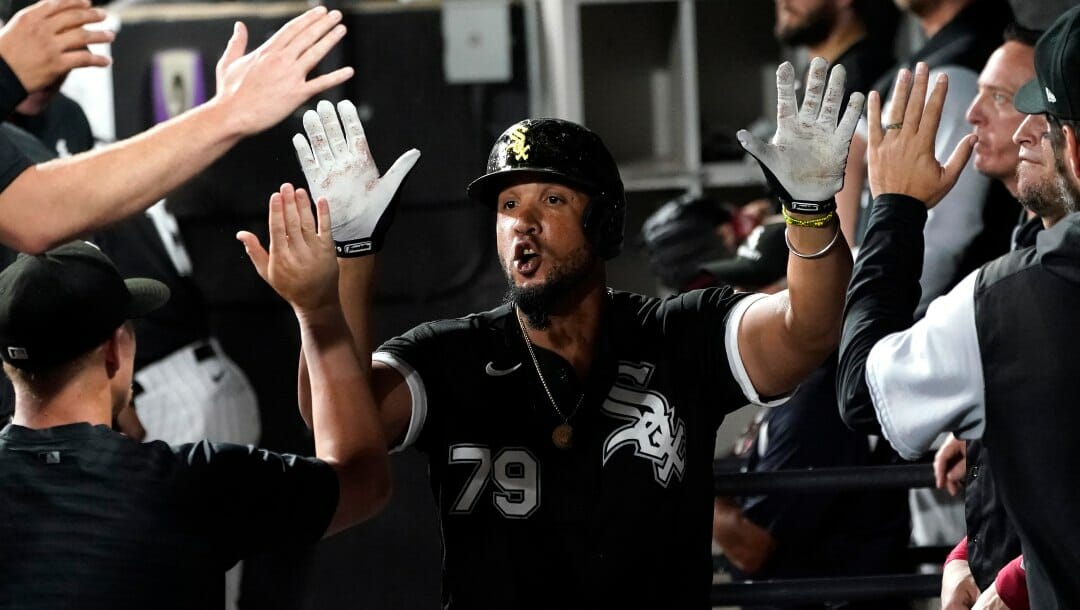 The Chicago White Sox have had a rough 2022 season. Underperformance on both offense and defense, an endless string of injuries, and questionable management decisions saw the team struggle to find its feet from the first game of the season. Despite fan optimism that a comeback was coming, there were very few bright spots to appreciate in a rather woeful year.

Despite the underwhelming team record and rapidly dropping World Series odds, José Abreu was a reliable star on an otherwise incredibly shaky lineup. Through the regular season, the 35-year-old first baseman batted .304 with an OPS of .824. In addition, he led the White Sox in runs (85), hits (183), and doubles (40), is second in RBI (75) and third in home runs (15).

So with Abreu clearly an essential part of the team, why haven’t the White Sox extended his contract to keep him after the 2022 season?

Have yourself a night, José Abreu! pic.twitter.com/iVWmvfgvX5

Abreu began his White Sox career when he signed a six-year, $68 million contract in Oct. 2013. When that ended, he agreed to a qualifying offer on Nov. 14, 2019, before superseding it with a three-year, $50 million contract just eight days later. Without another extension, Abreu entered free agency at the end of the 2022 season.

One issue with the White Sox during 2022 was their bizarre abundance of first basemen and rather confusing lack of qualified outfielders (again, this is just one issue — there were a lot of issues). First basemen Andrew Vaughn and Gavin Sheets played in the outfield all season to varying degrees of success, while outfielders Luis Robert, Eloy Jiménez, AJ Pollock, and Adam Engel rotated between underperforming and being on the injured list.

Vaughn and Sheets were fine in the outfield, but definitely only fine, and sometimes not even that. Carrying three first basemen on the roster and forcing them to learn new positions just isn’t a good long-term idea. It’s not even really a good short-term idea.

At least one of Vaughn, Sheets, and Abreu needs to go this offseason to free up payroll and a roster spot.

At 24 years old and leading the team in home runs, Vaughn is almost certainly the future starting first baseman of the White Sox. Sheets is a solid backup should he ever get injured. So, where does that leave Abreu?

Abreu will be 36 years old in 2023. Although likely to negotiate a team-friendly contract, he is unlikely to come cheap, and the White Sox are likely to wonder if that’s worth it for a designated hitter.

So with Abreu now a free agent, where could we see him playing next year?

José Abreu, entering the final season of his current Sox contract, on his future:

"I don't know. Whatever happens is going to happen. I'm just going to enjoy the season and try to do my best, as I always do, and represent the White Sox organization as I always do."

As a White Sox fan, the idea of Abreu playing for another team is jarring. His name is almost synonymous with the South Side, and he is widely regarded as a leader by fans, players, and everyone else in the organization.

Major League Baseball is also a business, and the discussion around the worth of loyalty is not new. Abreu has been a crucial part of the White Sox, both statistically and culturally, and is likely to be a decent designated hitter — but is that what the team needs? Does the front office even care he’s spent his whole career in Chicago? Honestly, probably not.

Having said that, the White Sox have a limited window of contention right now, and 2022 was a wasted year. If Chicago wants to make a postseason run in the next season or two, Abreu will be a crucial part of that team, and abandoning what seems to be the only positive or leading influence in the dugout feels counterintuitive.

Personally, I think it would be a mistake not to re-sign Abreu for at least three more years.

I simply refuse to believe the 2023 White Sox will be better without him, and I also don’t think the famously-cheap Jerry Reinsdorf will spend the money they’d save on Abreu on acquiring a player anywhere near his level. Quite frankly, I think he’s worth re-signing even if it’s for no other reason than to give the White Sox a chance to prove they aren’t just all hot-air hype from the Windy City.

If Abreu is open to signing a cheap or short-term deal (though considering how he’s always delivered for this team and will almost certainly see his number No. 79 retired, working on one-year deals feels rude), he may return to the South Side in 2023. Otherwise, this may be the end of his era in Chicago and potentially this roster’s chance at contention.

If the White Sox don’t re-sign Abreu, perhaps a move to Boston could be the next best option. The Red Sox had a rough 2022 season, but they shouldn’t be entirely counted out of a playoff run next season, and if anybody deserves to play for a World Series contending team before they hang up their bat, it’s Abreu.

So, where would Abreu fit into the Red Sox lineup?

With J.D. Martinez now a free agent, the team may be in the market for a primary designated hitter. Martinez had a decent season at the plate, batting .274 with an OPS of .789, but he is likely to be more expensive than Abreu, and Abreu comes with the added ability to play first base.

5 years ago today, Jose Abreu hit for the cycle. It was the 6th in White Sox history. pic.twitter.com/ArE8fxLmGb

Abreu has publicly said he doesn’t want to play anywhere other than the Chicago White Sox. There’s a very real possibility if the White Sox don’t come to the table with a new deal, he may retire.

Should he decide retirement is best, Abreu will be going out on top, and not every player gets to say that.