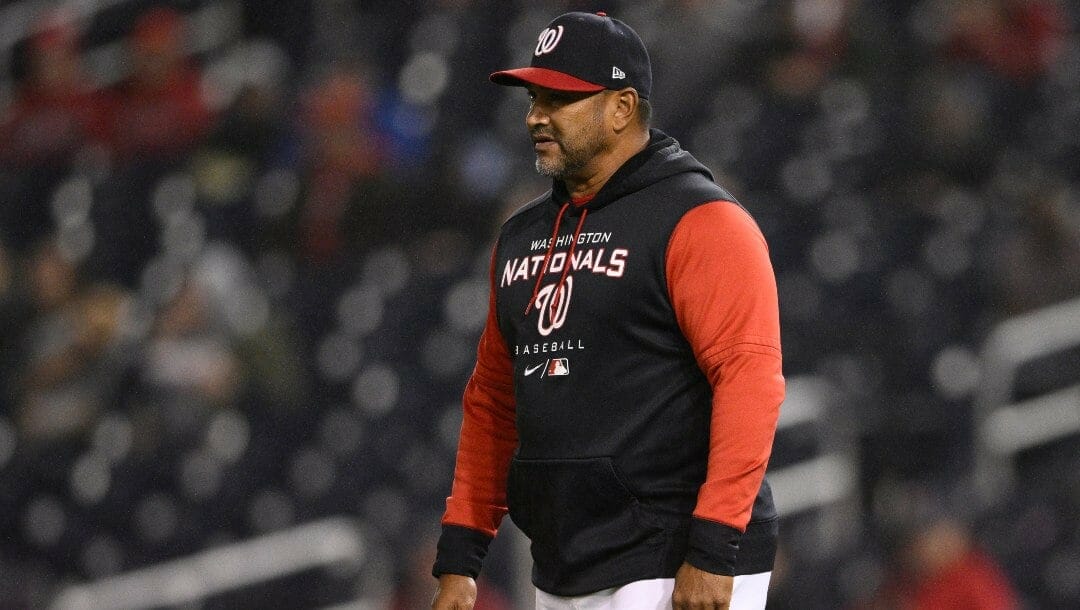 First, it was Joe Girardi of the Philadelphia Phillies. Then, Joe Maddon went from the Los Angeles Angels. Charlie Montoyo of the Toronto Blue Jays was the third, and Chris Woodward from the Texas Rangers was fourth — but that was just during the 2022 regular season.

Four MLB managers were relieved of their duties mid-season in 2022, but the offseason brought its own slew of firings, retirements, and general partings of ways. Tony La Russa (Chicago White Sox), Don Mattingly (Miami Marlins), and Mike Matheny (Kansas City Royals) have all exited their roles, and moving into 2023, there are plenty of other managers whose days could be numbered.

As MLB playoff odds continue to dominate news, rumors, and everything in between, who could be the next manager packing his bags?

MLB Managers on the Hot Seat

The Nationals are likely to be sold this winter, which makes Martinez’s future as manager particularly murky. Washington won the World Series in 2019 under his leadership which has to hold some weight, but considering the Nationals went 26-34 in 2020, 65-97 in 2021, and 55-107 in 2022, there’s a good case to be made that a change is needed.

Washington is still stuck in the early stages of a complete rebuild and the new owners, whoever they may be, are likely to want to appoint their own GM and manager to start fresh. Honestly, I would do the same — Martinez has had incredible career highs with the Nationals, and I’m sure Washington will be forever grateful for his service, but the time has come to move forward.

There’s always a chance that Martinez will convince the new owners to give him a single make-or-break season to prove he can turn the team around, but I think he’d be setting himself up to fail. This early into a rebuild, there’ll be at least another season, probably more, before the Nationals are anywhere near contention, so sticking around to prove himself seems like a gamble he can’t win.

So, will Martinez be farewelling Washington sooner rather than later?

The Yankees had a strong start to the 2022 season, but being knocked out in the ALCS was a long way from how they hoped it would end. New York has not made a World Series appearance since 2009, and while that isn’t the longest drought the franchise has ever experienced, it’s also not the culture of winning that the Yankees pride themselves on.

With Houston winning the ALCS in 2022, it has now been 13 years since the Yankees won an AL pennant. Boone took over as manager in 2018, and to his credit, the team has advanced to the playoffs in all five seasons that he’s been at the helm. Still, when it comes to the Yankees, just appearing in the postseason doesn’t quite cut it.

The Yankees are a very expensive franchise with a very demanding fanbase. Thirteen years without a World Series appearance just isn’t good enough.

It’s hard to place the blame for the Pirates’ underwhelming record squarely on the shoulders of manager Derek Shelton. The franchise famously hates to spend money on salaries — the team having the fourth-lowest payroll in the league in 2022 — and any players that are decent seem to get traded away almost immediately. Still, these issues aren’t new, but the Pirates seem to be are playing worse than ever.

Sure, fans can hope that the Pirates start spending money on top players and force their way back into contention that way, but it’s not going to happen. Eventually something needs to change to salvage a crappy situation, and I’m not sure Shelton is the man for that job.