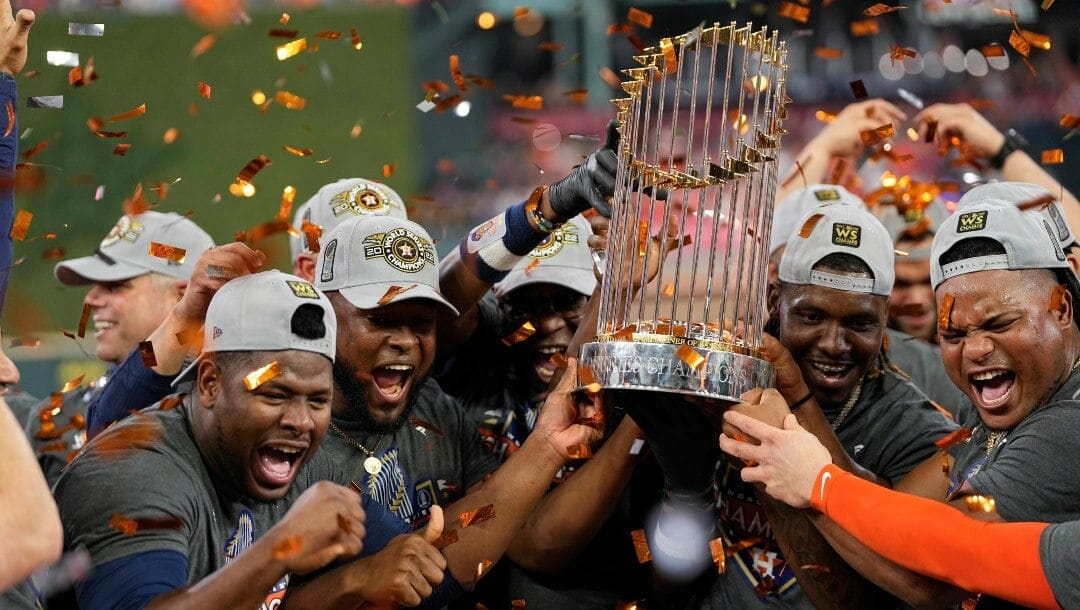 The 2022 season just wrapped up with the Houston Astros celebrating their World Series title, but baseball fans are already looking to next year.

Will the Astros be able to defend their title? Or will the Phillies get another go at winning it all? Perhaps the Yankees or Dodgers will reach their full potential after their disappointing exits in 2022. As always, expectations are high, and new rules and formats will only make the season more exciting.

Scheduled to run from Thursday, March 30 to Sunday, October 1, the 2023 regular season will be the first to feature MLB’s new balanced schedule.

How Are World Series Teams Chosen?

As was introduced as the postseason format in 2022, the 2023 season will see 12 teams advance to the playoffs — three division winners and three Wild Card teams from each league. Based on their regular-season records, the teams will be assigned seeds 1-6 in their league.

The first round of the playoffs, the Wild Card Series, will see the top two seeds from each league (i.e., the two division-winning teams with the best regular-season records) receive a bye. The third division-winning team (Seed 3) will host the third Wild Card team (Seed 6) for a best-of-three series, with Seed 4 doing the same with Seed 5. As was seen in 2022 with the New York Mets being eliminated in this round, securing a bye can be a huge advantage, so just getting into the postseason isn’t enough anymore — ranking is crucial.

The winning teams from the Wild Card Series will advance to the best-of-five Division Series. Seed 1 will return to host the winner of Seed 3 vs. Seed 6, and Seed 2 will welcome the winner of Seed 4 vs. Seed 5. The winners of those series will then advance to a seven-game Championship Series, with the final two teams moving forward to the World Series.

So, which teams could we see competing in the 2023 World Series?

After an incredible regular season in 2022, the Dodgers had an abrupt exit from the playoffs, being knocked out in the AL Division Series by the San Diego Padres. Still, 111 regular-season wins is nothing to scoff at, and if the Dodgers can repeat that sort of heat in 2023, they’ll definitely be a team to watch.

The Dodgers are the current favorites to win the 2023 World Series, which isn’t shocking considering their impressive roster. With some movement expected this offseason — including shortstop Trea Turner entering free agency — it should be interesting to see how they fill holes in their lineup before next year.

Freddie for the tie! pic.twitter.com/kkfOt20w1i