Shohei Ohtani Trade Rumors: Could He Leave the Angels? 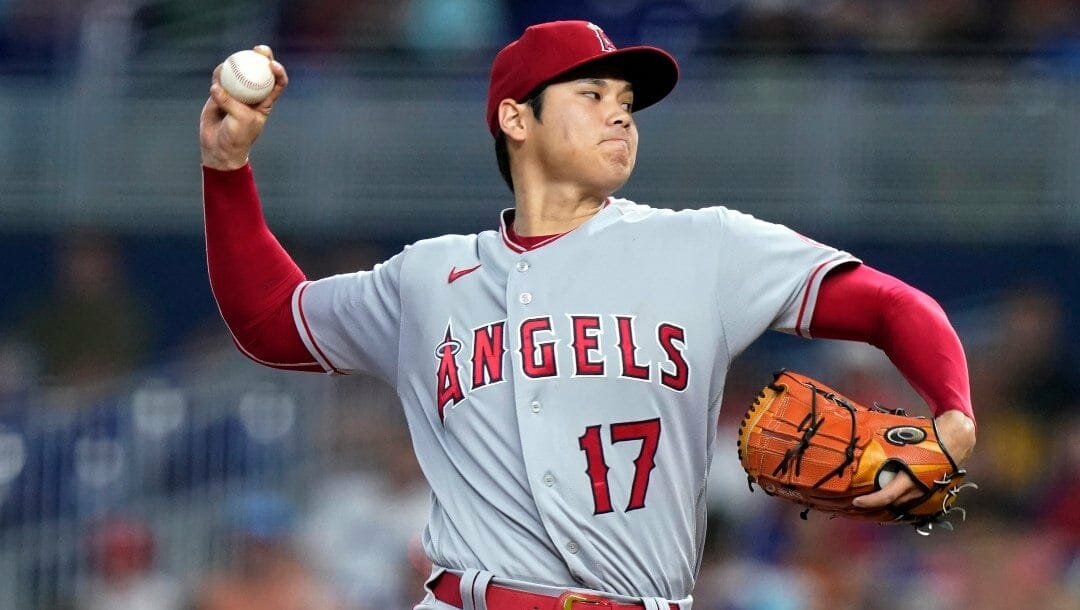 Baseball is a team sport. That’s hardly shocking information but rarely is it more evident than when watching Shohei Ohtani with the 2022 Los Angeles Angels.

The Angels are currently 42-57, ranking fourth in the AL West. The team’s World Series odds sit at an unlikely +50000, but despite these underwhelming numbers, the Angels boast arguably the best player in the MLB — Shohei Ohtani. With the MLB Trade Deadline days away, the Angels are reportedly open to listening to offers for the two-way star, and to be blunt, absolutely everybody wants him.

On July 6, Ohtani became the first player with ten strikeouts, two RBI, and a stolen base in a single game since RBI became official in 1920 — and that certainly isn’t the first or only time Ohtani has made history.

In 2021, Ohtani became the 16th recipient of the Commissioner’s Historic Achievement Award after a truly unprecedented season. As a hitter, he had 46 home runs, 26 doubles, eight triples, 100 RBIs, 26 stolen bases, and 103 runs scored.

As a pitcher, he went 9-2 with a 3.18 ERA and 156 strikeouts in 130 1/3 innings. Ohtani won the AL Most Valuable Player Award for the same season and made MLB history as the first player to be an All-Star as both a pitcher and a hitter.

Every time Shohei Ohtani takes the field, there's a chance you'll see something never seen on a baseball diamond before. pic.twitter.com/U3JrPzl1um

Basically, to say that Ohtani’s trade value is high would be a major understatement, but why would the Angels want to part with him?

Will the Angels Trade Ohtani?

After a 12-game losing streak earlier in the season, the Angels fired manager Joe Maddon in June, and fans hoped they’d be able to turn their season around under new leadership. It didn’t take too long for those people to give up hope. The team’s losing streak quickly extended to 14 games, and even after finally breaking it, wins continued to be the exception instead of the rule.

The Angels haven’t reached the postseason since 2014, three seasons before Ohtani’s MLB debut, and now find themselves effectively eliminated from contention yet again. The team needs a serious rebuild, and Ohtani is certain to pull one hell of a package of prospects if the Angels trade him.

Another factor to consider is Ohtani’s contract. Despite his historical performance, he is currently only making a $5.5 million salary in his second year of arbitration eligibility, so there is no doubt that he will be due a rather incredible raise come the offseason.

Ohtani becomes a free agent at the end of 2023, so unless the Angels are prepared to fork out a giant contract extension to match his talent, they will likely lose him anyway. Even if they do decide to offer an extension, it may not matter — Ohtani has spoken about wanting to play for a contending team, and the Angels simply can’t offer that right now.

The reality is that any team who wants Ohtani will have to be prepared to sell the farm to get him. The Angels aren’t going to give him up without it being worth it, especially when the acquiring team will get a season and a half of club control.

I personally think that the most obvious team to trade for Ohtani is the San Diego Padres. They have been leading conversations to get Juan Soto from the Nationals, but should that not come to fruition, they have a farm system filled to the brim with talent that could make one hell of a trade package. The Padres are holding onto the second Wild Card spot with both hands, and adding Ohtani to the roster would make some real waves in the postseason.

Another option is the Los Angeles Dodgers — they love to be involved in every big trade and are unlikely to let Ohtani move without at least being in the conversation. If the Dodgers were to put together a package, I would expect to have to include at least one of Tony Gonsolin or Dustin May, plus a few prospects.

At this stage, it’s tough to say which teams could pull out a record-breaking deal for Ohtani or if there’s even enough time to put something of that magnitude together before the deadline.

Only time will tell, but it’s all quite exciting, isn’t it?