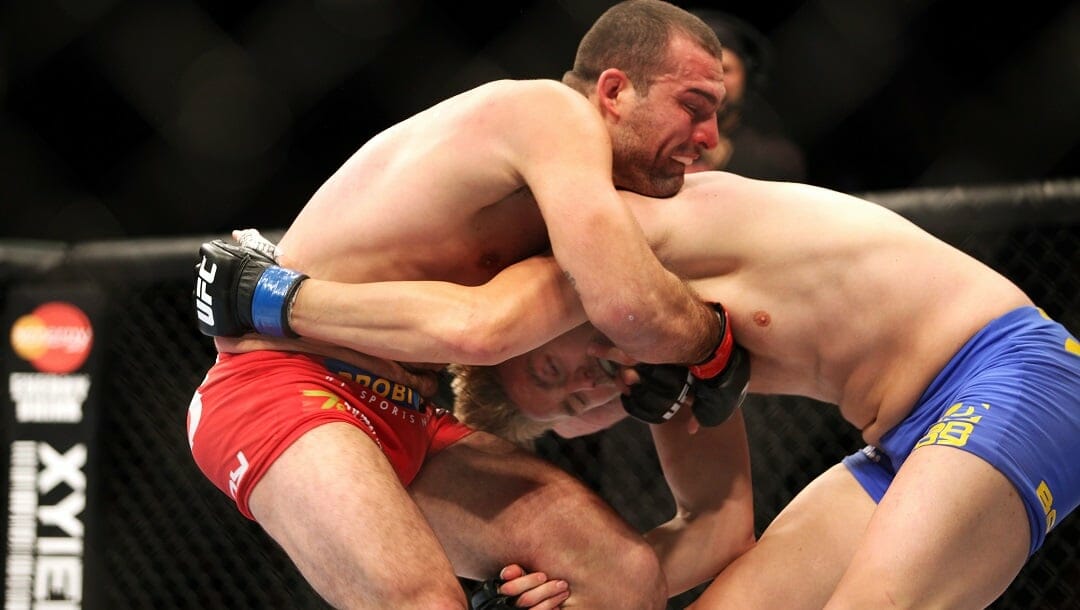 The ultimate goal of every UFC fighter is to become the champion of their division. When the objective is achieved, they can not only call themselves the best in the world but also their popularity and earnings will simultaneously grow.

Sadly, we’ve seen great fighters who failed to capitalize on their UFC odds, often despite multiple opportunities to win a title in the divisions they competed in. Here’s a list of the top five UFC fighters who never won a championship.

Former PRIDE light heavyweight and middleweight champion Dan Henderson failed to replicate his success in the UFC as he couldn’t capture any titles in the two-weight class during his run under the banner. He had his first chance in September 2007 when he faced Rampage Jackson for the 205-pound title, but he lost via unanimous decision.

Six months later, in March 2008, Henderson moved down to the 185-pound division to challenge Anderson Silva but again was dealt with a second-round submission loss.

Hendo got his final opportunity in October 2016 when he was pitted against Michael Bisping for the middleweight title, yet, Henderson fell short after another unanimous decision loss.

During his 11-fight tenure in the UFC, Chael Sonnen was able to earn three title fights in four years. He first challenged Anderson Silva in August 2008 for the middleweight strap after winning three straight. This was Sonnen’s closest match to win a title, but he got controversially submitted in the last round by Silva.

After the first loss to Silva, The ‘’American Gangster’’ picked up two wins and called for a rematch. His wish was granted, but he received the same result; this time, it was a second-round TKO finish by the ‘’Spider.’’

Nine months later, Sonnen moved up to the light heavyweight division to challenge Jon Jones, but ‘’Bones’’ was too much for him and finished Sonnen in the first round.

After going 1-1 in his first two fights in the UFC, Alexander Gustafsson went on a six-fight winning streak to establish himself as the next challenger in line to Jon Jones’ light heavyweight reign. His UFC fight odds had skyrocketed.

Although Gustafsson pushed Jones into a close fight, he still fell short of winning the title as he received a unanimous decision defeat.

Three fights after that tough loss, the Swedish MMA star cracked another opportunity for gold when he fought Daniel Cormier. The result was a razor-thin split decision loss, a bigger pill to swallow than the first one.

Another consecutive win and the ‘’Mauler’’ earned his third title fight; however, he got stopped by Jon Jones in the third round.

Suppose Demetrious Johnson and Deivison Figueiredo were not in the UFC. In that case, Joseph Benavidez could have been a champion in the flyweight division because the two men were adversaries of Benavidez in his quest for a title. He first ran into Demetrious Johnson in September 2012 and narrowly lost the match via split decision.

One year later, Johnson finished him in the first round in the title rematch.

Then, as many in the MMA online sports betting space likely remember, Benavidez suffered back-to-back beatings from Deivison Figueiredo in five months in March 2020 and July 2020 for his last title run. In their initial meeting, the Brazilian gifted him with a second-round stoppage, followed by a first-round rear-naked choke when they ran it back four months later, foiling his championship aspirations.

When Yoel Romero joined the UFC in 2013, he became a walking wrecking ball and piled up the knockout victories on his resume. This reputation helped him achieve a title shot after eight straight wins. However, he couldn’t solve Robert Whittaker’s puzzle, which left him empty-handed after UFC 213 in July 2017.

Because Whittaker couldn’t defend his title against Luke Rockhold due to an injury, Romero stepped in to replace him in the main event of UFC 221 for the interim belt. Although the ‘’Soldier of God’’ got an impressive knockout win over Rockhold, he could not get a belt because he missed weight.

The Cuban knockout artist received another call for another title shot against Israel Adesanya in March 2020. Still, he couldn’t outstrike the champion, resulting in another championship loss on his resume and making him one of the top UFC fighters who never won a title.