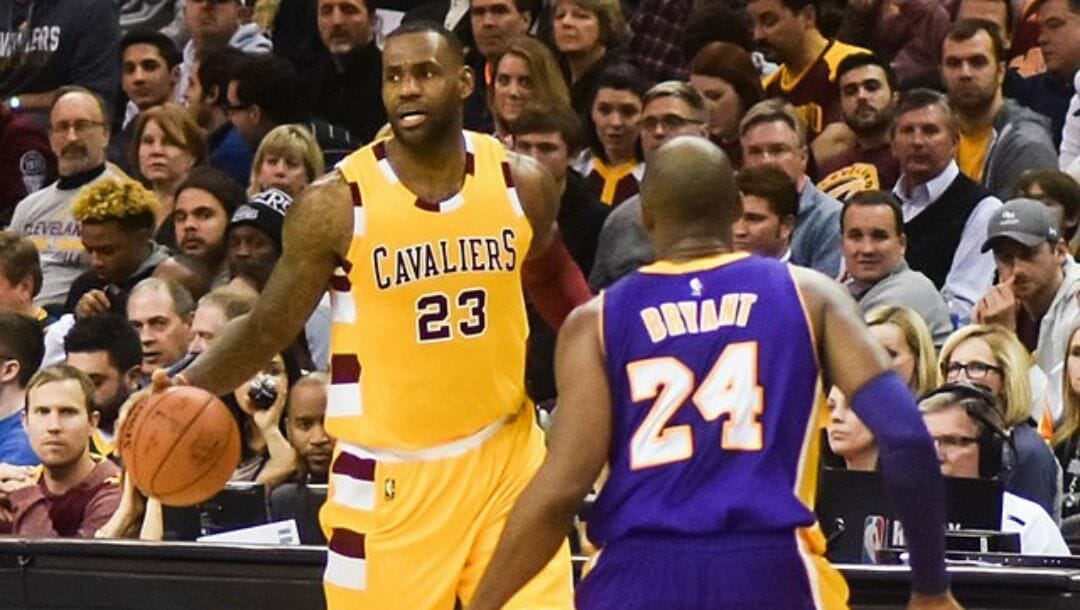 The 2021 NBA Finals series between the Milwaukee Bucks and the Phoenix Suns is one of the best and most thrilling matchups we have seen in recent years due to the back-and-forth NBA Finals odds between them. With an equally matched lineup of the big three’s of both teams, it delivered a memorable duel that will be discussed for some years.

However, not all great matchups have come to fruition due to several circumstances and low probability in NBA odds which we are left wondering what could have been if they went through an NBA Finals series. Several examples are the 2008 big three of San Antonio and Boston, the 2000 version of the New York Knicks and Los Angeles Lakers and a potential clash of Shaq and Kobe in 2006.

Aside from the above mentioned cases, we listed the top three NBA Finals matchups we never witnessed in history.

When the big three of Kevin Durant, Kyrie Irving and James Harden was formed in 2021, everyone was hyped for a potential clash between them and LeBron James and Anthony Davis of the Los Angeles Lakers in an NBA Finals series as both teams are heavily favored to get out of their respective conferences. But the 2020 champions were rudely eliminated by the second seed Phoenix Suns in the opening round of the playoffs, 4-2.

Then, the Brooklyn Nets marched into the second round after a 4-1 series win against Boston, only to be outlasted by the Milwaukee Bucks in a hard-fought seven games. Brooklyn lost two key players, Kyrie Irving and James Harden, as both went down with injuries. Only Kevin Durant was able to play out the series. This is undoubtedly one of the best finals meetings we never got the opportunity to watch.

A prime Kobe Bryant and LeBron James going head-to-head in the NBA Finals? That almost happened in 2009. Their teams are seeded as the number one squad in the Western and Eastern Conference heading into the postseason. Bryant and James also led the Lakers and Cavaliers to the conference finals. However, only Bryant could punch a ticket to the NBA Finals after they beat the Denver Nuggets, 4-2.

Lakers and Cavs tip off on ESPN pic.twitter.com/TlSi6LZGDE

As for James, he failed to get past Dwight Howard and the Orlando Magic by being on the opposite side of a 4-2 series loss in the Eastern Conference Finals. The Los Angeles Lakers eventually dominated the Magic, 4-1, to capture the title. This was the closest that the two superstars to an epic championship battle, but Howard and the Magic prevented it from happening.

Another mouth-watering matchup that never materialized is the Jordan-Olajuwon showdown. This gigantic clash between the 1986 top draftees nearly happened in 1997 when both squads reached the conference finals. After Jordan returned from his basketball hiatus, he regained his throne as the face of the game by winning the 1996 NBA title. But during his two-year absence, Olajuwon and the Houston Rockets have claimed the title in 1994 and 1995.

Michael Jordan torched the #Rockets in his 'Last Dance' in 1997-98, tallying 85 points in two games.

But Hakeem Olajuwon and Co. had relative success against Jordan in 22 contests.

However, only Jordan made it to the NBA Finals as Olajuwon, and the Rockets were stopped by the Utah Jazz in six games. Ultimately, the Bulls conquered the Jazz in six games and captured three straight titles for their second three-peat during the decade. Meanwhile, Olajuwon failed to add more championships to his resume but ended his career with Hall of Fame credentials. The ‘’Dream’’ was inducted into the Hall of Fame in 2008.