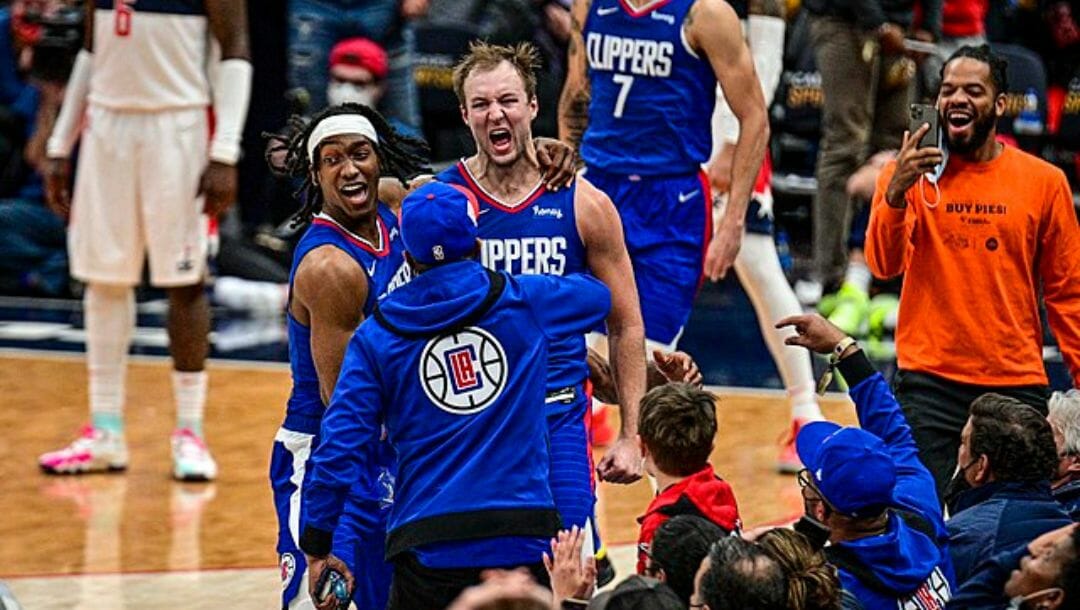 Big deficit comebacks in the NBA today are rarely occurring as teams just give up on the night and let another loss count in their record. There can be two reasons behind this; one is that the team is resting its key players or tanking to get the top pick of the draft.

Whatever the case, we have seen several teams who put up a big rally to cut the enormous deficit and win the game which are perfect for basketball betting. These types of games prove that you should never give up and play consistently throughout the duration of the fixture.

To commemorate this fantastic achievement, we listed the top five biggest NBA in-game comebacks in history that defied the NBA odds.

In November 1996, the Utah Jazz pulled off the biggest in-game comeback in NBA history after beating the Denver Nuggets, 107-103. The home team was down by as much as 36 points in the second period, but when the second half commenced, they held the visiting team to just 15 points in the third quarter and outscored them, 71-33 in the last two quarters. Karl Malone and Jeff Hornacek spearheaded the win by finishing the game with 31 points and 29 points.

The biggest comeback in NBA history was November 27th, 1996 when the Utah Jazz overcame a 36 point deficit to defeat the Denver Nuggets.

The Wizards just blew a 35 point lead in 2022 to the Los Angeles Clippers.

The Los Angeles Clippers have recently tied the second-biggest in-game comeback in the NBA after they erased Washington’s 35-point lead and got away with the one-point win, 116-115. In the winding moments of the second quarter, the Clippers tasted its most significant deficit, 66-31. Still, they began to cut the lead in the third frame before eventually eking out the victory. Luke Kennard gifted his team with the game-winning four-point play to complete the rally. Aside from the heroics of Kennard, Amir Coffey (29 points) and Terrance Mann (16 points) played a massive role in the win.

The @LAClippers 35-point comeback marks the largest comeback in the NBA since the Sacramento Kings 35 point comeback on 12/21/2009 against the Chicago Bulls https://t.co/dc6WlPY3qJ

Sacramento’s 35-point comeback against the Chicago Bulls in December 2009 is the one that the Clippers matched. Right from the beginning, the visiting Kings team were down by 19 points at the end of the first quarter. Then they absorbed a 35-point deficit with 8 minutes remaining in the third period. But since that moment, Sacramento went on a 52-19 run to finish off the game. Tyreke Evans and Ime Udoka guided them in the 102-98 come-from-behind victory on the road.

Jayson Tatum’s 60-point career-high came against the San Antonio Spurs in April 2021 to power the Boston Celtics in a comeback victory. Boston was down by as much as 32 points during the second quarter, but they still managed to push San Antonio into overtime and eventually claim the win on their home floor. Jaylen Brown (17 points) and Aaron Nesmith (16 points) also contributed big points in the game. Meanwhile, DeMar Derozan’s 30-point output wasn’t enough to fend off the Celtics.

Boston's 32-point comeback win tonight was the 2nd largest in the NBA over the past 20 seasons.

The largest was Sacramento's 35-point comeback on Dec. 21, 2009. (@EliasSports) pic.twitter.com/ghgmg9wBrr

Gus Williams and Phil Smith’s 22 points apiece were the biggest factor in the 31-point comeback victory (106-105) of the Golden State Warriors over the Milwaukee Bucks in November 1975. After only scoring 19 points in the first quarter, the Warriors produced 30-point quarters from the second to the fourth period and held the Bucks to just 14 points. Rick Barry and Jamaal Wilkes also contributed 18 points each to complete the revival of their team.