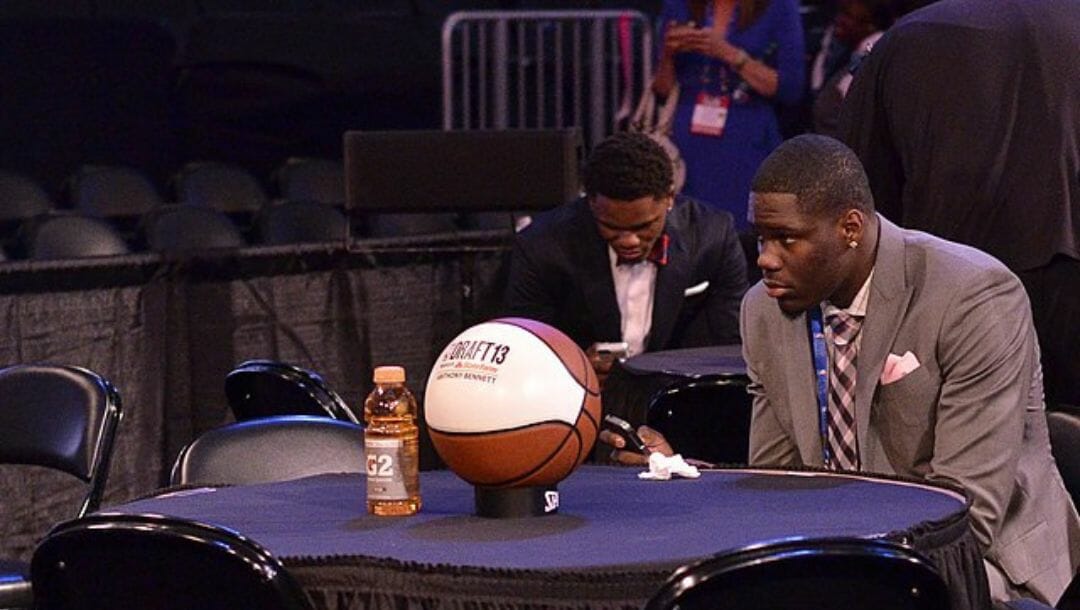 Being the number one pick in the NBA Draft comes with immense pressure, especially when a franchise expects you to improve their NBA championship odds. LeBron James, Allen Iverson and Shaquille O’Neal were able to live up to the expectations, if not exceed them as their teams became perennial contenders in the NBA odds. However, certain top picks either succumbed to the bright lights of the professional level or are just unfortunate to suffer from injuries.

Today, we will be looking at the top five worst NBA number one draft picks we have seen in the league and how their careers went after being selected to supposedly help a rebuilding franchise.

Greg Oden declared himself to the NBA Draft and Portland selected him as their top rookie in 2007. He was supposed to be one of the cornerstones for the franchise, but an injury to his right knee sabotaged this great hope.

The said injury required microfracture surgery, so he missed the rookie season in 2007-2008. But even after returning the following season, Oden was only able to average 8.9 points, 7.0 rebounds and 1.1 blocks in 61 games.

After a promising start during the 2009-2010 season, Oden again suffered another injury that limited him to just 21 games that season. His career average is 8.0 points, 6.2 rebounds and 1.2 blocks in 105 games.

Greg Oden called himself the "Biggest bust in NBA history." Is he correct? Digging into the worst draft mistakes… https://t.co/lyg0OXuQA0 pic.twitter.com/lONmnZcsSw

In 2001, Washington decided to pick Kwame Brown over Joe Johnson and Pau Gasol as their number one prospect, but the 6’11 big man didn’t live up to expectations.

In his first four seasons with the Wizards, he only averaged 7.4 points, 5.2 rebounds, and 0.6 blocks per game, forcing the team to trade him away to the Los Angeles Lakers in 2005. In his tenure with the Purple and Gold, Brown accumulated 7.1 points, 6.1 rebounds and 0.8 blocks per contest before being shipped again to Memphis.

After stints with Detroit, Charlotte, Golden State and Philadelphia, Kwame Brown called it a career and amassed a career average of 6.6 points, 5.5 rebounds and 0.6 blocks in 12 years of being in the NBA.

The Cleveland Cavaliers favored Anthony Bennett as their number one pick in the 2013 class. The 6-foot-8 forward played for UNLV Rebels before entering the league, where he racked up 16.1 points, 8.1 rebounds and 1.2 blocks per game.

Bennett never really transitioned to the level of play in the NBA and only managed to collect 4.2 points, 3.0 rebounds and 0.2 blocks in his maiden season. After short stops with Toronto and Brooklyn, Bennett was out of the league and played abroad.

Feel bad for Anthony Bennett, the No. 1 overall pick in the draft, not getting an invite to participate in the Rookie-Sophomore game

When you are drafted higher than Kevin Garnett and Rasheed Wallace in the same class, the expectation from you is gigantic and this is exactly what Golden State aspired to when they drafted Joe Smith as the first pick in the 1995 class.

Former #1 pick in the NBA Draft Joe Smith has been a solid late season + to the Ghost Ballers. Hear his interview ➡️ https://t.co/VcySI4xef7 pic.twitter.com/zivp0gifoK

After two stellar years with the Maryland Terrapins as a double-double machine (20.2 points and 10.7 rebounds), the Warriors wanted Smith to help contend once more in the Western Conference. However, he failed to fulfill this projection by not re-creating his college dominance.

Michael Olowokandi spent his collegiate years with the Pacific Tigers, where he racked up 13.5 points, 7.5 rebounds and 2.1 blocks, with his last year with the team as his best year (averaged a double-double of 22.2 points and 11.2 rebounds), the reason why the Los Angeles Clippers selected him as the top pick in 1998.

Although he made the NBA All-Rookie team in the 1998-1999 season, Olowokandi faded after only logging in 8.9 points, 5.3 rebounds and 0.6 blocks in 45 games. After five seasons with little progress, the Clippers moved on from the seven-foot center as Minnesota picked him up. Then after three more seasons with Boston, the Nigeria-born player is out of the league.

Overall, he accumulated a career average of 8.3 points, 6.8 rebounds, 1.4 blocks and 0.7 assists in 11 seasons in the NBA. Dirk Nowitzki, Vince Carter and Paul Pierce were among the notable names in his batch.