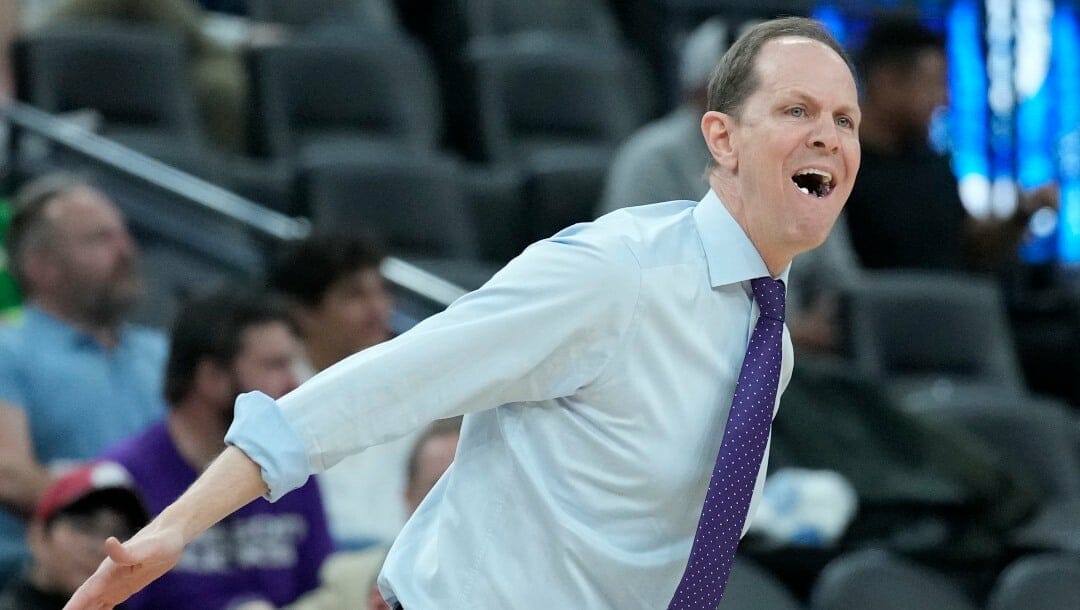 The college basketball coaching carousel spun slowly in 2020 as schools grappled with escalating financial concerns in the early weeks of the COVID-19 pandemic. Only one high-major program and 28 total programs entered the 2020-21 season with first-year head coaches.

One year later, the carousel returned to its traditionally unforgiving and ferocious pace; 56 teams had a first-year coach in 2021-22, including 11 high-majors.

Despite his 2018 departure for Pittsburgh, Jeff Capel was reportedly in consideration to be Coach K’s successor at Duke before the Blue Devils settled on Jon Scheyer.

But maybe if Capel keeps losing at a staggering rate – only 21 wins in 74 conference games and two blowout non-conference losses in this season’s first three games – he’ll be back in Durham on Scheyer’s bench.

That can’t be great for Collins’ job security as he looks to avoid a sixth straight losing season in Evanston. A 29-point late-November home loss to Pittsburgh doesn’t inspire much confidence he can do so.

It took no time for Patrick Ewing to prove last year’s five-win dud was an aberration by knocking off MEAC power Coppin State in overtime in the 2022-23 season opener. Then the Hoyas got blasted by Loyola Marymount and lost to American in a span of six days.

Mark Fox has contained the dumpster fire inherited by Wyking Jones but can’t figure out how to extinguish it.

After an optimism-generating 7-11 conference record in his first season (2019-20), Fox and the Golden Bears flopped with eight total Pac-12 wins the last two seasons. And if this year’s ugly non-conference start – seven straight losses, including one to a bottom-half Big West team, UC San Diego – is any indication, Fox’s fourth season won’t be any better.

When Jerod Haase parlayed success at UAB into the Stanford job, I wondered if the former Kansas guard could be a future candidate at his alma mater if Bill Self ever bolted for the NBA or retired at a young age.

Haase has zero tourney appearances in seven seasons – including this year because Stanford won’t hear its name called on Selection Sunday – and has won 20 games only once. And barring a dramatic midseason turnaround after a 3-4 start, they won’t win 20 games this season.

Fred Hoiberg didn’t inherit a mess when he arrived in Lincoln with much fanfare in 2019. But the former Iowa State has created a mess in just four years.

Nebraska can’t win, isn’t developing highly-rated recruits, and isn’t hitting on transfers. And with an amended contract that reduced his salary and buyout, Hoiberg might be gone soon.

The Huskers lost three games by at least 12 points apiece in the season’s first three weeks, including a 20-point embarrassment at Saint John’s.

Mike Hopkins miraculously survived a five-win 2020-21 season – likely thanks to a fully guaranteed contract through 2024-25 that would’ve included an eight-figure buyout at the time – and rebounded with 11 conference wins last year, the programs’ second-most conference wins in the last decade.

But then Washington lost to Cal Baptist this season … and needed second-half comebacks to beat Utah Tech and North Florida.

Through four seasons, Hurley’s (slow) rebuild appeared destined for annual Pac-12 title contention and NCAA Tournament berths. But since 23 wins (12-6 in the Pac-12) and a second consecutive tourney berth in 2019, the Sun Devils have gone nowhere.

They atoned for a loss to Texas Southern by obliterating Michigan in the Legends Classic tourney.

Georgia Tech followed a miracle run to the 2021 NCAA Tournament with a dud in 2021-22, a 12-win season that included just five ACC wins, the program’s fewest in seven years.

Except for a top-30 class in 2021 (247Sports), Josh Pastner is recruiting at a shockingly bad level – three of his last four classes were ranked outside the top 100 nationally – and has no periods of sustained success since arriving in 2016.

The Yellow Jackets played three high-major teams in November. They lost all three by a combined 44 points, including a 24-point loss to Marquette.