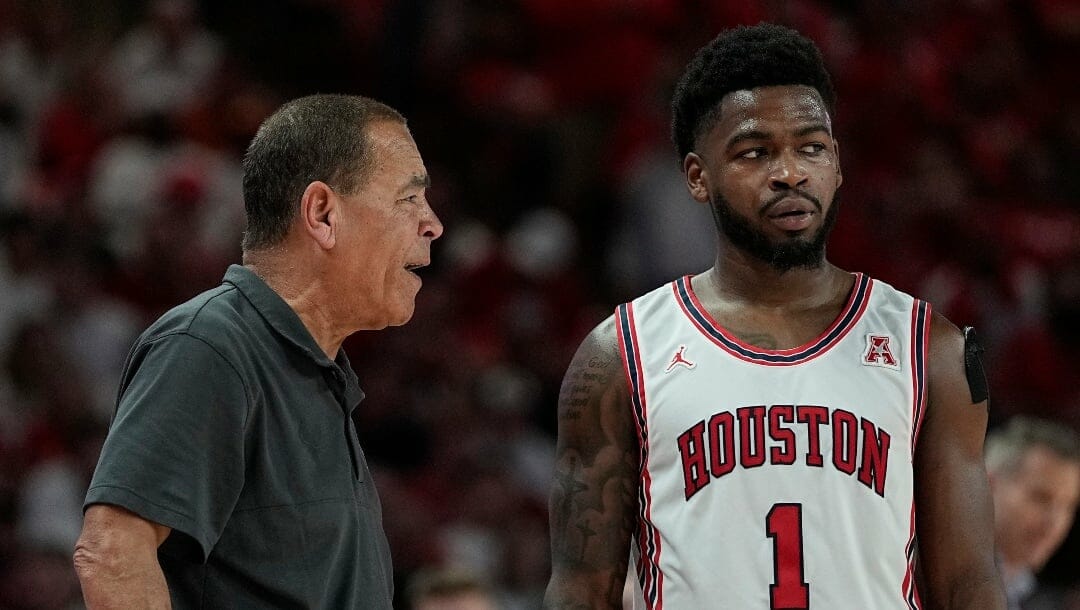 The 2023 NCAA Tournament will begin with the unveiling of the 68-team bracket with Selection Sunday on Sunday, March 12, 2023.

Two days after Greg Gumbel hosts the selection show on CBS at 6 p.m. on March 12, the First Four will tip off in Dayton, which was the only city that returned as a host in 2022 after losing games in 2021.

Dayton has hosted the first games of March Madness each year since the initial play-in format was established in 2001.

Columbus is also scheduled to host games, making Ohio only of only two states with two host cities. New York is the other; Albany will host first- and second-round games and New York City will host the Sweet 16 and Elite Eight at Madison Square Garden. It will be the Garden’s first tourney games since 2017.

Here’s the full 2023 NCAA Tournament schedule, starting with Selection Sunday on March 12 and ending with the Final Four in Houston on April 2 and 4:

The First Four will return to Dayton for the second straight year and the 22nd time since the play-in format began in 2021.

March Madness is returning to Birmingham for the first time since 2008, the most recent of 10 times the city has hosted, half of which were first- and second-round games and half were regional games.

March Madness is back in Orlando for the seventh time in the last 31 years. The city most recently hosted first- and second-round games (at the Amway Center) in 2017.

When Golden 1 Center hosted first- and second-round games in 2017, it became the 10th different venue in California to do so. And with games scheduled for 2023, it will become the seventh different venue to host at least twice.

Prior to the 2016 NCAA Tournament, the state of Iowa had never hosted a tourney game. With games scheduled for Wells Fargo Arena in 2023, the state will have hosted the first- and second-round three times in the last seven tournaments (2016, 2019, and 2023).

MVP Arena will host NCAA Tournament games for the second time ever and the first time since 1995 (then named Knickerbocker Arena). It’s one of eight venues in the state that have hosted first- or second-round games in tourney history.

Since hosting first- and second-round games in 2004, four years after the arena opened, Nationwide Arena hasn’t gone more than four years without hosting games. The arena most recently hosted in 2019.

Denver has been in the regular rotation for opening weekend games for the last two decades and is scheduled to host in both 2023 and 2025.

After hosting games on March 17 and 19, Greensboro will overtake Meadowlands Arena (East Rutherford, New Jersey) and Bojangles’ Coliseum (Charlotte, North Carolina) for sixth-place among venues with the most hosted tournament rounds.

Only UD Arena (Dayton) has hosted more tournament rounds than Madison Square Garden. This will be the third time the Garden has hosted regional games since 2014.

Only Dayton and New York City have hosted more NCAA Tournament rounds than Kansas City. The T-Mobile Center most recently hosted first- and second-round games (as the Sprint Center) in 2019.

These will be the first NCAA Tournament games ever played in Las Vegas and the entire state of Nevada.

This will be the fifth time hosting games for the KFC YUM! Center since opening in 2010. The venue most recently hosted Elite Eight and Sweet 16 games in 2019.

NRG Stadium will host the national semifinals and national championship for the first time since Kris Jenkins’ title-winning shot in 2016.

As of Friday, Jan. 27, Houston sits atop national championship odds at +600. Arkansas and Purdue are tied for the second-shortest odds (+900), followed by UCLA and Tennessee at +1200.

How To Bet on College Basketball Odds

Betting on college basketball odds has never been easier or more exciting. Here’s to place your bets at BetMGM:

Whether you’re new to betting or a longtime bettor, there are entertainment options for everyone!