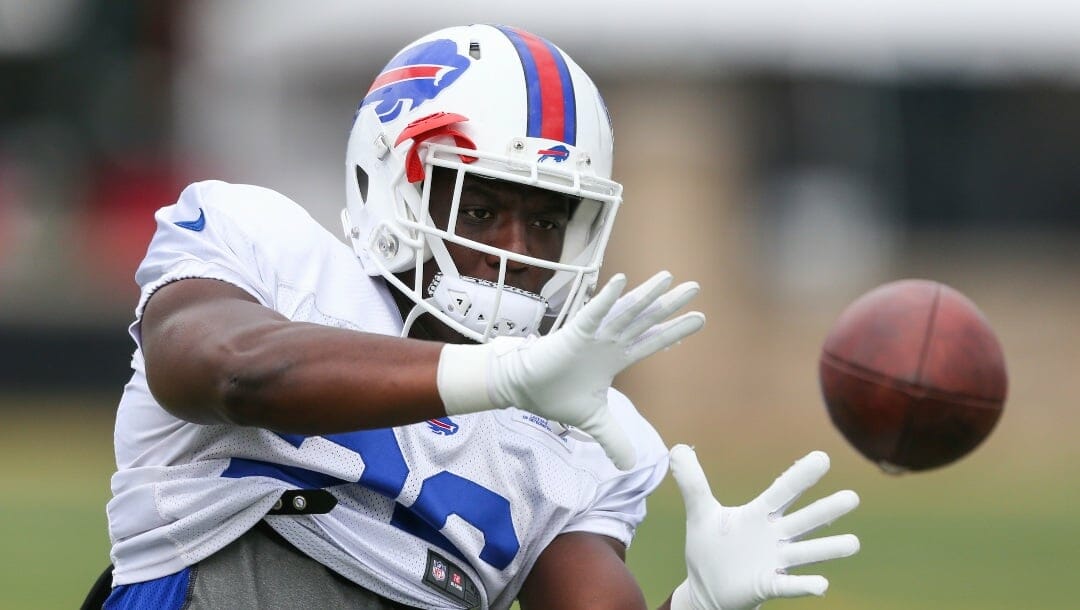 For decades, Buffalo Bills fans have been slamming each other through tables in anticipation of this exact moment.

The Bills have spent the past few seasons stockpiling talented players on both sides of the football. With an effective system, several years of experience with the core group, and some new complementary pieces added, the AFC is the Bills for the taking, as Super Bowl odds reflect in NFL betting.

At +600 to win the Super Bowl, the Buffalo Bills are the favorite at BetMGM. And they’re well ahead of the nearest AFC team, the Kansas City Chiefs (+1000).

The Bills wouldn’t be anywhere close to where they are now without Josh Allen, and things could have ended up a lot differently for the former seventh overall selection.

Allen battled consistency issues through his first two seasons in the NFL, compiling a 56.3% completion percentage with 30 touchdowns and 21 interceptions. Credit where credit is due, Allen put in the work in the offseason and re-invented himself as a legitimate franchise quarterback.

The University of Wyoming product came back with a vengeance in years three and four, combining for a 66.1% completion rate and a 73-25 touchdown to interception ratio. Further, he almost doubled his yardage, throwing for 5,163 in his first two seasons compared to 8,951 over his last two. Allen is the nucleus of the Bills’ offense and has the chemistry to take this team to new heights.

Allen’s coming-out party coincides with the arrival of Stefon Diggs, who has been the Bills’ top receiver over the last couple of years.

The two-time Pro Bowler set a career and league-high in receiving yards in 2020, hauling 127 catches for 1,535 yards. Diggs nearly matched that total last year and will continue to get the majority of the looks in the passing game. Complementary pieces such as Devin Singletary, Dawson Knox, and Isaiah McKenzie ensure that the offense will know no limits in 2022.

Last year, there was no better defensive unit in the NFL, and you could make a convincing case that the Bills got better in the offseason. Buffalo had the league’s best scoring defense and total defense, giving opponents no hope of keeping pace with the Bills’ offense.

The defending AFC North champs added to their ranks this past offseason, signing Von Miller and Daquan Jones while using their first-round draft pick on highly-touted prospect Kaiir Elam. Those are plus-additions to each layer of their defense, meaning we could see an even stingier unit this season.

That’s without considering All-Pro safety Jordan Poyer, second-team All-Pro cornerback Micah Hyde, or former All-Rookie Team Ed Oliver. There is confidence throughout this team, and the Bills aren’t afraid to flex their muscles.

Professional and public bettors alike can’t get enough of the Bills, as they have been elevated to the top of the futures board at the online sportsbook.

Although it may be ill-advised to take the betting favorite ahead of the season, you wouldn’t be wrong for wanting a piece of the action. Buffalo’s offensive pedigree and imposing defense set it apart from the rest of the competitors. May the tables rise up to meet you Bills Mafia, now is your time to shine.

From the preseason through the playoffs, live sports betting is available for every NFL game throughout the season.

As Patrick Mahomes and the Kansas City Chiefs hold onto a third-quarter lead over Davante Adams and the Las Vegas Raiders, Jonathan Taylor and the Indianapolis Colts try to make a comeback against Trevor Lawrence and the Jacksonville Jaguars, or Jared Goff and the Detroit Lions start their opening drive against Aaron Rodgers and the Green Bay Packers, you can view live NFL betting opportunities at BetMGM.

Visit the sportsbook today to take your online betting experience to the next level!