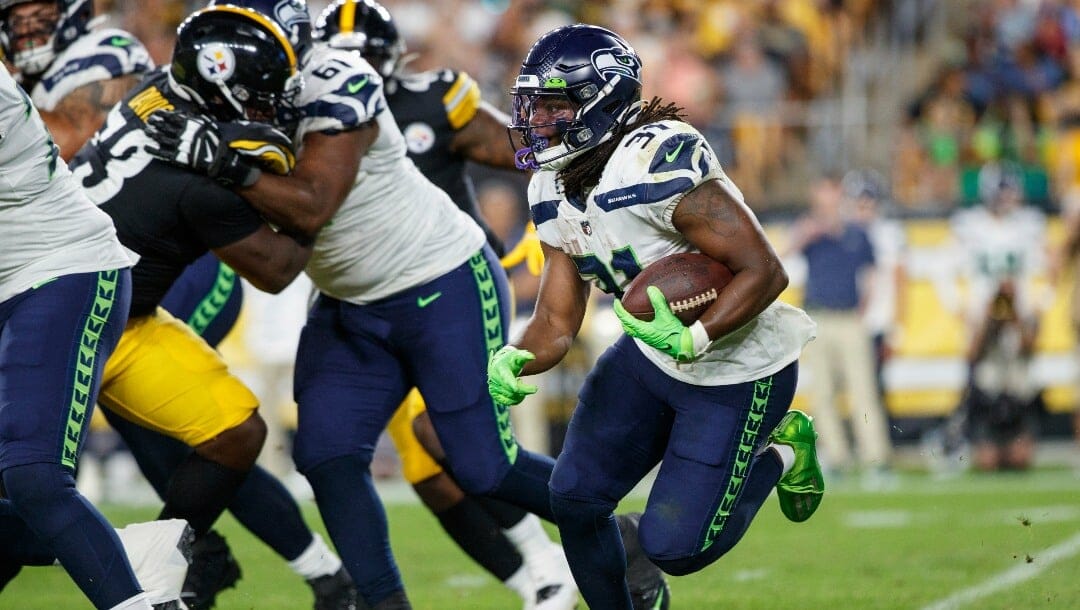 The Seattle Seahawks have parted ways with Russell Wilson and face the tall task in 2022 of keeping up with one of the strongest divisions in football. Do they have a prayer at winning the NFC West?

One month before the season starts, the Seahawks are buried in NFC West odds (+1600) in NFL betting.

The early retirement of Chris Carson makes the addition of rookie running back Kenneth Walker III all the more important.

He was a stick of dynamite for Michigan State in his junior season and could see a hefty workload straight out of the gate.

It’s the end of an era in Seattle as Russell Wilson is off to Denver, and they will be rolling with someone other than Wilson in the season-opener for the first time in 11 seasons.

The Seahawks often got away with limited resources on offense because of Wilson’s playmaking ability, but that won’t fly now that he’s out of town. Geno Smith or Drew Lock will have big shoes to fill in 2022.

Pete Carroll was blessed to have Wilson as his quarterback in all but his first two seasons with the Seahawks.

Now, he’ll face his toughest coaching job with the franchise, and we will learn if he is worthy of being the third-highest paid coach in the NFL. If he can bring this team to seven or more wins, he’ll likely avoid the NFL hot seat.

In what will be a rebuilding year for the Seahawks, they feel impossible to back in 2022.

They currently have one of the worst quarterback situations in football and an uninspiring pass defense that allowed 6.9 yards per pass attempt, 24th in the NFL. They have not brought in much help during the offseason and seem content to let this be a down year in the Pacific Northwest.

This shift in the narrative for the season can be seen in the number.

After opening at +500 with Wilson still on the roster, Seattle now sits at +1600 to win the division. With the quarterback talent that the Cardinals, Rams, and 49ers all possess, it’s just not in the cards for the Seahawks to have any shot at shocking the world with an NFC West crown in 2022. Save yourself the money and spend it elsewhere in the futures market.

Sell on the Seahawks at this longer number to win the NFC West in 2022.