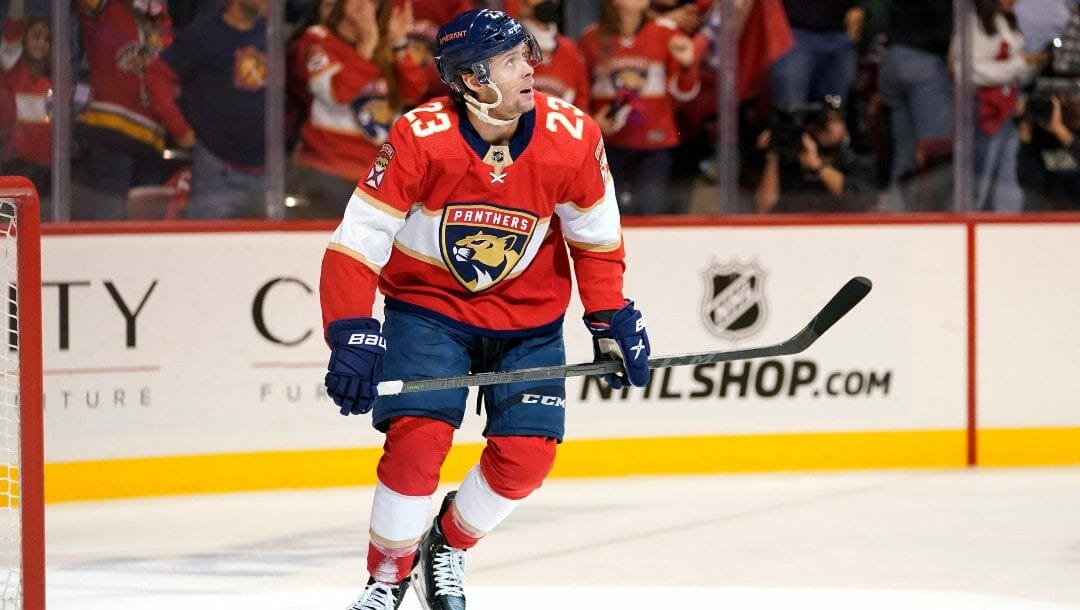 The conference semifinals will get underway on Tuesday with matchups from the Atlantic and Central Divisions. This will kick off a great few weeks of NHL betting.

As a nice alternative to NHL betting lines, player props are worth taking a look at.

Here are two to consider for Tuesday night.

Of all the talented Panthers skaters who could have led the team in scoring through the opening round, Carter Verhaeghe is one of the least suspecting.

Verhaeghe averages the 11th-most minutes on the Panthers and skates on the team’s second powerplay unit, averaging less than 30 seconds a contest. Still, the 26-year-old nearly doubled the next closest player in scoring, accumulating 12 points through the first six postseason games. I am expecting him to carry that momentum into Game 1 against the Lightning.

Carter Verhaeghe for the win in OT 🚨 pic.twitter.com/okSGHdANgK

Despite the limited playing time, Verhaeghe has some of the most noteworthy analytics.

The former Niagara Ice Dog finished the first round with the fourth-best expected goals-for rating on the Panthers, ranked near the top of several categories. Verhaeghe was on the ice for the fourth-most scoring and third-most high-danger chances, with a 57.4% Corsi rating across all strengths. The winger didn’t miss, scoring on 40% of shots and elevating the team’s shooting percentage to 20% when he was on the ice.

Inevitably, Verhaeghe’s metrics will erode, but we’re not expecting that to start in Game 1.

The Bolts come into Tuesday’s matchup on limited rest off a hard-fought series against the Toronto Maple Leafs. Additionally, the Panthers benefit from the last change, allowing them to get Verhaeghe matched up against the Lightning’s weaker units. Florida will have a chance to pot a few, and Verhaeghe should get involved early.

It’s been quite the journey for David Perron.

The 33-year-old’s foray into the NHL came with the Blues, spending the first six years of his career in St. Louis. Perron bounced around from there, playing with six different teams between 2013-19, before rejoining the Blues full-time at the start of the 2019-20 season.

The winger has thrived since landing back in St. Louis, and the Blues are reaping the rewards this postseason.

Perron is the team’s scoring leader, recording five goals and four assists through the Western Conference Quarterfinal. However, Perron’s success runs much deeper than that.

The Quebec native was an analytics darling, leading the team in virtually every offensive metric. Among forwards who played more than 35 minutes, Perron led the team in scoring chances with 77 and high-danger opportunities with 24. Consequently, he was the pacesetter in expected goals-for percentage by a wide margin, with a 70.9% rating.

Recognizing his offensive proficiency, the Blues deployed Perron on the powerplay more frequently than any other forward. That led to five of his nine points coming on the man advantage. I suspect that the onslaught continues against an Avs team that had a penalty kill rate of 76.9%.

That should help Perron go over his modest points prop.