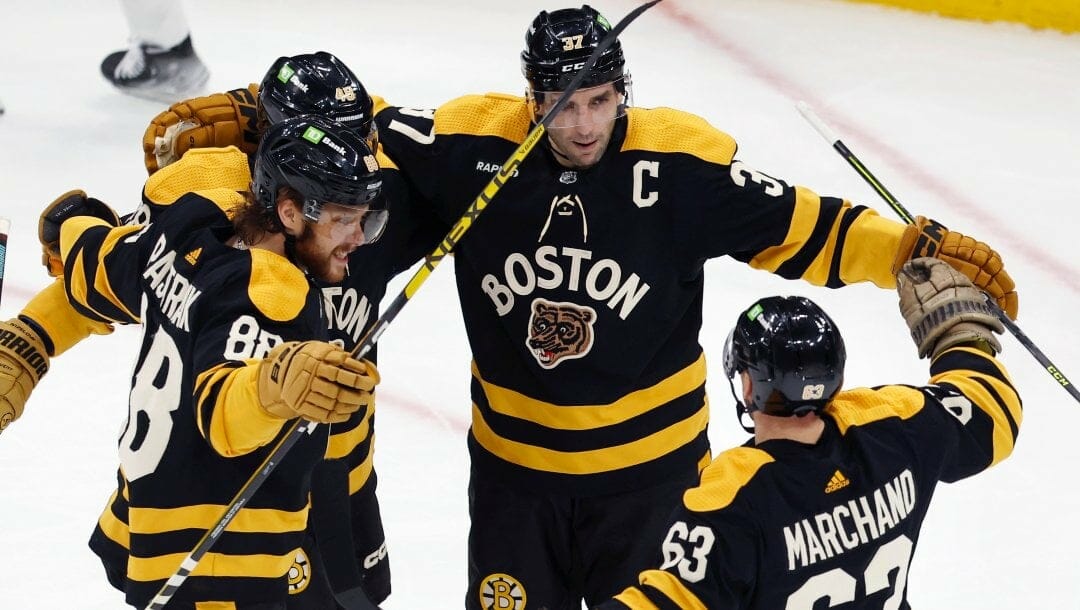 You’d be forgiven for thinking the Boston Bruins were unstoppable. Forty-six games into the 2022-23 season, the Bruins’ record of 37-5-4 has established them as the team to beat.

“They’re a veteran team,” Montreal Canadiens head coach Martin St-Louis told the media before his team faced the Bruins on Jan. 24. “They’re very connected and organized. It takes time to build that.”

Take a look back at win No. 2️⃣0️⃣ pic.twitter.com/WwPyeNyUHe

The Bruins are developing and keeping their talent from NHL debut through to retirement, and that system means that new players can slot right into a winning culture without a hitch. It’s hard to maintain, but it’s proving even harder to beat.

Looking at the current standings, it’s not a close race for first place. After the Bruins, the next team in the league is the Carolina Hurricanes, but their 29-9-8 record puts them a not-insignificant 12 points back. Meanwhile, the Canadiens — Boston’s infamous rival — are all the way down in 26th place.

As two of the Original Six NHL teams competing in the Atlantic division, the rivalry between the Bruins and Canadiens is widely regarded as one of the greatest in sport. The two teams have met 931 times as of Jan. 24, with Montreal holding an all-time record of 469-348-103-11. The Canadiens have won 23 Stanley Cups in the franchise’s history compared to the Bruins’ six.

With the Bruins now on top of their game and the Canadiens deep in a development year, the tables seem to have turned. After 47 games, Montreal has a record of 20-24-3, so what does that mean for the rivalry this year?

“I’ve been a Canadiens fan my whole life and have followed the rivalry, so for me to be a part of it is really very special,” Canadiens defenseman Arber Xhekaj told me in the locker room on Jan. 24. “They’re a good team, but that means it’ll feel even better to stop them.”

Boston has advanced to the playoffs every season since 2016-17, though they haven’t won the Stanley Cup since 2010-11. With the way things are going, perhaps 2023 will be the year that ends the drought.

"We all know the history behind both clubs. It’s always special to be here at the Bell Centre." — Patrice Bergeron on tonight's matchup against the Canadiens in Montreal pic.twitter.com/hZ966hldQN

Could This Be the Best Bruins Team In Franchise History?

Still, that’s not comforting if you’re about to face them on the ice.

“We don’t really focus too much on the other team,” said Canadiens’ defenseman Chris Wideman when I asked him about the rivalry. “The Bruins are a good team, and it’s going to be a challenge, but we’ll be ready for them.”