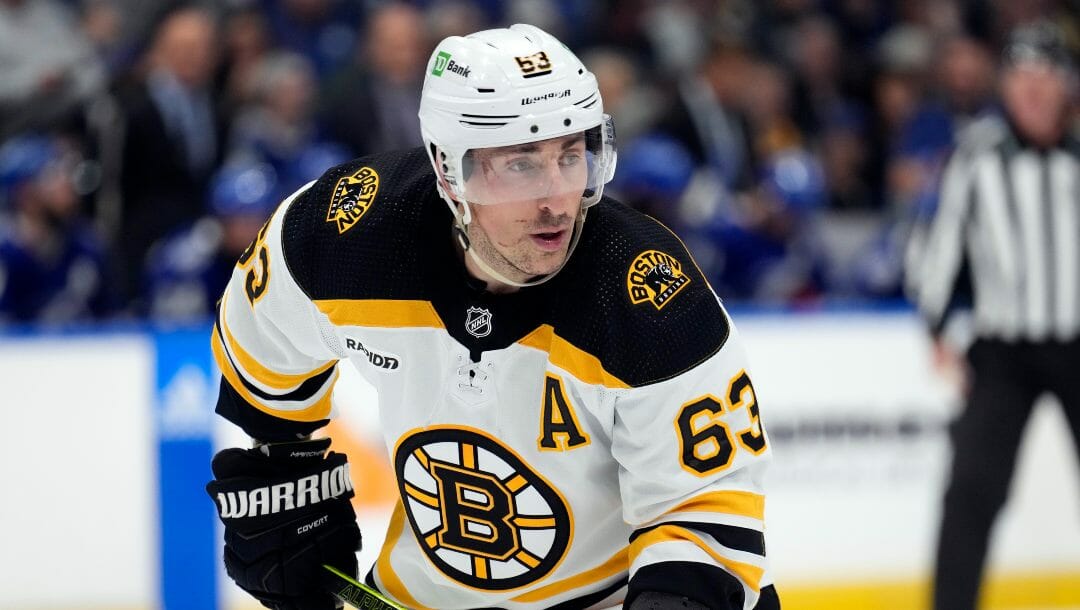 The Bruins enter this week at the top of the Atlantic Division with a record of 32-4-4 and have some of the best NHL odds to win the Stanley Cup.

They have a busy next week, with a few important games.

The Bruins open their three-game homestand against the Kraken for the first of two meetings between the two teams this season.

Both sides enter this week’s contest red hot. Neither has lost a game since the start of the new year, despite playing most of their games on the road. For the Kraken, it will be game six of a seven-game road trip.

Offensively, both teams possess major threats in David Pastrnak and Matty Beniers. Boston’s Pastrnak recorded his first hat trick of the season in the B’s most recent showing and has scored seven goals in his last three games. Beniers is on a five-game goal and point streak, including a goal and an assist in the Kraken’s most recent win over the Sabres.

With excellent goaltending at both ends, expect this game to be close. There’s a good chance a single goal will decide this contest.

The Bruins and Leafs will face off on Saturday. While Toronto is right behind Boston in conference and league standings, they would need to win a lot more than this game to catch up.

The Bruins have an 11-point lead and double the goal differential, at +68 compared to the Leafs’ +34. On paper, the B’s have the upper hand, but recent history favors Toronto.

The Bruins have lost the last four matchups between the two, including a 2-1 loss earlier this season. As predicted with the Kraken, this game will likely be a back-and-forth and low-scoring affair.

The Flyers’ season thus far can be described in one word: inconsistent.

Philadelphia enters this week with a 17-18-7 record and a dismal -16 goal differential. They’ve played better in the new year, with wins in six of their last seven, scoring at least four goals in each win.

However, continuing this trend won’t be easy. Philly shouldn’t count on scoring four-plus goals against the Bruins’ superior goaltending. Ultimately, the outcome of this game depends on which version of the Flyers shows up. The Bruins could have a competitive game on their hands if it’s the team of recent weeks.

The Bruins will wrap up the week against the Islanders. The two teams met almost a month ago when the Bruins won 4-3, backed by two goals from Jake DeBrusk.

The Islanders have slipped toward the bottom of the Metropolitan standings but possess some top offensive talent in Mathew Barzal. This game will also showcase some of the league’s best goaltending. While the Bruins have Linus Ullmark and Jeremy Swayman between the pipes, the Islanders have Ilya Sorokin and Semyon Varlamov.