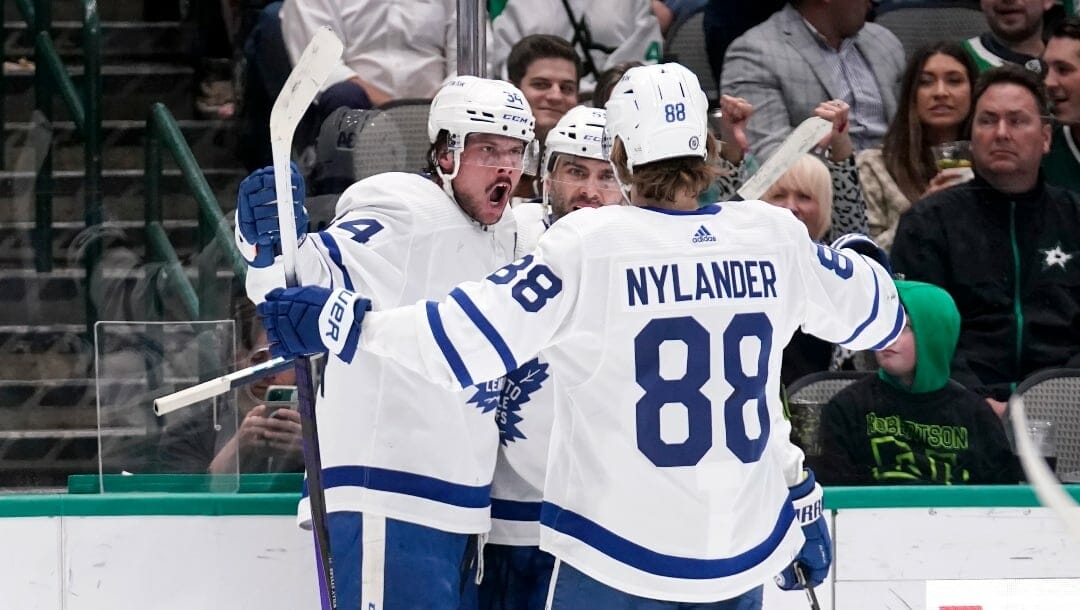 The Toronto Maple Leafs and Calgary Flames are both in a good position to become Canada’s first Stanley Cup champion since the Montreal Canadiens won 29 years ago.

Led by Johnny Gaudreau, the Flames have clinched the Pacific and are third in Stanley Cup odds after failing to qualify for the playoffs just one year ago in the NHL’s Canadian division. The Flames have rebounded nicely and a lot of that has to do with the success they’ve seen from three players.

Gaudreau has put up dynamite numbers in 2021-22 with 109 points on the year and if he isn’t a finalist for the Hart this season, he’ll likely fall just outside of the top five. Lindholm was acquired in a trade for Dougie Hamilton back in 2018 and has put big numbers this season, where he’s currently totaled 78 points in 78 games while playing a key role down the middle of the ice for Calgary.

Markstrom is likely a candidate for the Vezina Trophy posting a career-high 37 wins to go along with a .922 save percentage. You also can’t forget about Matthew Tkachuk, who has reached the 100-point plateau with Gaudreau.

Turning your attention towards the Maple Leafs, they have once again put up a fantastic regular season, but until they can win multiple rounds questions will remain about their playoff performance.

Auston Matthews is developing into a generational goal scorer in front of our eyes, where he took over the franchise lead in goals scored in a single season from Rick Vaive, which was previously 54 goals. Matthews currently boasts 58 goals and 102 points on the season but has been sidelined for the last three games due to an injury. He’ll likely return to the lineup ahead of the playoffs, with a chance to eclipse the 60-goal mark.

Mitch Marner has also put up a career-high in points with 95 (and counting) and will be a big part of Toronto’s push to win the team’s first Stanley Cup since 1967.

The biggest current question mark for the Leafs might be in goal, with some inconsistencies and injuries surrounding Jack Campbell, especially with not a whole lot of depth behind him if he falters.

Even with that being said, the Leafs still sit in a tie with the fourth-highest point total in the NHL this season with 108 and also have four games remaining.

Calgary owns Stanley Cup odds of +900, behind the Colorado Avalanche (+350) and Florida Panthers (+550), while the Leafs boast odds at +1000. The Leafs and Flames currently are Canada’s best and only hope to capture a Stanley Cup this season.

With the way both clubs are playing as we head into the postseason, there’s no reason why either of them can’t end Canada’s 29-year cup drought.