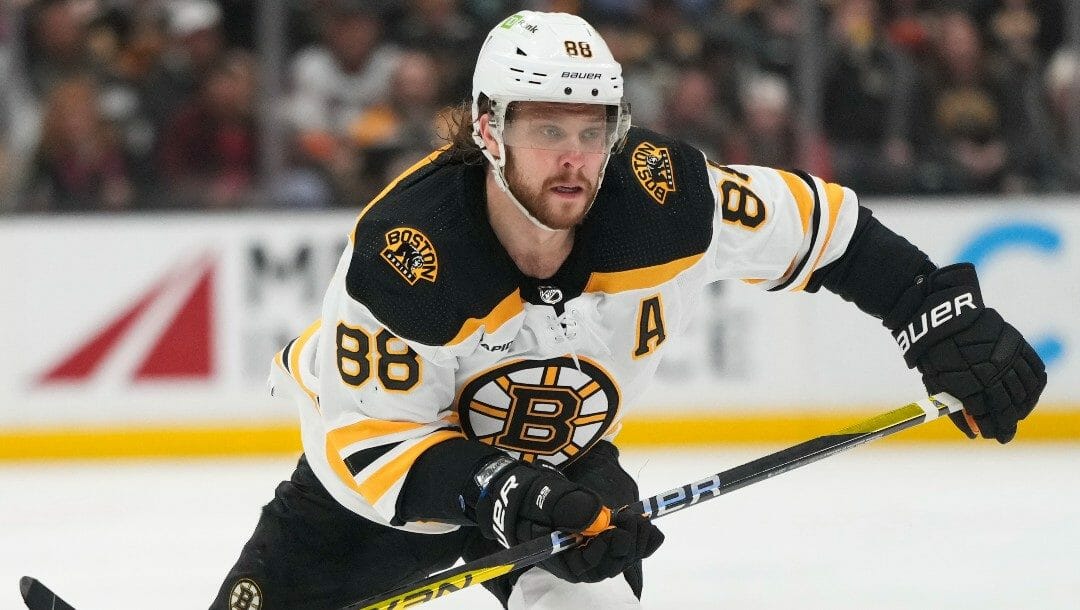 There are a number of different options when it comes to NHL betting.

While puck lines and moneylines are good, how about taking a shot at a parlay?

Here are a few to consider for today’s action.

The Carolina Hurricanes are building momentum after last night’s 5-4 comeback victory against the Los Angeles Kings. However, they’ll be met with resistance by the Buffalo Sabres, who have recently been one of the hottest teams in the NHL.

Over the last couple of weeks, the Sabres’ offense has elevated the team’s underlying metrics. Buffalo has attempted ten or more high-danger opportunities in five of their previous eight. That’s shifted the expected goals-for in their favor, with the Sabres outplaying their opponents in all but three of those games.

The Hurricanes remain an elite squad, but a couple of factors are working against them tonight. First, Carolina is playing on consecutive nights after starting their primary goalie last night. That means backup Antti Raanta and his 89.7% save percentage will be responsible for backstopping the Canes tonight.

Additionally, the Canes have seen a decrease in offensive and defensive efficiency over their past few games. Their five-on-five save percentage has fallen to 88.9%, with their shooting percentage tumbling to 8.2%.

It’s not reflected in the betting line, but circumstances favor the Sabres in this Eastern Conference battle.

The only other game on the schedule features an Original Six matchup as the Toronto Maple Leafs take on the Boston Bruins.

The Leafs’ offense showed signs of life last time out against the Washington Capitals, but that has been the exception and not the rule over the last couple of weeks. Toronto has posted below-average shooting percentages in five of their previous seven.

That’s a tough rut to break out of against one of the best teams in the NHL. The B’s have allowed the fifth-fewest high-danger and sixth-fewest scoring chances this season. As expected, that’s yielded positive results between the pipes, with Bruins’ goalies combining for the top save percentage at five-on-five.

Toronto is without Auston Matthews in this Atlantic Division tilt. Although the secondary contributors showed up against the Caps, it’s unlikely the Leafs will duplicate that effort against a stingy Bruins team.

The Bruins have been on an under trend over the past few weeks, a fad that should hold up against the undermanned Leafs.

Boston’s offense hasn’t been producing as much over its recent sample, attempting nine or fewer high-danger chances in five of their last seven. As expected, that’s had a negative effect on output, with the Bruins recording three or fewer goals in all but two of their previous six outings. That’s unlikely to improve against a defensively responsible Leafs.

Similarly, not I’m expecting a robust showing from Toronto ahead of the All-Star break. The Maple Leafs are without their top triggerman, and scoring has been at a premium over their recent schedule. Moreover, the Leafs will have to contend with Boston’s solid structure, which, as previously stated, is defensively sound.

The B’s have gone over the total just once over their last eight games, while the Maple Leafs’ totals are north of the number in two of six. Those trends collide in what should be a defensive first game.

Opposite of that, the Sabres and Hurricanes contest could get out of hand.

Buffalo has a surging offense, but lately, output hasn’t caught up with production. Despite the improved underlying metrics, the Sabres were limited to three or fewer goals in all but one of their previous four. As such, more scoring should be forthcoming.

The Canes can facilitate that growth with their goaltending situation. Still, they have the offensive ability to keep pace with their hosts, as the Hurricanes have recorded 14 goals over their last three games, recording at least four in each contest.

This matchup could turn into a track meet, with teams forsaking defensive responsibility for a few more chances.