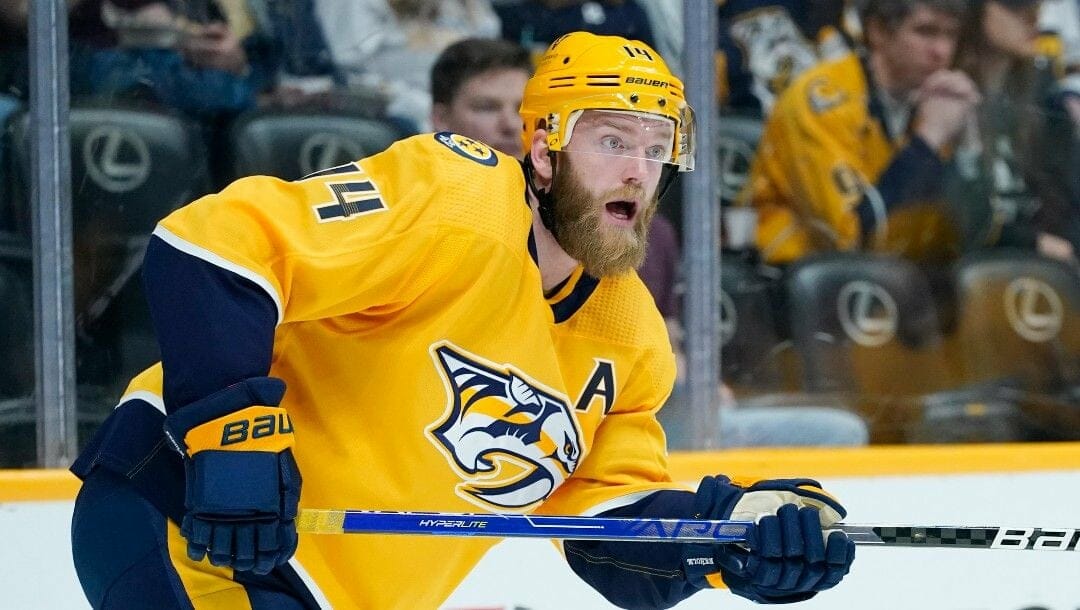 It will be another busy night for NHL betting as there are seven games scheduled for Friday.

One NHL game is the Nashville Predators taking on the Buffalo Sabres where offense remains priority No. 1 for both teams.

The Sabres operate a free-wheeling system, preferring to abandon defensive structure for a few extra scoring chances. Nashville plays with more defensive structure but is flourishing offensively. That should lead to a track meet on Friday, with a number of goals likely to be scored.

Read more for some analysis of the game to help with NHL betting picks.

Although Nashville can lean on their defensive structure, we haven’t seen that over their last few games.

Two of their past four opponents have attempted 13 or more high-danger chances at five-on-five, leading to 30 or more shots in three of those four games. Preds’ goalies haven’t been able to weather the storm, giving up 17 goals over that four-game sample.

We have no reason to believe that the Predators’ offense won’t keep pace with the Sabres.

This season, Nashville has been among the best offensive teams in the league, recording the 11th-most goals on the second-best shooting percentage this season. Increased production metrics should also positively impact output, with the Preds attempting 10 or more high-danger and 26 or more scoring chances in three of their past four games.

There should be no slowing down either team as they come into the contest with solid offensive ratings and defensive shortcomings.

One team is going to pour it on leading the other to try and play catch up. We’re anticipating a high-scoring affair in Buffalo.