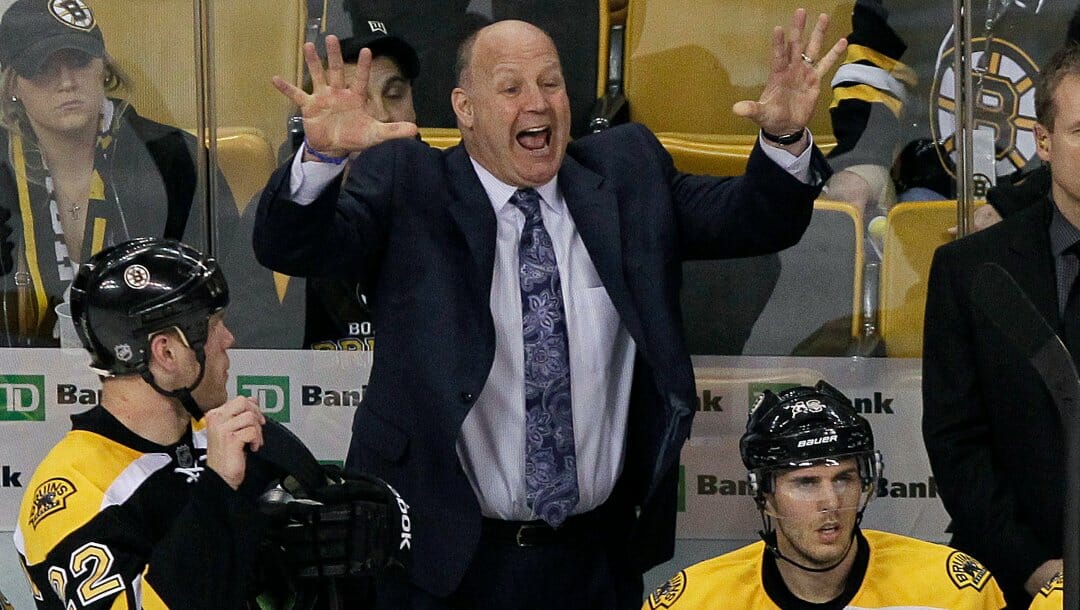 The Boston Bruins were formed in 1924, making them the third-oldest active team in the NHL and the oldest based in the United States. The team is consistently among the top teams in Stanley Cup odds, having won six Stanley Cups, five Conference Championships, and three Presidents’ Trophies. Among the 29 head coaches in franchise history, it’s clear they’ve had a few stars.

On June 30, 2022, the Bruins announced Jim Montgomery would take over as the team’s head coach, replacing Bruce Cassidy after six seasons. Still in his first season behind Boston’s bench, Montgomery has some big shoes to fill, but who were the best head coaches in Bruins history?

Cherry was named head coach of the Bruins for the 1974-75 season, and his eccentric and flamboyant style, often encouraging very physical and aggressive play, quickly made him a divisive figure behind the bench. Cherry kept the already-dominant Bruins at the top of the standings through the second half of the 70s, with the team boasting an NHL record of 11 players with 20 goals or more during the 1977-78 season.

In five seasons as Bruins’ head coach, Cherry accumulated a record of 231-105-64 through 400 regular-season games. He led the team to the playoffs in every season he coached, including two appearances in the Stanley Cup Final, though he never managed to take home the top prize.

When Sinden took over behind the Bruins’ bench in May 1966, he was the youngest head coach in the league at 33. In his fourth season (1969-70), he led the team to the franchise’s first Stanley Cup title in 29 years.

Cassidy joined the Boston Bruins as assistant coach for the 2016-17 season, and after a brief stint as interim head coach after the firing of Claude Julien, he was announced as the new head coach on Apr. 26, 2016.

In almost six seasons behind the Bruins’ bench, Cassidy accumulated a record of 245-108-46 in 399 regular-season games. He led the team to six playoff appearances, and although he never managed to take home the Stanley Cup, a playoff berth for every season he coached is nothing to scoff at.

A standing ovation for Bruce Cassidy in his return to Boston. pic.twitter.com/Zm7CJLYBum

Ross was hired as the Bruins’ first coach and general manager when the team was formed in 1924, and he ended up having three separate stints behind Boston’s bench throughout his career. His final season as coach was 1944-45, after which he stayed on as general manager until his retirement in 1954.

With Ross at the helm, the Bruins had 10 first-place finishes in the league, 12 playoff berths, and five Stanley Cup Final appearances. The team came out on top in two of those appearances, winning the Stanley Cup in 1929 and 1939.

In his 17 seasons behind the bench in Boston, Ross accumulated a record of 387-290-95 in 772 games. In 1947, he donated the Art Ross Trophy to the NHL, which is still awarded each year to the leading scorer of the regular season.

The winningest coach in franchise history, Julien led the Bruins to seven playoff berths, including one Stanley Cup win (2011) to break a 40-year drought, so it shouldn’t be any surprise that he’s at the top of this list.