Which Teams Have Never Won the Stanley Cup? 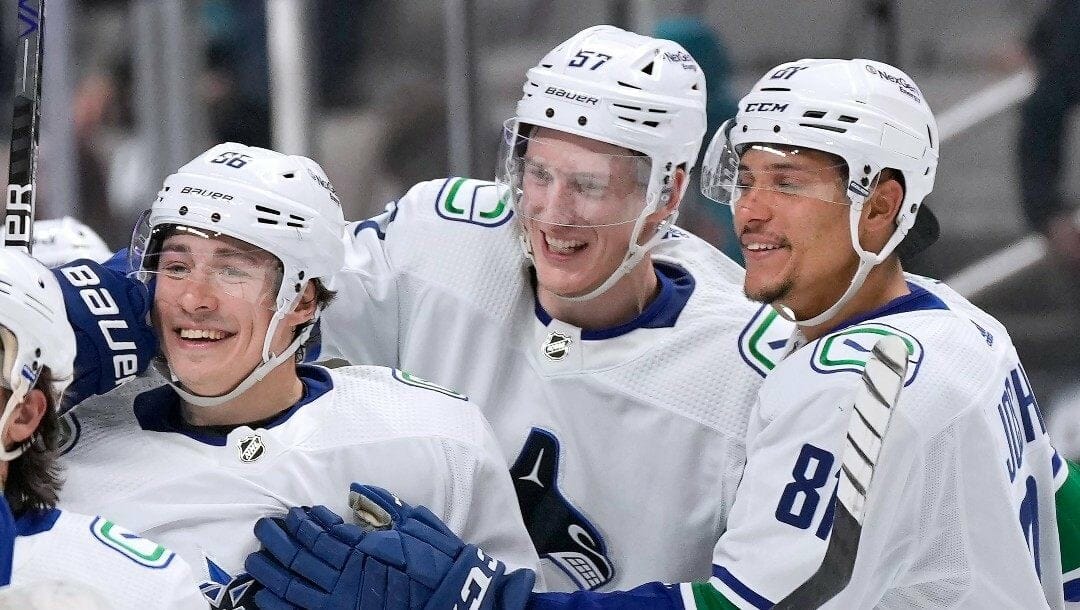 The quest for NHL’s holy grail is one of the most daunting paths in sports. Teams compete across an 82-game regular season before facing a grueling four-round, best-of-seven postseason journey to the championship.

Which Teams Have Never Won the Stanley Cup?

Close but no cigar is the moniker that most aptly applies to the Vancouver Canucks, who top the list among teams without a Stanley Cup Championship. The Canucks are 0-for-3 in finals appearances, most recently losing to the Boston Bruins in Game 7 in 2011.

Not even Dominik Hasek could lead the Buffalo Sabres to relevance. Hasek went on to win two championships, but neither came with the Sabres. However, the team was part of one of the most controversial finishes in history. Brett Hull’s toe was in the crease for the game-winning goal in 1999, but the Dallas Stars still lifted the Cup.

An overtime winner from the Colorado Avalanche’s defenseman Uwe Krupp sunk the Florida Panthers in the 1996 Stanley Cup Final, and the team hasn’t come close to a championship since. Florida is tied for the ninth-best odds to win this year’s Stanley Cup, but the team is on the outside of the playoff picture looking in as the holiday freeze approaches.

The Ottawa Senators came painfully close to making their second finals appearance in 2017, losing to the eventual Stanley Cup Champions, the Pittsburgh Penguins, in overtime of Game 7 of the Eastern Conference Final. Still, that didn’t sting as badly as losing to the Anaheim Ducks in 2007.

The Joe Thornton-led dynasty of the San Jose Sharks was one of the most underperforming postseason teams in NHL history. The Sharks made the playoffs in 14 of 15 seasons, with just one trip to the last round, losing in six games to Sidney Crosby and the Penguins.

The Nashville Predators were the Penguins’ final victim in 2017, the only Western Conference Championship banner in franchise history. Like the Sharks, Nashville has been a formidable regular-season franchise but hasn’t experienced the same success in the playoffs.

No team experienced the level of success the Vegas Golden Knights did in their inaugural campaign. Vegas shocked the hockey world en route to the Stanley Cup Final in 2018. It was all for naught, as the Golden Knights were no match for Alex Ovechkin and the Washington Capitals.

It took one season longer than the Golden Knights, but the Seattle Kraken appear poised to make their first playoff run this year. Seattle sits second in the Pacific Division and has rocketed up the Stanley Cup futures board. Approaching the halfway point of the season, the Kraken are down to +5000 to win it all from +10000.

The notoriety of not making a finals appearance doesn’t belong exclusively to the Winnipeg Jets, as the team originated as the Atlanta Thrashers. Neither iteration of the franchise has excelled in the playoffs, getting to the conference final just once since coming into the league in 1999-00.

Six playoff berths in 22 seasons is the only accomplishment the Columbus Blue Jackets can hang their hat on. However, the Blue Jackets are on track to miss the postseason for the third straight year in 2022-23.

Minnesota’s distinction as the best hockey state doesn’t apply to its NHL franchise, the Minnesota Wild. The Wild have yet to make a lengthy playoff run, failing to make it out of the second round since 2002-03 and never making it past the Western Conference Final.

The Arizona Coyotes own the worst distinction of being the longest-tenured franchise that has not yet won a Stanley Cup nor made a finals appearance.

When Do the 2023 Stanley Cup Playoffs Start?