When Is Dustin Poirier’s Next Fight? 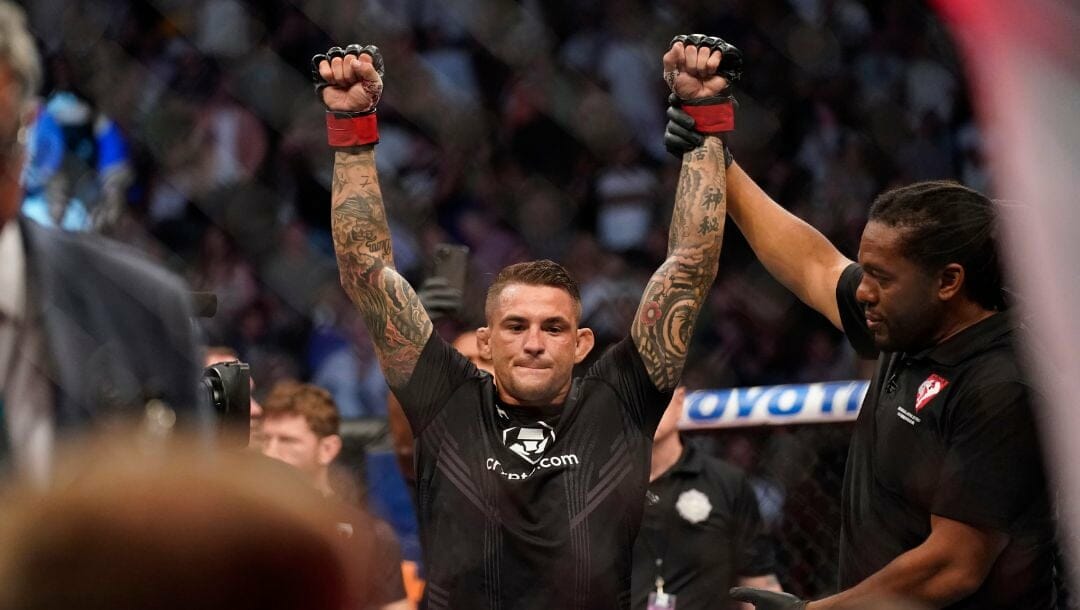 Dustin Poirier is fresh off his bounce-back win from Michael Chandler in November 2022 under the UFC 281 event that went down in Madison Square Garden. It was his 21st victory under the Las Vegas-based promotion, which maintained his status as a fan-favorite fighter and the reason why he is a household name in the UFC odds and MMA betting. Additionally, “The Diamond” was a former interim lightweight champion who competed in two title fights but unfortunately lost both to Khabib Nurmagomedov and Charles Oliveira.

His well-rounded fighting style of boxing and Brazilian Jiu-Jitsu are vital in producing incredible performances and highlight-reel victories. Alongside his elite and world-class skills is a crowd-friendly personality, solidifying his place as one of the famous UFC fighters today.

DUSTIN POIRIER PUT ON A SHOW AT MSG 👏 #UFC281 pic.twitter.com/u8OWzg0fuR

When will the two-time title challenger step back inside the Octagon? And who is going to be his opponent?

When is Dustin Poirier’s Next Fight?

Dustin Poirier’s next opponent still needs to be confirmed, but fans are eyeing a second fight between him and Justin Gaethje. The Louisianan is also rumored to fight Beneil Dariush or Rafael Fiziev.

Dustin Poirier’s all-time UFC earnings throughout his over two-decade run with the promotion is estimated to be around $12.3 million. This total earnings by the “Diamond” include his base pay, win bonuses, performance bonuses and Pay-Per-View shares. His biggest single fight pay was when he fought Conor McGregor in their third match in July 2021 and headlined UFC 264. Poirier bagged a whopping $5.1 million in that fight.

Dustin Poirier fights out of the American Top Team and is widely regarded for housing some of the best fighters in MMA. He’s guided by coaches Matt Brown, Thiago Alves, Conan Silveira and Steve Mocco, who are also in his corner during fights. The “Diamond” is also a teammate to other ATT UFC fighters, namely Jorge Masvidal, Pedro Munhoz, Edson Barbosa, Mosvar Evloev, Mateusz Gamrot and Arman Tsarukyan.