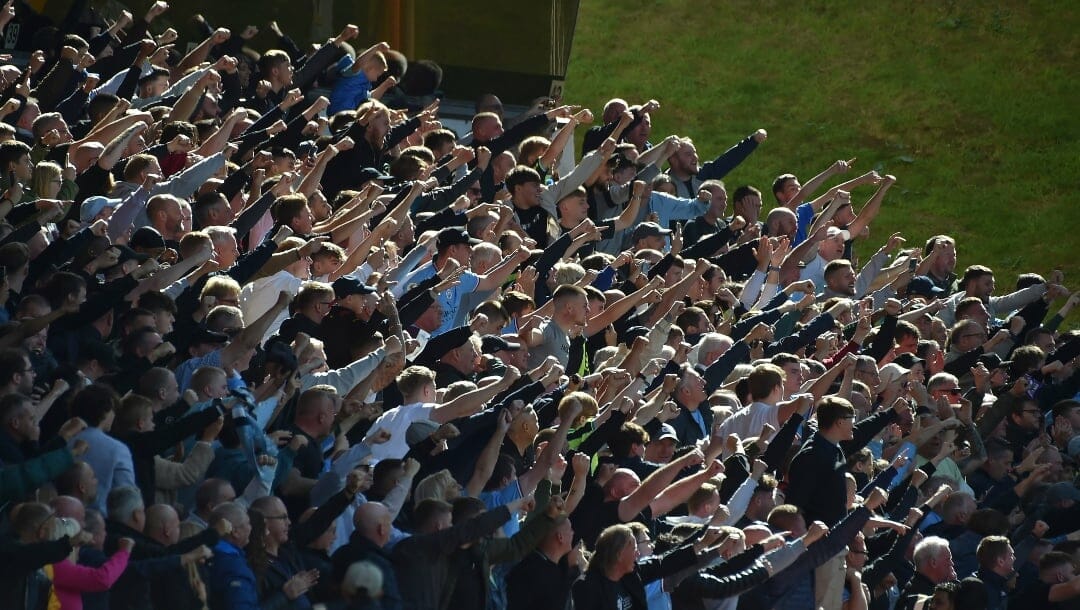 Naming the biggest city with a Premier League team is as easy as finding a fish and chips shop in England, but can you list the next four largest?

Premier League odds have one of two teams in Manchester, the fourth largest city with an EPL team, as massive favorites (-370) to win their fifth title in six years. The other Manchester team, Manchester United, are fifth favorites (+2500) to win.

London is also home to four of the five largest stadiums in the Premier League. The non-London exception is in Manchester, with Old Trafford laying claim to the country’s largest stadium.

Based on population, here are the five largest cities with a Premier League team.

Devastation hit Leeds when their beloved club was relegated from the Premier League in 2003-04 due to gross financial mismanagement.

Leeds United restored its Premier League status for the 2020-21 season after years of hardship and frustration. Leeds avoided relegation last season thanks to a win at Brentford on the final day.

Jesse Marsch has his work cut out to ensure Leeds maintains their Premier League status for a fourth successive season.

Manchester is one of the most renowned soccer cities globally, most recently thanks to Manchester City’s domestic dominance.

Pep Guardiola’s side has won four of the last five Premier League crowns and is the formidable favorite to repeat as champions. The Champions League title remains elusive, but City inches closer to obtaining European supremacy each passing season.

City rivals Manchester United dominated the Premier League in its first 21 years of existence, winning 13 crowns thanks to the genius of Sir Alex Ferguson, arguably the most esteemed manager of all time. In addition, United won the 1999 Champions League under the Scot’s tutelage.

Liverpool is home to a blue and red side, both of which play on Merseyside. However, Liverpool is the more widely recognized global brand, garnering a massive following in every corner of the world.

Liverpool won the 2005 Champions League against AC Milan in the most memorable, improbable, and dramatic fashion. They overturned a three-goal halftime deficit to prevail on penalties. The Reds also won the 2019 Champions League and the 2020 Premier League.

Everton is still searching for its first Premier League crown, though neither team from Liverpool has ever been relegated. Everton was closest to making the drop but avoided relegation with a great escape in 2021-22.

The Claret and Blue are led by manager Steven Gerrard, who has endured his fair share of tumult since taking the helm last year. However, it’s incumbent for Villa to stick with Gerrard. As the adage goes, Rome wasn’t built in a year.

Villa’s top brass would be naive to think they can build a winner without first overcoming a medley of teething pains.

London, the capital, most populous city, and business epicenter, is home to seven Premier League teams.

The 1994-95 season was the only other season in which seven teams from the capital participated in the Premier League.

The only London-based sides that have won the Premier League crown are Arsenal and Chelsea. Those two teams and Tottenham have never been relegated from the Premier League, while Brentford is enjoying its second season among England’s elite soccer teams.