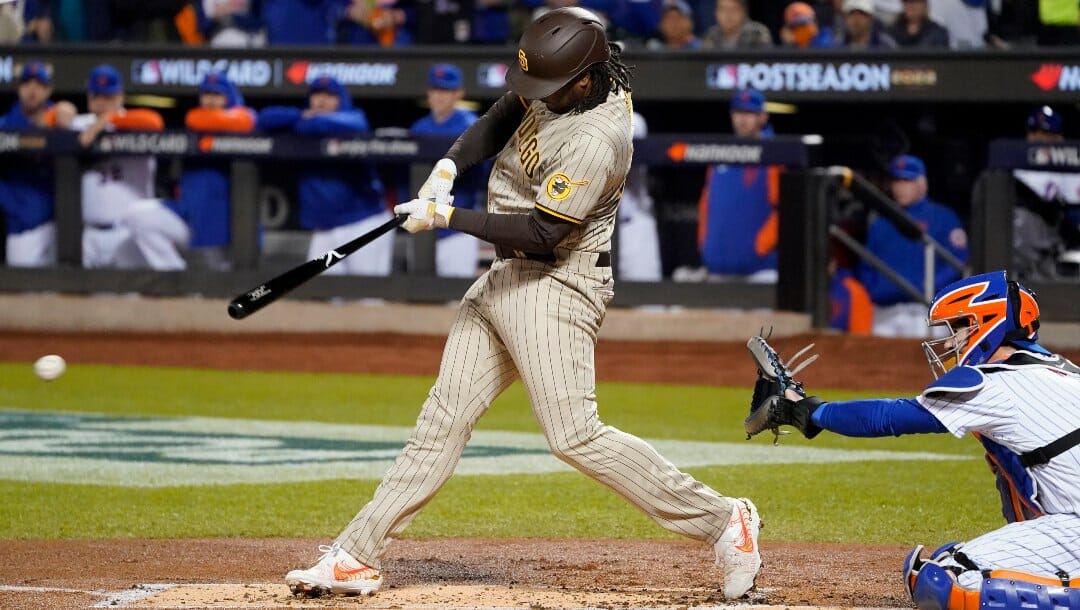 After making headlines in August as part of the Juan Soto trade from the Washington Nationals to the San Diego Padres, first baseman Josh Bell is now a free agent. After just three months with his new team, including a playoff berth that ran to the NLCS, Bell’s contract expired without an extension.

So, with all eyes on World Series odds for next season, what happens to the 2019 All-Star now?

Bell made his debut in the major leagues on July 8, 2016, with the Pittsburgh Pirates. He was traded to the Nationals on Dec. 24, 2020, with whom he agreed to a one-year, $6.35 million contract for the 2021 season. Before the 2022 season, Bell signed another one-year, $10 million contract with the Nationals, which would cover his final year of eligibility for salary arbitration.

In arguably the biggest news of the trade deadline, Bell was traded to the Padres alongside star outfielder Juan Soto on Aug. 2, 2022, with the Nationals receiving a huge package of C. J. Abrams, MacKenzie Gore, Robert Hassell III, James Wood, Jarlin Susana, and Luke Voit in return.

Soto was admittedly the main target of the trade, but I still expected Bell to perform better than he did in San Diego. During the 2022 regular season, Bell batted .266 — .301 in 103 games with the Nationals and .192 in 53 games with the Padres. That’s a dramatic drop-off in the second half of the season, but the 30-year-old still won a Silver Slugger Award, which many Padres fans didn’t think was particularly deserved.

Since Bell wasn’t continuously with the organization from Opening Day until the end of the regular season, he wasn’t eligible to receive a qualifying offer from the Padres. That’s not to say they won’t re-sign him out of free agency, and the likelihood of that option seems to shift up and down by the day, depending on the rest of the market.

If you’d asked me in mid-November whether the Padres would re-sign Bell, I’d have given you a decisive prediction of “no” — but alas, things change.

Rumors swirled that the Padres were focusing on signing veteran first baseman José Abreu out of free agency, but with the 35-year-old now having signed with the Houston Astros, San Diego may need to reconsider Bell as an option.

Bell was always intended as a rental player to get the Padres to bolster the Juan Soto deal and get the team into contention during the second half of the 2022 regular season. Even though San Diego didn’t make an appearance in the World Series, the team had an unexpectedly long playoff berth, defeating the Los Angeles Dodgers in the Division Series to advance to the NLCS.

So with his underwhelming stats in the regular season’s second half, did the Padres get their money’s worth enough to justify re-signing Bell? If they can’t find a suitable replacement at first base, will they have much of a choice?

Aside from the Padres, the Brewers are the most likely landing spot for Bell. Andrew McCutchen has entered free agency and is unlikely to return to Milwaukee, so the team is in the market for a designated hitter. Bell fits the bill, with the bonus of being able to play first base.

Considering his disappointing batting average in San Diego, it seems odd to pitch Bell as a designated hitter. His sharp decline seems out of character, though, and the Brewers may be optimistic that he will return to his former glory in 2023.

It was a slump of fewer than three months on a new team. Bell’s stats were likely just a dry spell, and it’s best not to be too dramatic about it — maybe he just really hates West Coast weather. Regardless, if he can convince the Brewers that his struggles won’t repeat next season, Milwaukee is a great new home for Bell.

The Giants have likely lost Brandon Belt this offseason, either to injury or free agency, and are rumored to be looking at Bell as a replacement.

Bell would be a perfect acquisition to split first base and designated hitter duties with J.D. Davis, and he will be a lot cheaper than the endless slew of star shortstops on the market. The 30-year-old is a switch-hitter and considering the Giants had injury issues with their left-handed batters in 2022, this is likely to boost San Francisco’s interest in him.

The Giants are looking to get back into contention after a rather mediocre season in 2022, and signing a strong bat for the middle of their lineup, with the added perk of playing first base, wouldn’t be a bad place to start. While I think the Padres and Brewers are more likely landing spots for Bell, the Giants are definitely in the conversation.