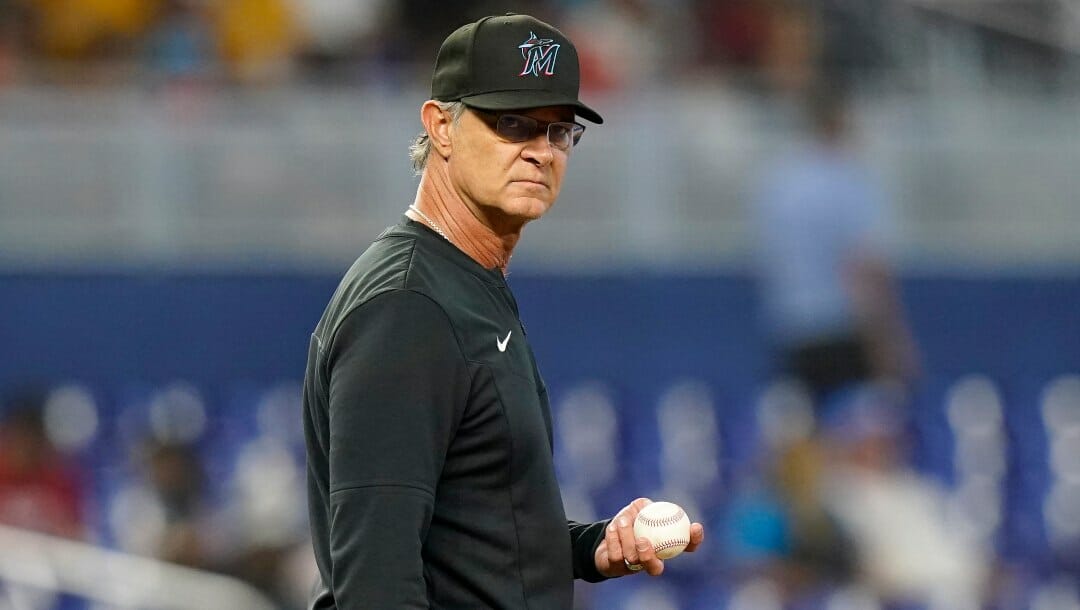 You wouldn’t know it from their record, but the Miami Marlins actually have some top players on their roster. Infielders Garrett Cooper and Jazz Chisholm Jr. were selected as All-Stars, utility player Jon Berti has led the league in stolen bases all season, and pitcher Sandy Alcantara is a top contender for the NL Cy Young Award with an ERA of 2.32. So, to be blunt, why do the Marlins suck so much?

Don Mattingly’s recent years with the Marlins have had mixed results, and it wasn’t long into 2022 before fans began calling for the team’s longest-serving manager to be fired. Miami is fourth in the NL East, only in front of the Washington Nationals, with World Series odds so long they’ve been taken off the board. With a disappointing record of 437-584 since taking over as manager in 2016, it’s only natural Donnie Baseball isn’t the most popular person in Miami.

Don Mattingly was all up in the ump’s face pic.twitter.com/WOkb7eM59X

On Sunday, Mattingly announced he will be leaving the Marlins after the 2022 season. This comes just months after the team exercised their club option to keep him through 2023, so I can only assume there were some heated conversations behind closed doors leading to this moment.

To be fair, it hasn’t always been this way — Mattingly has shown some strong moments during his tenure.

After the pandemic-shortened 2020 season, he was named NL Manager of the Year. Still, the Marlins’ barely-winning record of 31-29 seemed to be the exception rather than the norm, and coming only one season after the team’s disastrous 67-105 record in 2019, the award did feel a little optimistic.

Don Mattingly addresses the media after Sunday's loss about the mutual decision to not return as manager for the Miami Marlins next season. #MakeItMiami pic.twitter.com/xUZxFmjrth

So with Mattingly officially on the way out of Miami, who are some potential replacements to take on the top job and revive the Marlins?

Having managed the San Diego Padres for nine seasons and 13 more for the San Francisco Giants, Bochy is far from short on experience.

With a managerial record of 951-975 with the Padres and 1052-1054 with the Giants, Bochy is the only manager in Major League history to win at least 900 games with two different teams. He led the Giants to three World Series titles in 2010, 2012, and 2014, and was the 11th manager in MLB history to achieve 2000 wins. So, if the Marlins can talk Bochy into managing, he’d be quite the acquisition.

After retiring as Giants manager after the 2019 season, Bochy served in the team’s front office before being named manager of the France national baseball team. Despite still serving in that role, I doubt Bochy will turn down a major league offer if an enticing-enough one falls in his lap.

With multiple other MLB teams shopping for managers this offseason, including the Angels, Blue Jays, Rangers, and Phillies, Bochy is sure to be a top target. He’d likely be an amazing fit for the Marlins — if they can get him.

Cairo has been interim manager of the Chicago White Sox since Tony La Russa went out on medical leave in August. While the team’s season has been disappointing, he’s proven his ability to pull the dugout together.

Cairo played for nine different clubs during his 17-year career in the league before retiring at the end of the 2012 season and moving into coaching. He served as a special assistant to the general manager and interim bench coach with the Cincinnati Reds before moving into player development with the New York Yankees. In Nov. 2020, Cairo joined the White Sox as bench coach under La Russa.

On Sunday, the White Sox announced that La Russa will not be returning for the remainder of the season, keeping Cairo in the position of interim manager at least until the offseason.

Fans are famously unhappy with La Russa as White Sox manager, and rumors are swirling he’ll retire at the end of the season. If that happens, Cairo will surely be a top pick to take on the role permanently, but if not, perhaps this taste will have him looking for the opportunity elsewhere. The Marlins may just be a perfect fit.

Espada’s name is in the conversation every time a managerial position is vacant. He’s currently serving as bench coach for the Houston Astros, but having already unsuccessfully interviewed for the top role with the Rangers, Blue Jays, Twins, Giants, Cubs, Mets, and Athletics, it’s clear he’s interested in being a manager.

Although he’s not yet landed the top role, Espada has seemingly served in every other position.

In the majors, he’s worked as a bench coach, third base coach, special assistant to the GM, and infield coach, plus multiple positions in the minors, so he’s got plenty of experience to draw upon should he be given his big chance.

Could the Marlins be exactly what Espada’s been waiting for? He’ll almost certainly be considered.