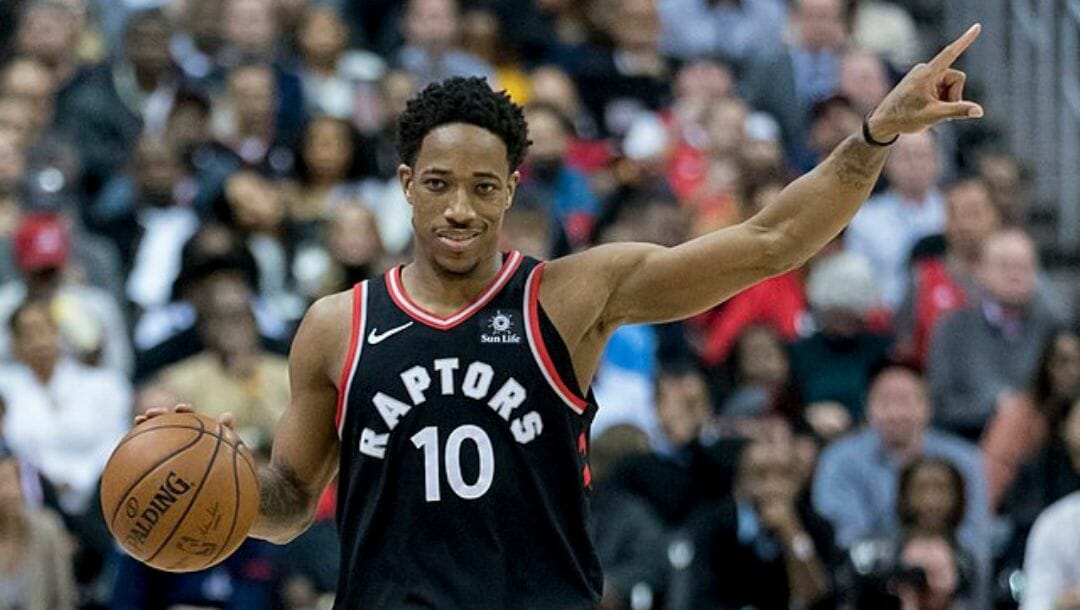 This season, the Toronto Raptors once again proved that they have one of the best rookie scouting systems by selecting Scottie Barnes as their fourth overall pick in the 2021 NBA Draft. Barnes was able to immediately made an impact on the team through his averages of 15.3 points, 7.5 rebounds and 3.5 assists in 74 games in his inaugural season.

These numbers have positioned the 20-year old newcomer to lead the Rookie of the Year award in the NBA odds and eventually bag it. Additionally, the Raptors placed fifth in the Eastern Conference standings and made a playoff appearance which made them a contender in the latest basketball betting odds.

But as much as Scottie Barnes is having a solid season, we have seen other great Toronto draft picks who helped the Canada-based franchise collect victories in the league.

With that being said, we listed the seven best Toronto Raptors draft picks of all time.

The team’s first-ever draft pick was used to select Damon Stoudamire as the seventh overall pick in the 1995 NBA Draft. The 5-foot-10 guard quickly asserted himself as the team’s number one scorer and playmaker by producing 19.0 points and 9.3 assists during his first year.

Before being traded to Portland, Stoudemire appeared in 200 Toronto games and accumulated 19.6 points, 8.8 assists and 4.1 rebounds. These averages helped Stoudamire bag the Rookie of the Year honor in 1996.

In its second season in the league, Toronto was gifted the second overall pick in the 1996 draft, and they used it to select Marcus Camby to pair him with its prized guard Damon Stoudamire.

Camby was a solid pick-up for them as he racked up 14.8 points, 6.3 rebounds, and a team-leading 2.1 blocks in his maiden year. But because of injuries, the 6-foot-11 center was dealt to the New York Knicks in exchange for Charles Oakley.

Drafted as Toronto’s ninth overall pick in 1997, Tracy McGrady’s ascent in the team was gradual.

After posting 8.1 points, 4.9 rebounds and 1.9 assists in his first two seasons with the Canada-based squad, McGrady elevated his play in the third season with 15.4 points, 6.3 rebounds and 3.3 assists to help the team reach its first-ever postseason run in the 1999-2000 season.

Chris Bosh was Toronto’s lottery pick in the 2003 NBA Draft, where he was selected as the fourth overall pick. Bosh instantly earned a starting role and provided a decent number of 11.5 points, 7.4 rebounds and 1.4 blocks as a rookie, which is also the reason why he was included in the NBA All-Rookie 1st team in 2004.

The 6-foot-11 big man has helped the franchise reach the playoffs two times and represented them in five NBA All-Star games.

Overall, CB4 appeared in 509 games with Toronto and put up 20.2 points, 9.4 rebounds, 2.2 assists, and is considered one of the greatest Raptors in team history.

🗓 This Day in Stats, 2010: @chrisbosh has 42 points & 13 rebounds against the Warriors, giving him five 40p/10r games in his Toronto career. No other @Raptors player has more than two such games. pic.twitter.com/LF08pvSBrx

In 2009, the Raptors picked DeMar DeRozan as their ninth overall selection in the draft. The former Southern California star played for nine seasons with the team and helped them qualify for the playoffs for five straight seasons from 2014 to 2018.

DeRozan was also part of the all-star festivities four times as a Raptor, where he racked up career numbers of 19.7 points, 4.1 rebounds and 3.1 assists in 675 games.

DeMar DeRozan leaves the Raptors as the franchise's career leader in:

Despite being a late first-round draftee in the 2016 draft, Pascal Siakam proved to be a significant building block in Toronto’s future by becoming one of the franchise’s stars.

In six seasons so far with the Raptors, Siakam already appeared in his first all-star game in 2020, won the 2019 NBA Most Improved Player of the Year award, and was a big part of the championship run in 2019.

Toronto’s fifth overall pick in the 2011 draft was used to select Jonas Valanciunas to pair him with prolific scorer DeMar DeRozan.

The Lithuanian’s partnership with DeRozan was quite successful as they led the franchise to five playoff runs in their tenure. The 6-foot-11 center averaged 11.8 points, 8.4 rebounds and 1.0 blocks in his 470 games in a Raptors jersey.