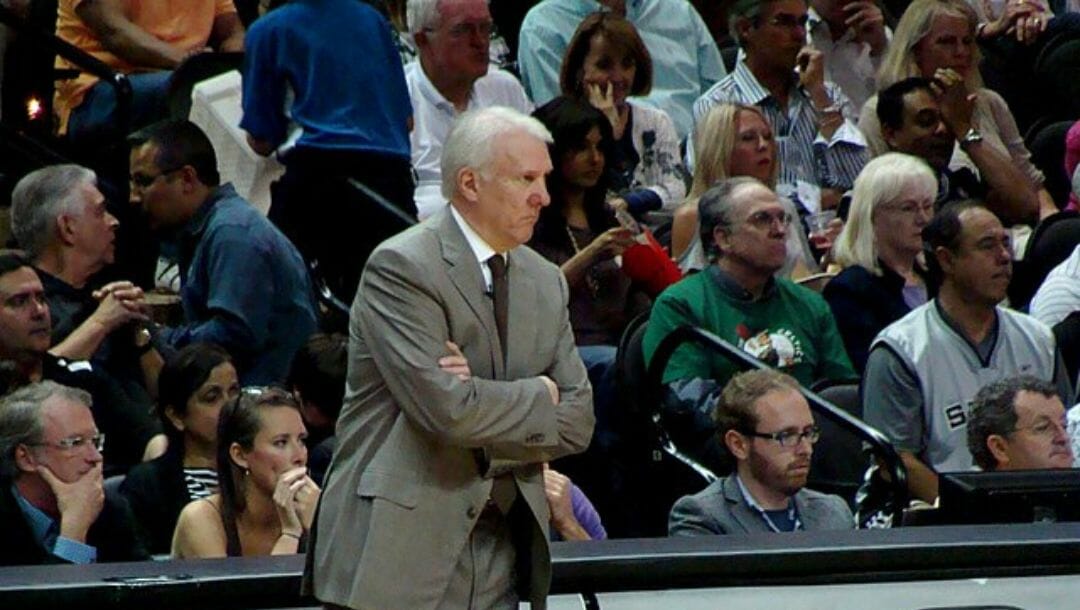 Perhaps the most exciting stage in an NBA season is the playoffs because this is where title contenders are coming out after a long and grueling 82-game regular-season games. We also see upsets being generated by lower teams over the higher-seeded teams. Just ask the 1995 Houston Rockets team who entered the playoffs as the sixth team in the Western Conference but still managed to win the title despite the NBA odds stacked against them.

But who made the playoffs for most consecutive years throughout the league’s history which further enhanced their chances in the NBA championship odds, and who has the most years of drought? We listed the top three NBA teams with the longest playoff streak and layoff.

The San Antonio Spurs surpassed the Portland Trail Blazers’ record for the most consecutive playoff appearances for 22 straight seasons in 2019. This streak dates back to 1998, and out of those 22 stints in the playoffs, the Spurs captured five championships in 1999, 2003, 2005, 2007 and 2014. The franchise also groomed two basketball hall-of-famers in the form of David Robinson and Tim Duncan in that span.

Tonight we enter our 22nd straight year in the playoffs, tied for the longest streak of consecutive postseason appearances in NBA history.@Budweiser | #GoSpursGo pic.twitter.com/SosJGtBFEQ

Following the Spurs for the most consecutive playoff appearances in NBA history is the Portland Trail Blazers, who achieved 21 straight from 1983 to 2003. Portland had Fat Lever, Clyde Drexler, Rasheed Wallace, Scottie Pippen and Arvydas Sabonis in their team during the said period. The Blazers reached the NBA Finals twice in 1990 and 1992 but were defeated by the Pistons and the Bulls, respectively.

Sitting at the number three spot is the Utah Jazz franchise who got into the postseason for 20 straight seasons. They got to the playoffs from 1984 to 2003, where they earned back-to-back NBA Finals appearances in 1997 and 1998 but fell short of beating the Chicago Bulls dynasty on both occasions. This prolific run was mainly because of the pick-and-roll pioneers Karl Malone and John Stockton, who led the charge for the team.

This season, the Sacramento Kings are on pace to have the longest playoff drought in NBA history with 16 as they currently have 15 seasons in a row without a postseason appearance. They last earned a spot in 2006 as the 8th seed in the Western Conference. They almost broke this streak in the 2018-19 season by winning 39 games and placing 9th. Overall, they only won 437 games in the past 15 seasons combined.

The Kings have now missed the playoffs for 15 straight years.

The Los Angeles Clippers experienced their longest postseason drought way back in 1977 as they were still known as the Braves. This layoff carried over until the 1991 season, where they only managed to place as the 10th seed in the Western Conference. In 1992, they finally reached the playoffs by winning 45 wins that season. In those 15 seasons, they only accumulated 417 and suffered 813 losses in that period.

After reaching the Western Conference Finals in 2004, the Minnesota Timberwolves failed to get through in the playoffs for 13 straight seasons, which began in 2005 and ended in 2018. In those 13 forgettable years, the T-Wolves only collected 376 victories against 690 defeats. The franchise saw a total rebuild from the Kevin Garnett era, and they built around Karl-Anthony Towns, the team’s new cornerstone.