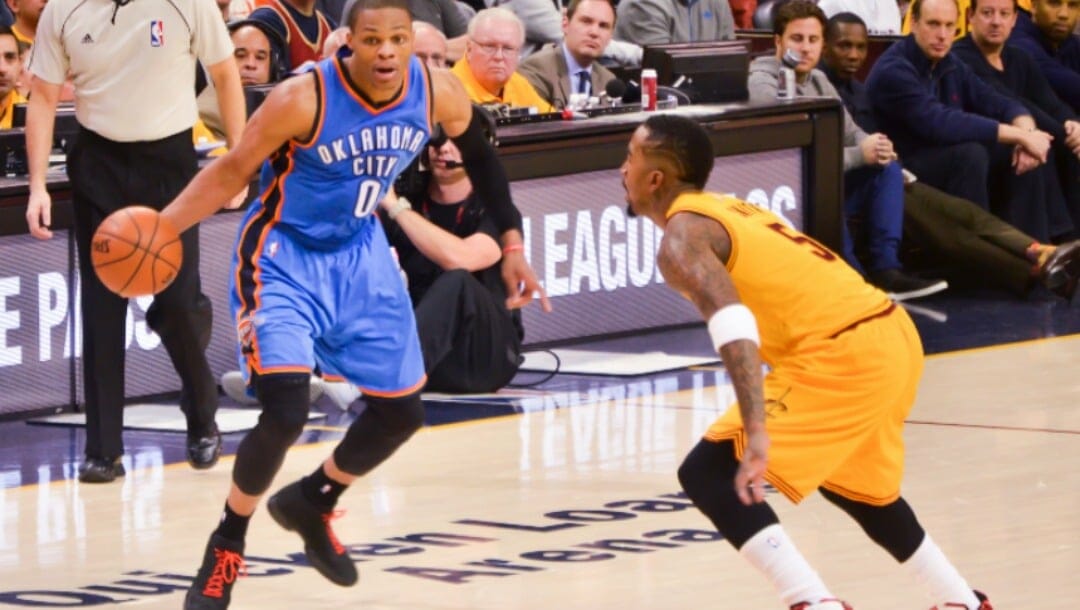 One of the best indicators of a team or a player’s development is statistical numbers, which is why it is an important factor in every game to improve their chances in the NBA championship odds. There are a ton of incredible statistical lines recorded throughout the history of the NBA, especially in the modern era.

On the other hand, some odd and bizarre stat lines were also witnessed, which rarely happens in basketball odds. Today we shed some light on these unusual stat lines ever recorded in an NBA game.

In 2013, Brooklyn Nets backup point guard C.J. Watson had one of the oddest stat lines in NBA history. In over 13 minutes of playing time, Watson registered 1 point, 1 rebound, 1 assist and 1 steal. It will be remembered as his ‘’1 game’’ as he only recorded it in four of the five major statistical categories. And oh, by the way, his plus-minus in this game is also a -1.

CJ Watson had a stat-line for the record books😂 pic.twitter.com/nUbYVLTdQY

A triple-double stat line is quite common in the NBA today, but Draymond Green of the Golden State Warriors redefined this feat in 2017 wherein he tallied 12 rebounds, 10 assists and 10 steals to help his team win over the Memphis Grizzlies. This is the first-ever triple-double in NBA history not to include points. Speaking of points, Green put up 4 and added five more blocks to stamp his presence all over the court.

A triple-double with no points?! True story.

Dennis Rodman is known for his ability to collect a ton of rebounds in a single game due to his terrific timing and anticipation. He had multiple 20-rebound games throughout his career. But the most bizarre game was where he grabbed 28 rebounds in December 1993 against Charlotte without scoring a single point in 45 minutes of playing time.

Although this is from a pre-season game, Corey Maggette scored 17 points against the Minnesota Timberwolves, but all are from the free-throw line. He did this while he played for Milwaukee in preparation for the 2010-2011 season.

The famous 100-point game of Wilt Chamberlain is undoubtedly one of the most incredible stat lines you will ever see in NBA history. Chamberlain also did have an efficient game against the New York Knicks, where he made 36 field goals in 63 attempts which is good for 57 percent. Along with his record-setting 100 points in a single game, Wilt grabbed 25 rebounds to cap off the historic night.

Terrence Ross and Bojan Bogdanovic almost replicated Allan Houston’s scoring-only game in March 2020 and January 2020, but they failed to match or eclipse this feat by two points. Houston scored the most points in an NBA game without a rebound, an assist, a steal, or even a block throughout the game. On December 2, 2000, he did it against the Minnesota Timberwolves, which resulted in his team’s win.

In April 2019, Russell Westbrook recorded the second 20-20-20 triple-double in NBA history after finishing their game against the Los Angeles Lakers with 20 points, 20 rebounds and 21 assists. This game was extra special as Westbrook offered this game to his close friend, Nipsey Hustle, who was killed days before this game.