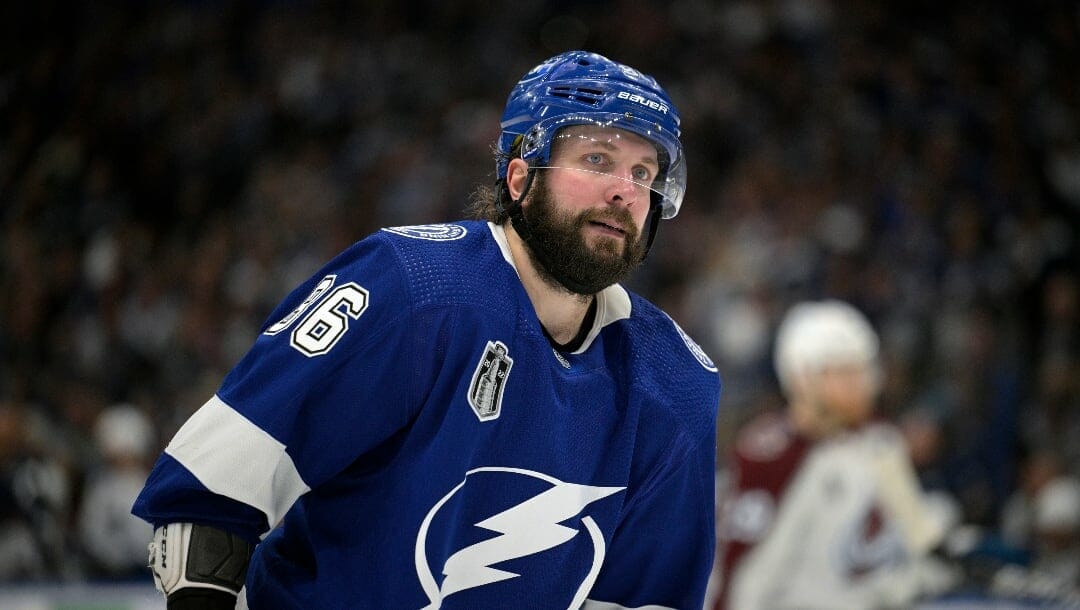 It’s not the favorites, but the following three sleeper picks offer the best value in the 2022-23 Art Ross Trophy betting market.

NHL betting lines have the three most prolific offensive juggernauts sitting atop the list of favorites, with Auston Matthews (+200), Connor McDavid (+650), and Leon Draisaitl (+650) leading the way.

Two players among the five favorites don’t offer enough value to back them as your 2022-23 Art Ross pick.

Kucherov was pegged at +4000 when the 2022-23 Art Ross NHL odds were released a couple of days ago. The Lightning ace now sits as the 13th favorite at +3000, a betting line that will almost invariably shorten further, such is his silk-stocking offensive prowess.

Nathan MacKinnon is an offensive beast who hasn’t reached his full potential. The Avs Stanley Cup winner has struggled with injuries and hasn’t played a full slate of games since 2018-19.

However, that doesn’t change the fact MacKinnon is capable of much more. He scored a career-high in points (99) in 2018-19 but has scored more points per game every season since.

If MacKinnon can stay off the treatment table, he has a bonafide chance of winning the 2022-23 Art Ross, which is easier said than done for someone who physically lays it on the line every night.

Akin to MacKinnon, Kucherov hasn’t played an entire regular season since 2018-19 and has suffered more than his fair share of injuries.

It’s no coincidence he won the Art Ross and Hart Trophy that season, finishing with 128 points in 82 games. Nobody has amassed more points in a season since Mario Lemieux in 1995-96.

Last season, Kucherov scored 69 points in 47 games after returning from injury. Only Art Ross winner McDavid scored more points per game (1.54) than Kucherov, who tallied an average of 1.47 points every contest.

The diminutive maestro is the last non-Edmonton player to win the Art Ross Trophy. If Kucherov can somehow avoid the injury bug, he has the best chance of any skater to knock McDavid off his Art Ross perch.

Kucherov is still only 29 years old and has another few seasons at his elite best, a foreboding proposition for the rest of the contenders trying to get their hands on the acclaimed trophy.

A new partner in crime has arrived on the scene in Florida, who should help Barkov ascend to an even more elite level. Matthew Tkachuk, who secured a career-best 104 points last season in Calgary, will almost assuredly be joining Barkov on Florida’s top line.

However, even without Tkachuk’s help, Barkov is a superb NHL talent.

He scored 88 points in 67 games, many of which were on a different line than Jonathan Huberdeau. Barkov was on pace to score 107 points had he played 82 games. His 1.31 points per game place him in rarified air. He scored at a more prolific rate than two players, Kyle Connor and Alexander Ovechkin, who are currently among the five 2022-23 Art Ross Trophy favorites.

Expect Barkov to be in Art Ross contention come March if he finds a way to gel seamlessly with Tkachuk.

Whether you’re building moneyline parlays on a Saturday afternoon in February, placing live bets during an Arizona Coyotes-Dallas Stars game during the final week of the regular season, or betting on player props for a Nashville Predators-New York Islanders game, there are NHL betting opportunities for everyone.

Visit the sportsbook today to bet with BetMGM!