Art Ross NHL Odds: Who Are the 5 Favorites? 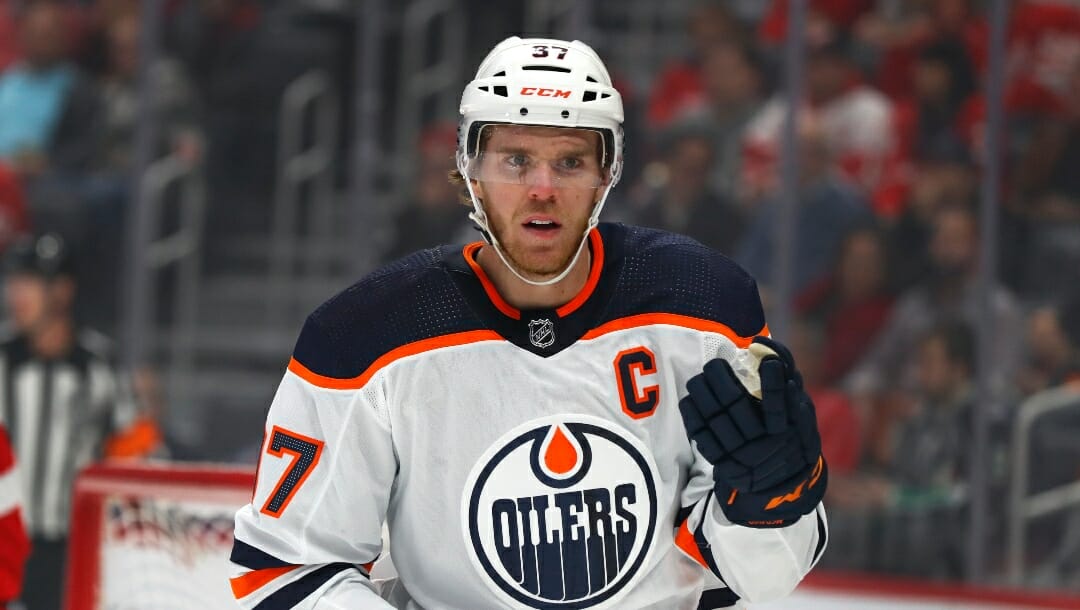 Connor McDavid is looking for his third consecutive Art Ross Trophy, while Auston Matthews hopes to win his first and halt the Oilers’ dominance.

Matthews is the early favorite (+200), and Winnipeg’s Kyle Connor is the fifth favorite (+1200). Alexander Ovechkin nestles into the top five as the fourth favorite (+900).

Nikita Kucherov, who won the Art Ross in 2018-19, was the last non-Edmonton player to secure the scoring title. The Lightning phenomenon didn’t permeate the top-10 favorite list and is pegged as the 13th favorite at +3000, one of three non-favorites offering exceptional value.

5 Favorites To Win the Art Ross

It’s somewhat surprising to see Connor’s name among the five favorites to win the 2022-23 Art Trophy. Purely based on goals, the Jets forward had a stellar 2021-22 season, scoring 47 in 79 games, the joint-fifth most.

However, his 93 points placed him as the league’s 13th-best scorer, not exactly Art Ross credentials.

While Ovechkin can put up monstrous offensive numbers, the Art Ross Trophy is probably no longer in reach for the 36-year-old.

The Great 8 notched 90 points in 77 games and had his best offensive season since 2009-10. Obviously, age had no impact on his proficiency.

McDavid’s 100 points in 2016-17 were the lowest total in the aforementioned time frame. The last player to win the Art Ross with a sub-100 point season was Jamie Benn, who accomplished the feat with 87 points in 2014-15. The Blackhawks have a better chance of winning the Cup than seeing another Art Ross winner with such a low point total.

The Caps legend has a decisively better chance of winning the Rocket Richard than he does the Art Ross.

McDavid is the defending back-to-back Art Ross Trophy winner and has taken four of the last six scoring titles. The most dominant offensive player of a generation has four scoring titles, the most of any active player.

He won the 2021-22 Art Ross Trophy with 123 points, eight more than Jonathan Huberdeau and Johnny Gaudreau. McDavid scored 1.54 points per game, the most of any Art Ross winner since Nikita Kucherov notched 1.56 points per game in 2018-19.

Aside from Kucherov’s prodigious 2018-19 season, McDavid’s 123 points were the highest single-season tally since Joe Thornton scored 125 in 2005-06. Despite what the NHL odds suggest, McDavid is the lead offensive gun, the man you should back to win the Art Ross Trophy.

He offers exquisite value at +650, a line that will shorten as the season nears.

Draisaitl, another former Art Ross winner, fires in lockstep with linemate McDavid. Both are guaranteed buckets of points. The formidable duo combines brilliantly, making life miserable for opposing teams. It’s all about containment and mitigating the damage when Draisatil and McDavid are on the ice together.

Draisaitl won the Art Ross in 2019-20, the same season he was named the Hart Trophy recipient. While there’s no diminishing his distinguished 2019-20 accomplishments, Draisaitl’s chances of winning the two coveted individual honors received a massive boost when McDavid injured his quad, which limited him to 64 games.

I’m sure by now Draisaitl is used to playing second fiddle in Edmonton, a trend that will continue in 2022-23.

Matthews had 46 assists, giving him 106 points. He scored 1.45 points per game, the second most of the five favorites. The 2021-22 season marked a career-best in goals, points, assists, and overall productivity. His previous best, 1.27 points per game, came in the abbreviated 2020-21 campaign.

He plays for the Maple Leafs, the second most prolific offensive team during the 2021-22 season, thanks to Matthews’ contribution.